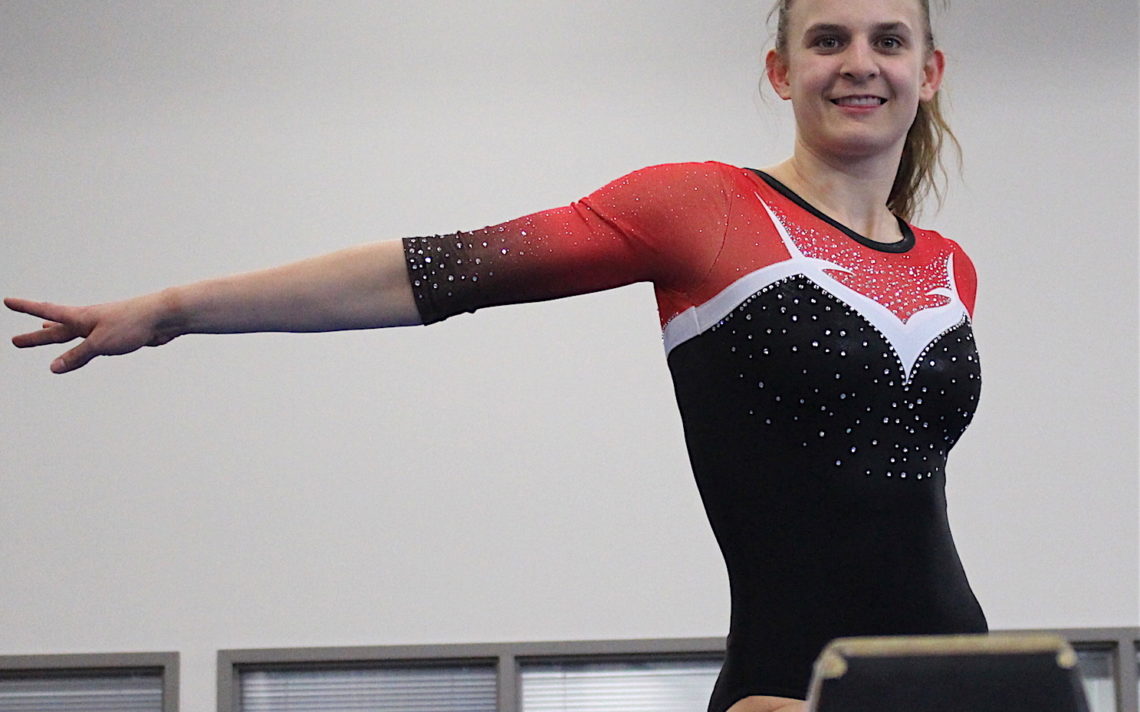 Things were going extremely well for Emilie Hamilton until the final 10 seconds of her floor routine at the provincial gymnastics championships.

“I kind of face-planted,” she said, with a laugh. “I had too much adrenaline.”

The 16-year-old Fonthill resident was disappointed in the moment, but quickly recovered.

“I looked at my other events and realized that I had done really well.”

Competing in the Level 7 age 16 plus division, the Grade 11 student at E.L. Crossley was second on bars, third on vault, 11th on beam and was 15th all around. She was also in the event finals for bars and finished seventh. 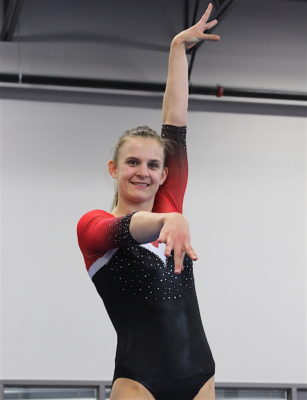 “It was disappointing, but she is very a positive athlete, she accomplished so much this year and made great strides this year and I think she was still happy with how she did,” Cranch said. “We were proud of how she handled it with her sportsmanship and still cheering on her teammates.”

And two medals at provincials is nothing to sneeze at.

“I’m delighted with that, but I also stuck my beam routine,” said Hamilton, who competes in cross country and track and field at Crossley and last year was part of a 4X100-metre relay team that made it to the Ontario Federation of School Athletic Associations regionals.

“It was a hit routine. There were no wobble, steps or anything.”

It was a big improvement on that apparatus.

“The beam has sort of been her nemesis this year,” Cranch said. “She has had a few falls and she finally put her routine together.”

Hamilton is looking at the provincials as another learning experience in her gymnastics career.

“Everything happens for a reason,” she said. “Maybe it wasn’t my chance this time and maybe it will happen next year.”

It will certainly provide her with motivation for next season as she trains five hours a day, three times a week at the gym.

She loves what gymnastics does for her.

“It pushes me and makes me do my best and it helps me overcome challenges and stuff.”

And her gymnastics training spills over to other areas of her life.

“The lessons learned help with school and determination,” she said.

“She’s motivated and she has big goals for next year,” Cranch said. “I know she’s going to work hard and we will see how far it takes her.”

Her success won’t be from a lacking of trying.

“Because it is my last year, I want to try and do the best I can and then know I finished well,” Hamilton said.

This past year, she feels the biggest stride she has taken has come on the bars.

“At the start of the year, my scores weren’t the greatest and then they increased,” she said.

Her scores were enhanced by learning a new skill called a giant, which is when a gymnast rotates 360 degrees around an axis in a fully extended position.

“It was difficult mentally because it was scary,” she said.