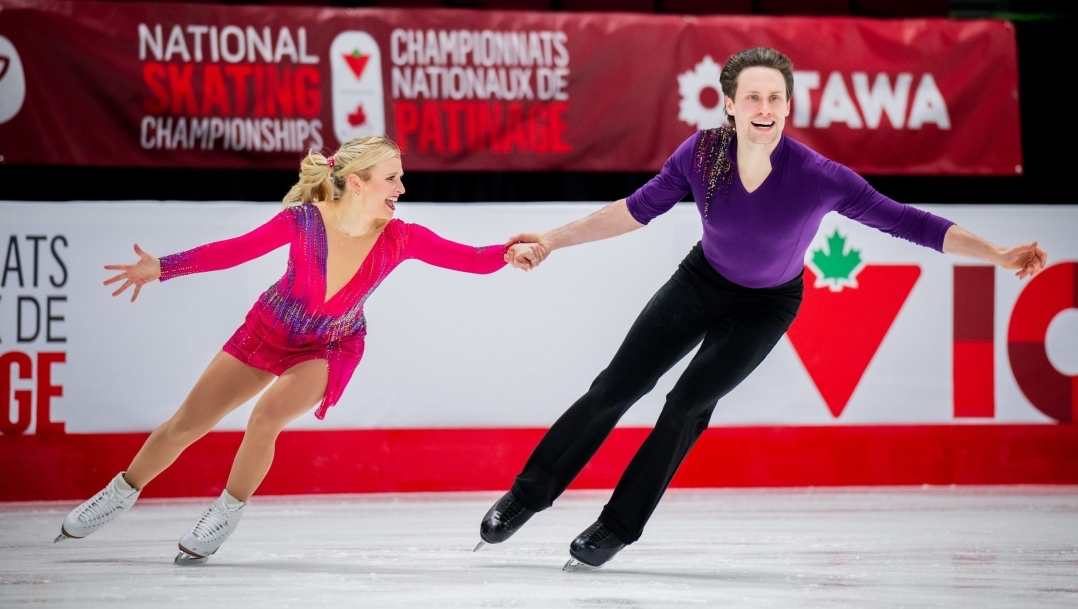 Kirsten Moore-Towers of St. Catharines and pairs partner Michael Marinaro of Sarnia are among the 13 figure skaters who will represent Canada at the upcoming Beijing 2022 Olympic Winter Games.

It will be the third Olympic appearance for the 29-year-old Moore-Towers, who also represented Canada at PyeongChang in 2018 and Sochi in 2014. At Sochi, Moore-Towers and former partner  Dylan Moscovitch helped Canada win silver in the inaugural Olympic team event with an outstanding free skate. They were also the top Canadians in the pairs event with a top five showing. Marinaro and Moore Towers were 11th at PyeongChang and sixth at the 2018 World Championships.

Moore-Towers and Marinaro won their first national title in 2019 and this past weekend in Ottawa won their third straight Canadian crown. Their winning score of 212.54 put them ahead of Evelyn Walsh of London and Trent Michaud of Trenton (186.52) and Deanna Stellato-Dudek and Maxime Deschamps of Vaudreuil-Dorion, Que. (178.60).

“It wasn’t perfect but definitely leaps and bounds ahead of what we’ve done this season,’’ Moore-Towers told the Skate Canada website. “Our goal was to go to Beijing as Canadian champions.’’

Moore-Towers and Marinaro built a lead of more than six points with a strong performance in the short program.

“We’ve had a very rough first half of the competition season so we’re thrilled to have something a little bit closer to what we are capable of,’’ Moore-Towers said after the short program. “And we get a little confidence for the rest of the season, and we really needed that.’’

The pair has also been named to represent Canada at the 2022 world championships March 21-27 in Montpellier, France.

The Olympic selection, announced Sunday in Ottawa, was based on international results and scores from the past two seasons and the results from last weekend’s 2022 Canadian Tire National Skating Championships. Canada qualified spots for two pairs teams at the Olympics at the  2021 World Figure Skating Championships last March. Marinaro and Moore-Towers were sixth at the 2021 worlds.

“I am very pleased to welcome the members of the figure skating team to Team Canada,” Catriona Le May Doan, Team Canada’s Beijing 2022 Chef de Mission said in a Skate Canada press release. “Canada has had such an incredible history of success in the sport of figure skating and the athletes heading to Beijing have had great mentors over the years. We will continue the tradition of excellence in the sport with this team that is made up of those with Olympic experience and some rookies. The precision and grace that these athletes carry on and off the ice inspire me and I look forward to watching them compete for Canada in Beijing.”

The figure skating competition will be held Feb. 4 to Feb. 20 at the Capitol Indoor Stadium. The team event is first on the schedule.