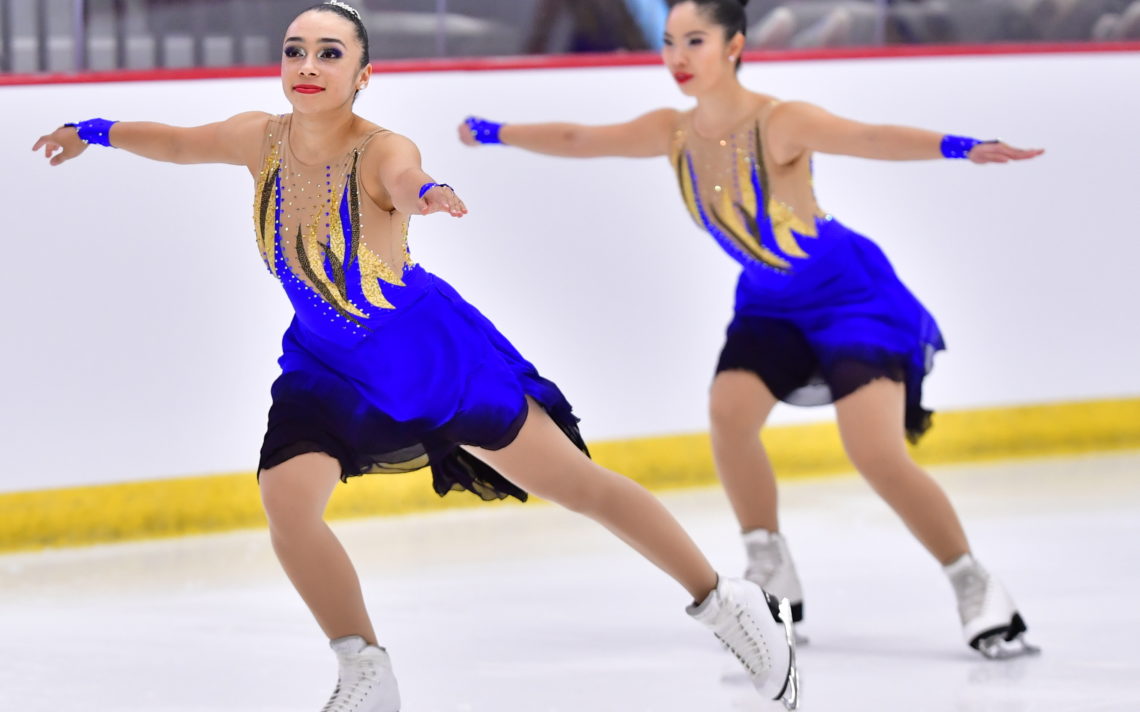 The 17-year-old St. Catharines resident was a member of the NEXXICE junior team that mined gold at the Skate Canada synchronized skating championships in Calgary.

“It was unbelievable,” Clark said. “After the short program, we were in first by 10 points and we kind of had a feeling that we would be able to win because we had such a big lead.

“Going into the free (skate), we stayed focused and confident because we knew we had to perform well to maintain the lead.” 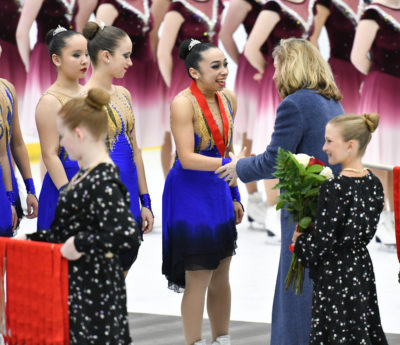 The team did just that and ended up finishing first by 13 points.

“That was definitely a dream come true for all of us,” the Grade 12 student at Holy Cross said.

It was an emotional moment for Clark, an eight-year veteran of NEXXICE, when the gold medal was placed around her neck.

“It was awesome,” she said. “I was co-captain this season and I was the first one to receive the medal. I remember that feeling of accomplishment and honour. It was just an amazing feeling.”

Being a co-captain made the moment extra special.

“I was proud of the team because we’ve come so far and we have had tons of challenges this season,” Clark said. “Being a captain, I was so proud to share that moment with the team.”

She took her captain’s role seriously.

“It’s more about demonstrating leadership by example, being friendly to everyone, making sure everyone is included and supporting them in everything that they do.”

She felt comfortable in the role.

“It was a bit different but I’ve always been a little bit more of a leader. I enjoy having that role and it was a lot of fun.”

Clark said there was one main factor that helped the team move to first from second at the Canadians.

“It was our work ethic,” she said. “We worked so hard and we had many goals this season.”

The team started its year at a competition in California in November and built from there.

“Our main goal was to win nationals because we hadn’t won it the past couple of years,” Clark said. “We just needed to continue to remember our goals and our training and not get too nervous on the ice.”

NEXXICE concluded their season by competing at the world championships in Nottingham, England, at the beginning of March. With the arrival of the COVID-19 pandemic, it was a worlds like no other.

“It was a lot different than years prior because we had to get tested every other day, we had to get our temperatures taken and if your temperature wasn’t in the right range, you had be isolated from the team,” she said. “Other teams from other countries had to leave before they competed which was really sad. We were lucky that we were able to compete.”

All the precautions and concerns added a lot of stress to the event.

“Our focus point wasn’t always on the competition and we were getting sidetracked with all the things that were going on around us,” Clark said. “I think that was a big challenge.”

The NEXXICE team ended up fifth in the world, which was the club’s best finish at the worlds in a while.

“It made us realize how strong we were as a team to be able to forget everything that was going on around us and just skate our best.”

Clark is not sure when training will start but she will be back with NEXXICE for her fourth season on the junior team. Training normally starts at the end of April but it’s obviously not going to happen that way in 2020.

To keep busy, she has been doing off-ice training, but it’s not the same as being on the ice. This will be the longest break Clark has ever had from skating.

“It’s really challenging and I miss it a lot,” she said. “I’ve been keeping in touch with my teammates and we are doing a lot of fitness, ballet and choreography on Zoom calls.

“That helps to keep us in it.”