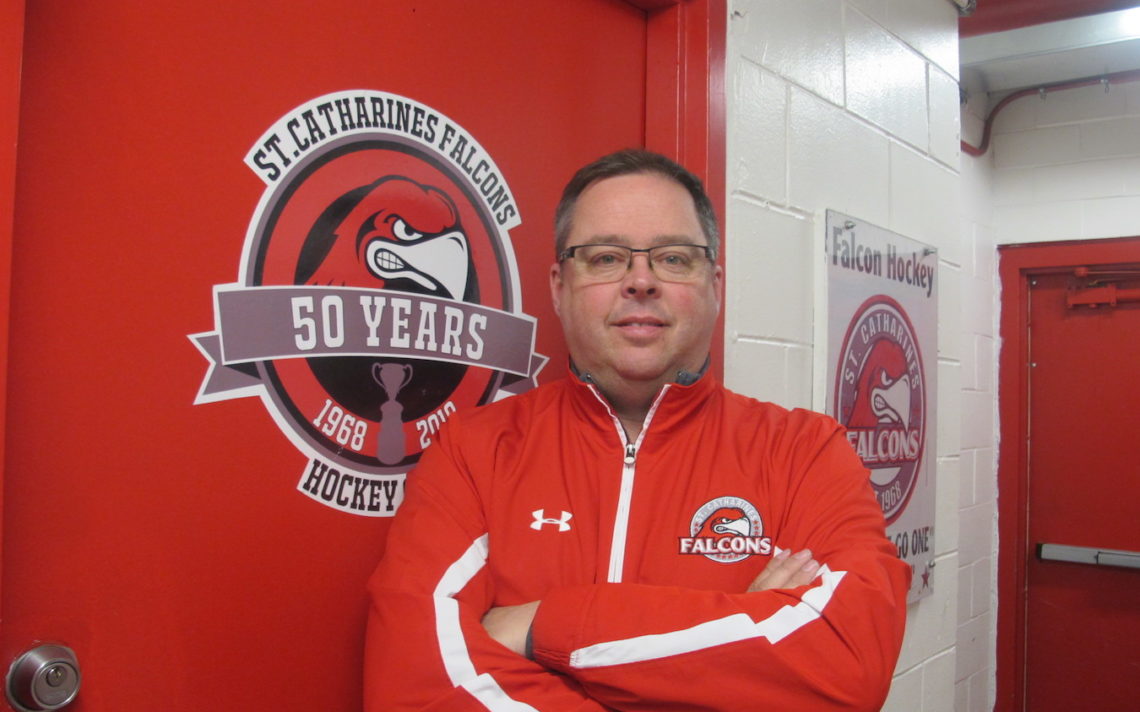 Girhiny back behind the bench

Frank Girhiny scratched his seven-year itch and is back behind the bench of the St. Catharines Falcons full time.

“I’m really excited about coming back. I’m as excited as I was when I took over the team seven years ago,” Girhiny said. “Deep down, I’m truly a hockey coach.

“Coming back halfway through last year being on the bench whetted my appetite again and I wanted to be involved.”

Girhiny had stuck to his general manager duties for the last two seasons while Chris Johnstone and Dan Fitzgerald acted as head coach. Girhiny went back behind the bench about halfway through last season with Fitzgerald moving into an assistant’s role. Fitzgerald was recently appointed head coach of the Milton IceHawks of the Ontario Junior Hockey League.

“If I’m the general manager why not be the coach too? I can do it. Everything is on me and my coaching staff now,” Girhiny added. “I just have the desire.”

Girhiny curtailed his coaching the last two seasons to free up time to follow his son Christian, who is a forward with the Erie Otters.

“He’s going back as an over-age and his career is finishing up,” Girhiny said. “The timing was good. I can still get away when I need to to watch him play.”

Girhiny admitted it wasn’t always easy to watch another coach behind the bench.

“Being a coach and separating that, I found that difficult,” he said. “That’s why I’m back coaching. It’s what I love to do. I have a passion for it and now that I’m back I’m looking forward to our spring camp and recruiting players and getting this thing going.”

Girhiny is putting the finishing touches on his staff and expects to announce his assistants shortly. Earlier this week, former Brock assistant Greg Cappellero was named assistant general manager and director of player personnel.

“It’s very important and I’m really comfortable with our staff. It’s going to be really good.”

The Falcons had an outstanding season, but came up short in the Golden Horseshoe finals where they were swept by the Caledonia Corvairs. The Falcons had hoped to celebrate their 50th anniversary season with another Sutherland Cup championship and brought in several high-profile ex-Ontario Hockey League players.

On paper the club looked proficient, but the team failed to form into a cohesive unit.

“It’s a matter of getting the right 20-year-olds,” Girhiny said. “If they buy in and accept where they are playing — that’s the biggest challenge with some guys coming from the OHL they are no longer OHL players, they are junior B players —and they have to get around that.

“I don’t have a sour taste. Mike Davies was the fifth-leading scorer in the GOJHL so he did wonders for us. You look at the balance with Tyler MacArthur, Matt Busby, Owen Savory and Lukas Smilsky. Our 20-year-olds were real good.”

Girhiny did say he won’t chase after players perhaps as much as he had in the past.

The Falcons are holding a goaltender’s camp June 1 and a rookie camp June 2-3 at the Seymour-Hannah Sports Complex.

“You’re looking for a diamond in the rough. We’re looking for a goalie. We have a spot for a goalie and players who showcase themselves well we will invite to our main camp. We’ve been able to sign a couple of kids out of these camps and we’re excited to see who comes out.”

Girhiny is excited for next season.

“I like the way a lot of our young guys played this year and they’re coming back and we should have a really good team again.”