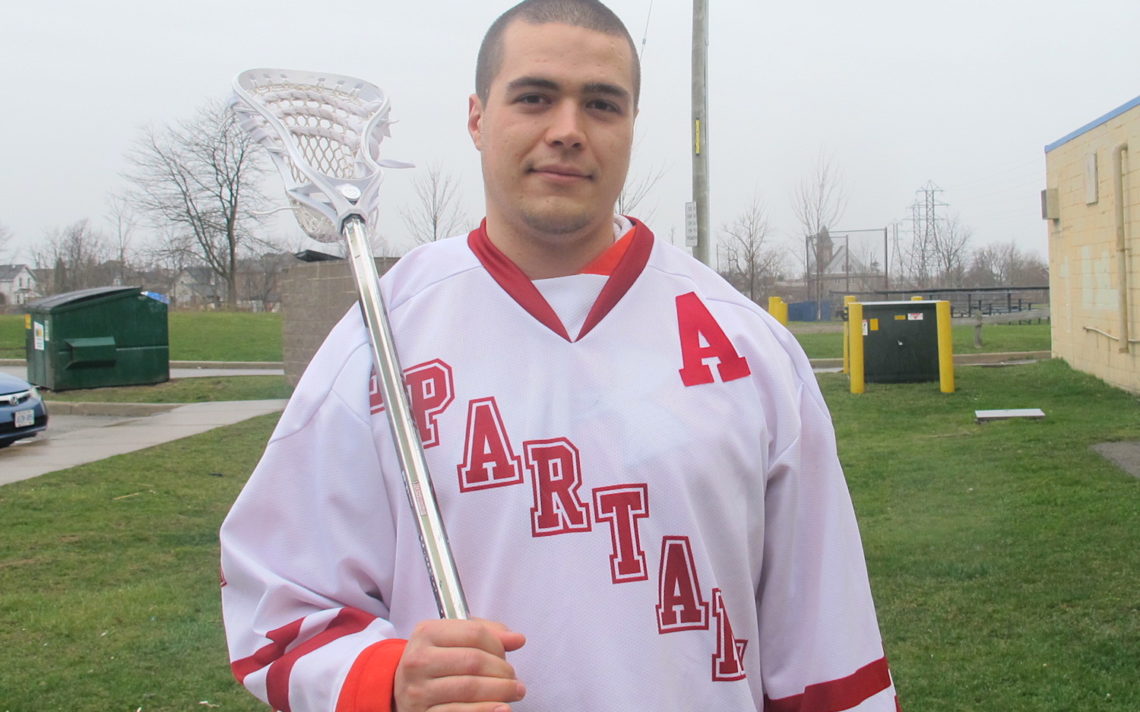 Veteran Spartan thrilled to be back

Adam Kirchmayer wasn’t prepared to sail off into the sunset.

The 21-year-old Welland native missed all of last season after suffering a concussion in pre-season, but is back healthy and ready to finish off his last year of junior with the St. Catharines Spartans.

“I didn’t want to miss this year,” Kirchmayer said. “I definitely wanted to play.”

Kirchmayer knew as soon as he suffered the injury he would probably have to sit out the season.

“I wasn’t feeling well and I was taking four courses at school so that was a full course load,” he said. “I just didn’t have the time or health to play.

“I missed it like crazy, but it was nice to have a new coaching staff and start from the ground up. We have a good team out here this year so I’m excited.”

Kirchmayer, a math major at Brock, admitted it was tough to sit on the sidelines.

“Last year I didn’t go to any games. I really stayed away from it because it would have made me sad not to be able to participate,” he said.

The Spartans were more than happy to welcome the transition player back.

“We wanted him back. He has really close ties with the coaching staff so hopefully that was part of why he wanted to come back and play for the red and white,” Spartans general manager Chris Spiers said.

Asked what he means to the team, Spiers was quick to answer.

“Everything. He’s like one of the leaders,” he said. “He’s not just 21. He plays tons of minutes and he’s one of those kids. It’s the way he carries himself.”

Kirchmayer collected an assist as well as 17 minutes in penalties last week as the Spartans dropped their season opener to Hamilton 12-4.

“I think Adam knows he has to settle down a little bit but he’s put a lot of stuff on his shoulders,” Spiers said.

The Spartans take on Kirchmayer’s old team, the Welland Generals, Friday at 8 p.m. at Merritton Arena.

“We’re missing some quality players still,” the veteran GM said. “I think a lot of them learned that playing in the Merritton Arena is like playing in a pinball. It takes a little bit.

“We had eight guys who never played junior B before and two of them were 15-year-olds.”