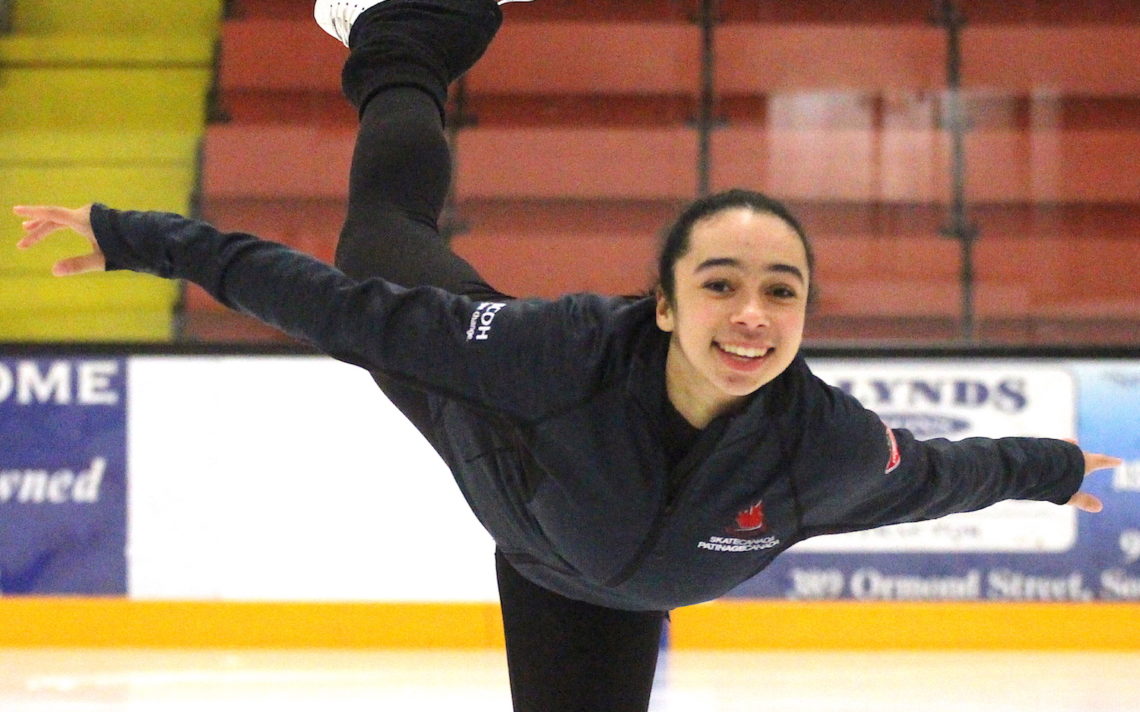 Since joining the Burlington Nexxice synchronized skating program six years ago, Avery Clark has found the sport a perfect fit.

“I like being on a team and doing a sport you love but not having the pressure to be your best because everybody trusts you and relies on you,” the Grade 10 student at Holy Cross said.

The 15-year-old joined Nexxice when a fellow member at the Thorold Figure Skating Club who belonged to Nexxice, asked her to try out.

It was love at first skate.

‘You are on a team but no one is asking you to be the best,” Clark said. ‘There aren’t different positions and we are all doing the same thing. You can help each other out and no one gets mad at you if you mess up.

“It’s all teamwork and it is really fun.” 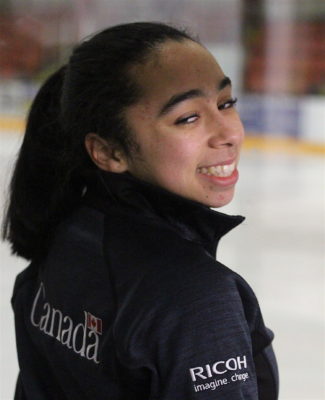 Since joining Nexxice, Clark feels she has made excellent strides as a skater.

“I think I have progressed a lot. I started at a young age and have worked my way up,” she said. “I have had different coaches each year and different experiences and I have worked hard.”

Nexxice head coach Trish Perdue-Mills loves having her on the team.

“Avery is a wonderful team player, with excellent work ethic and always a big smile on her face,” she said. “She is an absolute pleasure to coach and a wonderful teammate to her peers.”

Being a great teammate is crucial for success in the sport.

“You need to have the capability to rely on others and trust other people,” Clark said. “That is the biggest part of synchronized skating.”

Her team recently qualified to represent Canada at the world championships March 16-17 in Zagreb, Croatia. Needing to finish in the top two at the worlds qualifier in Mississauga, Nexxice placed second in the short program and first in the free program to place second overall.

It will be the first time Clark will be going to the world championships.

“I have never been to Croatia and I am really looking forward to the trip,” she said. “I have never travelled that far before with a team.”

It will be her second big trip of the winter. Before the worlds, Nexxice is heading to Sweden Jan. 22 to compete at the Leon Lurje Trophy 2018 on Jan. 27 and 28.

To prepare for these events, the team has a gruelling practice schedule.

“A normal schedule would be three times a week but when we get closer to competitions we add practices,” she said. “We may go five or six times a week.”

Each practice can last upwards of three to four hours.

Clark, who also skates at the Thorold Figure Skating Club but doesn’t compete, has lofty goals for her skating career.

“Synchronized skating is pushing to be in the next Winter Olympics and that’s my goal; to be in the Olympics,” she said.