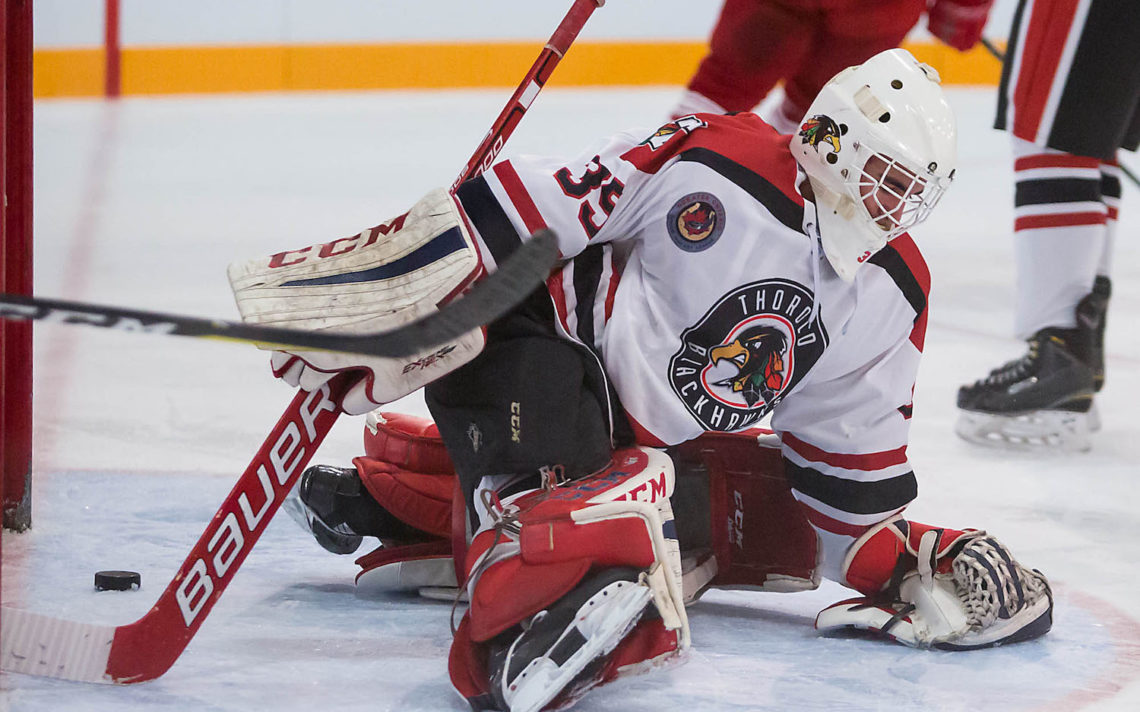 The 17-year-old was selected by the Kitchener Rangers in the fourth round of the 2017 Ontario Hockey League U-18 Priority Draft and wanted a place to play where he could develop.

“I always watched the Blackhawks growing up and I always wanted to play in my hometown,” Tremonte said. “When the offer came up, I was all over that. Scott put me in a position to play a lot of games so for my development and to be at home, it was probably the best for me.”

Barnes, who took over as owner of the team in the summer, felt Tremonte would be a good fit for the organization.

“He’s been real important for us on and off the ice, being a kid from Thorold,” Barnes said. “There were other teams trying to sign him in the summer and the one thing I offered him was the ability to play a lot of games. I knew we were going to be a young team and rebuilding with no goalies returning. I knew he would get a chance to play here.”

Tremonte, who played his major midget season with the Niagara North Stars and also got into a game with the Fort Erie Meteors, has more than held up his end of the bargain with a 3.62 goals-against average and .889 save percentage as the Hawks primary goalkeeper.

“I started off and wanted to make sure in my first year of junior — I knew it would be a step up and be faster — so it was getting confidence in myself. Now I’ve played some games and have more confidence and feel like I belong here.”

Barnes has no complaints with Tremonte’s game.

“I think he came out real strong and had a good start,” Barnes said. “There was a little part in the mid season if you ask him he’d probably say he would have liked to be playing a little better, a little more consistent. Overall, a 17-year-old goalie starting a lot of games in junior hockey, there’s going to be some ups and downs. We knew that going in.”

Barnes said he could have brought in a more experienced netminder.

“I had opportunity to bring 19- or 20-year-olds in that maybe would have helped us but I want to grow with this team. I want my young guys to play. He’s been a rock back there for the most part.”

Barnes said the Rangers have been in contact to check on Tremonte.

“Kitchener couldn’t be more happy with where he is at in his development and what’s he’s getting here as far as a chance to play,” he said.

With over a half a season under his belt, Tremonte doesn’t regret his decision to join the Hawks one bit.

“I’m so happy. I’m so glad to be here and be in my hometown,” said Tremonte, a Grade 12 student at Denis Morris. “Scott has been great picking the team up after all the difficulties at the end of last season. “So far, so good.”

The Blackhawks, who feature one of the league’s youngest squads, have had their share of ups and downs but overall have to be satisfied with their season to date.

That’s a big reason Barnes said he didn’t bring in any veterans at the deadline. He did ship 20-year-old rearguard James Guest to Niagara Falls but only because he wanted to keep his word that he would try and get him on a winner in his final season of junior.

“He didn’t really want to go anywhere,” Barnes said. “It took his best friends getting traded to the Falls from St. Catharines for him to want to go anywhere. I think that says a lot about our team that he didn’t want to leave these guys.”

The Hawks defeated the Pelham Panthers 5-4 in double overtime Thursday night at Thorold Arena to improve to within one game of .500 at 15-16-3-3.

“At the end of the day I don’t think it matters where we finish,” Barnes said. “We just want to be playing the right way heading into the playoffs. All these guys have been getting better progressively as the year went along and they deserved the chance to get the experience of being in a playoff run. It’s only going to help in their development.” 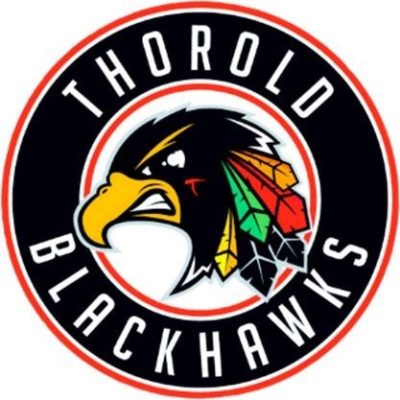