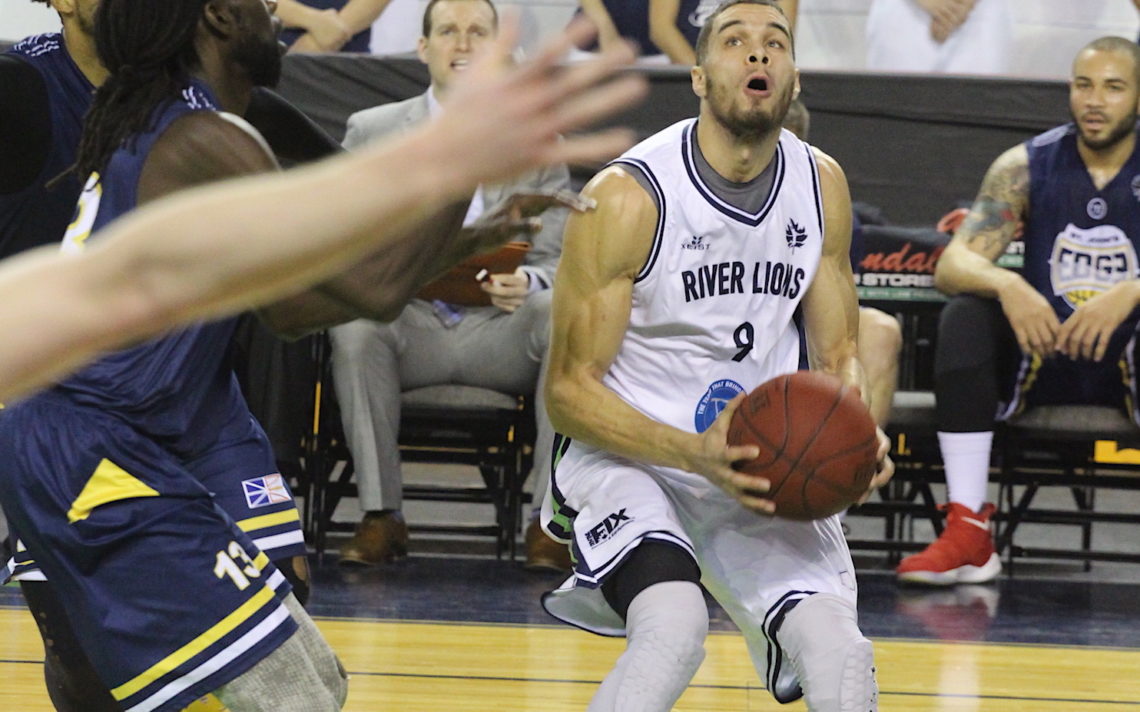 Guillaume Boucard had 34 points and 12 rebounds Friday night as the Niagara River Lions fell 99-97 to the visiting St. John’s Edge in National Basketball League of Canada play at the Meridian Centre. Photo by BERNIE PUCHALSKI.

Sitting in third place in the National Basketball League of Canada’s Central Division, it’s time for the Niagara River Lions to make a move.

“There’s no question that 9-11 is not where we want to be, but that included a tough schedule,” Niagara head coach Joe Raso said, before his team lost 99-97 to the visiting St. John’s Edge Friday night. “We have had six tough games against London and we have had 13 games on the road.

With that in mind, the River Lions added some bodies headed into three games in three days this weekend. 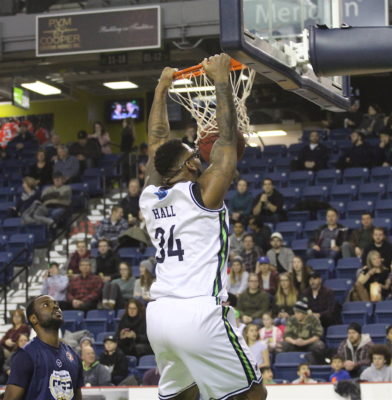 First on the addition list is the return of Carl Hall. The 6-foot-8 former Wichita State Shocker who competed in the NCAA Final Four in 2013 played five games for the River Lions earlier in the season, averaging 9.6 points and 5.0 rebounds a game,

“He had a contract offer that was going to go four weeks and he opted out,” Raso said. “Then we opted back in.”

According to Raso, the team knew early in the season that Hall might have to go play in Korea for three weeks.

“The intent was for him to go there and come back,” Raso said. “Sam (Muldrow) got injured last week so it is good to have Carl back.” 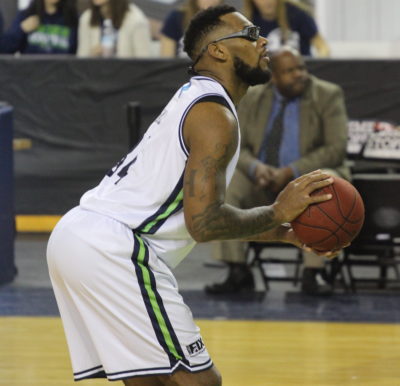 Hall had 17 points and six rebounds and 27 minutes of playing time in his return Friday.

Another big add for the River Lions was 6-foot-9 forward C.J. Aiken.

He played for the Sacramento Kings in the NBA Summer League in 2013 and spent one season in the NBA Development League with the Erie Bayhawks. Since then, he has been playing Division 1 pro ball in Poland.

“He is a bonafide big,” Raso said. “He is a big who can run the floor, jump and he gives us a lot of length.”

The River Lions are excited to add Aiken to the roster.

“He wanted to come home and we were able to work it out,” Raso said. “We think down the road that he will be very good for us.” 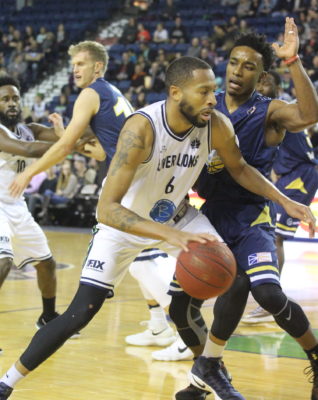 In another move this week, Niagara acquired Anthony Stover from the Saint John Riptide in exchange for the River Lions’ first-round pick in the 2018-19 NBL Canada Entry Draft and future considerations.

Stover, a 6-foot-11 forward from California who played two seasons at UCLA, was the 2015-16 NBL Defensive Player of the Year. This season in 10 starts with Saint John, the 27-year-old averaged 6.9 rebounds and 4.8 points per game. He also led the squad with 23 blocks.

“He will give us a little bit of depth and right now he is on the inactive list,” Raso said before Friday’s game with the St. John’s Edge. “He won’t play tonight (Friday) but he may play this weekend.”

For now, Stover will reside on the team’s inactive list along with Joe Rocca and Andravious Smith.

“What we have done is built up our roster a little bit,” Raso said. “We have active guys and inactive guys to try and make sure down the stretch in the next 20 games that we have a complete roster.

“We don’t want to play with a depleted bench.”

BPSN Star of the Game: Niagara’s Guillaume Boucard with 34 points and 12 rebounds.

Up next: The River Lions are on the road versus the Kitchener-Waterloo Titans Saturday before hosting the edge Sunday at 2 p.m. at the Meridian Centre.