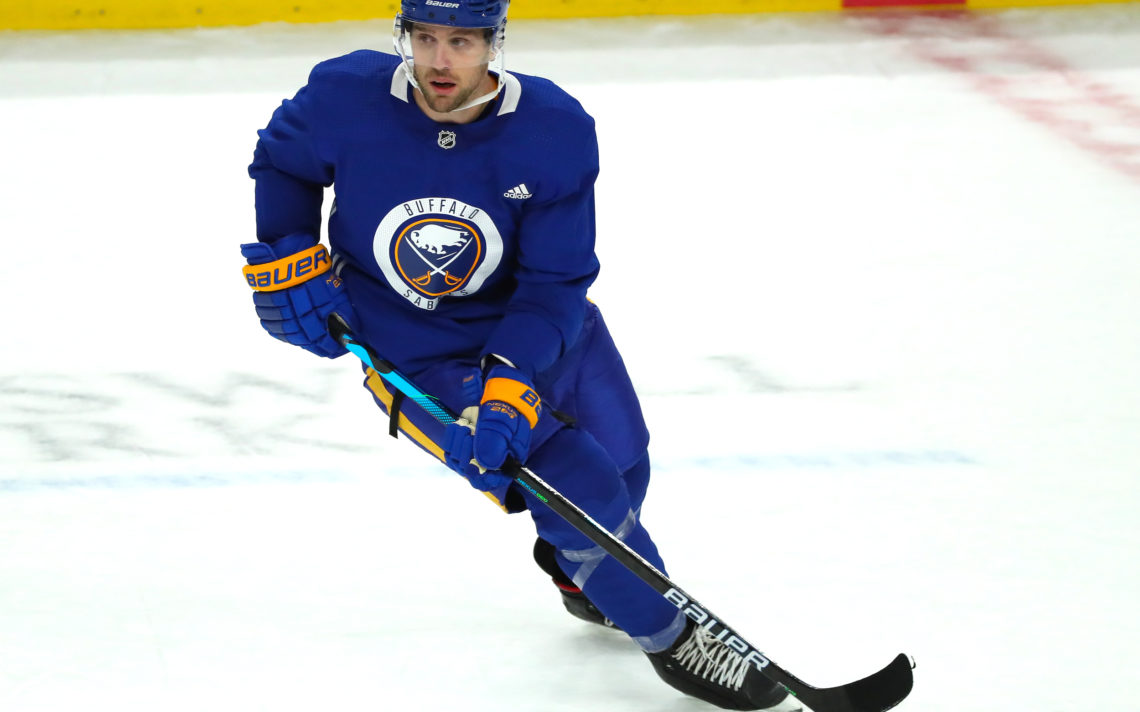 The 29-year-old St. Catharines native and former junior B Falcon signed a one-year, $700,000 deal with the Buffalo Sabres last week after attending training camp on a professional tryout contract.

“It was really nice,” Sheahan said of being able to get the deal done. “The proximity and closeness to home and being able to travel quickly and the familiarity with the area and growing up and watching the Sabres training camp in St. Catharines, as well as being part of a good group — if you look at our roster we have a really competitive team — you add all those things together and I think it’s a good fit.”

Sheahan admitted it was a different experience attending camp without a guaranteed contract.

“It almost pushed you a little harder knowing you didn’t have the stability,” he said. “Nothing was guaranteed.

“I really focused this summer on working on my mindset and doing some training and get physically stronger, but mentally working on some different things because that’s half the battle in this league.”

Sheahan said a chat with Sabres head coach Ralph Krueger persuaded him to attend camp despite the uncertainty.

“I spoke with him before I decided to sign a PTO and everything I heard from guys who played for him, everybody said the same thing,” Sheahan said. “He’s an unbelievable person and knows hockey really well. He gets how to manage his team and how to connect with the guys personally and bring the best out of them.

“Everything I have heard and everything we spoke about has been accurate for my first little bit here in Buffalo. It’s been awesome.”

Sheahan was selected in the first round of the NHL draft by the Detroit Red Wings in 2010 and has moved around quite a bit in his career. After four full seasons in Detroit, he was dealt to the Pittsburgh Penguins before moving to Florida and then Edmonton last season.

He would love to put down some roots, particularly so close to home.

“It would be great,” he said. “Obviously this year is a one-year thing so you don’t want to look too far into the future but this would be a great area and city to play for and a great team and organization.

“I think the proximity to St. Catharines and being able to share my playing experience with my family and friends — I had the pleasure to do that in Detroit and Pittsburgh being only four hours away — but this is a whole other thing being in an arena I grew up watching games in. It would be pretty special.”

Sheahan, who has 66 goals and 164 points in 513 NHL games, feels he can be a solid piece to the puzzle as the Sabres attempt to qualify to the playoffs for the first time in a decade.

“I think I know what I can bring,” he said. “The penalty kill will be nice to help out with and bringing some depth. With COVID and the way this season is going to be with 56 games in a shortened amount of days I think guys are going to go down and you have to be ready to play in whatever role you’re asked of.”

Sheahan is living in a downtown hotel for the time being before moving into a furnished apartment he found on a short-term rental.

He often walks by the water near KeyBank Centre and wishes he could cross over the Peace Bridge to visit his friends and family in St. Catharines.

“As nice as it is being here and so close to home, it’s a little frustrating I can’t get home or can’t have people come down,” he said. “I walk the boardwalk here and I feel I can throw a rock at Fort Erie. It’s a little weird.”

Sheahan began his junior career with the Falcons when he was called up in the Sutherland Cup playoffs as a 15-year-old in the 2006/07 season and then played two more years for the club before attending Notre Dame University.

“Some of my greatest hockey memories are from playing junior B and then minor hockey and high school as well,” he said. “I still keep in touch with a lot of the guys I played junior with. We still try to get together for a little reunion in the summer. It is definitely close to my heart.

“From a hockey standpoint, I had so much fun and learned a lot and that obviously was the first step towards being a professional. It was unbelievable. Playing in the Jack Gatecliff (Arena) when I first started in minor midget and getting called up to play in the Sutherland Cup with the Falcons, that was my first taste of playing in front of crowd and playing against guys who were older and more mature. It was definitely special.”