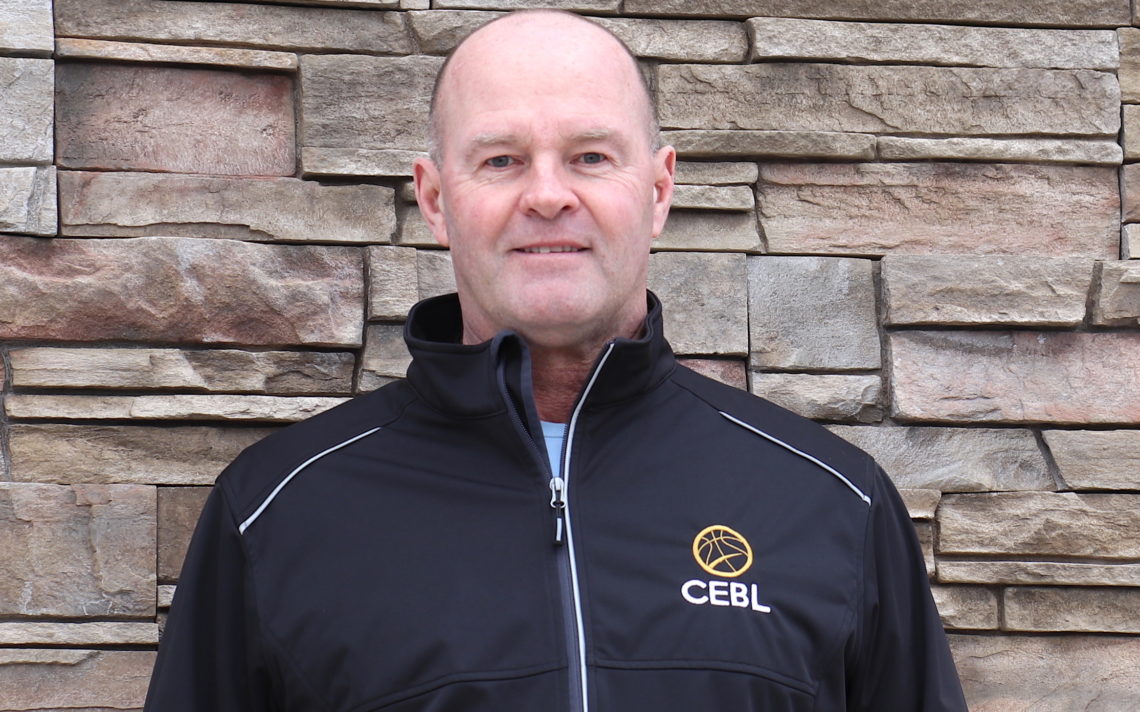 Kevin Moore had no noble intentions when he decided to become a basketball ref 25 years ago.

“A friend of mine (Mike Holmes), who I was teaching with, suggested that I referee and I looked at him like he had two heads,” the 58-year-old Grimsby native said. “He told me that it would pay for my golf and I said, ‘OK. Where do I sign up?’ I became an official that year and two years later I was reffing university (ball).”

He quickly discovered that wielding a whistle was something that didn’t blow.

“I didn’t think that I would like it but I loved the game and knowing the game like I did, it was more about learning the mechanics and the rules. The feel for the game was the easy part for me,” said the retired teacher and coach at Governor Simcoe, South Lincoln, Grimsby and Kernahan Park.

After graduating from Grimsby and District Secondary School, the 6-foot-7 Moore spent two years playing basketball at Acadia, winning the team’s top rookie award in his first season, and then ending his post secondary career with three seasons with the Brock Badgers. At Brock, he was a three-time Ontario University Athletics First Team All-Star and led the nation in rebounding in 1985.

That illustrious, long career didn’t mean Moore was in instant expert on the rules of basketball.

“The rules for basketball are more complex than people realize but it was something that I picked up pretty quickly.”

Moore spend several seasons refereeing OUA West hoops but hasn’t done it for seven or eight years now. He is involved with officiating the Niagara River Lions and Canadian Elite Basketball League games. Officials must have a Level 4 certification to do university, college and CEBL games.

In a typical non-pandemic year, Moore estimates he would do about 250 games a year. In addition to officiating, Moore is in his second term as president of the Niagara District Basketball Referees Association.

His motivation to be the volunteer prez is simple.

“To me, it’s about quality,” he said. “There’s nothing worse for kids who step on the court after working hard all week at practice and coaches who have worked hard at practice and you get into a game situation where officials are not as good as they should be,” he said. “I have had those situations myself and it is very frustrating.

“Not everyone is going to be a great official but I want to see everyone be the best that they can be. They have to work at it and we work at it together.”

It is a group effort.

“Our executive is phenomenal and we are all about making everybody better as much as we can,” Moore said. “When other schools and teams come into Niagara, they will leave saying, ‘Man those guys are good officials down there.’ That is my drive to do that.”

“You have to like basketball and you have to want to work at it because it is not easy,” he said. “Even if you know the game or think you know the game, there is still lot to learn. Mechanics are one thing and rules are a whole other ballgame.”

“It’s all about working games over and over with people who have done it for awhile and can provide you with mentorship.”

You also need to be fit enough to get up and down the floor, especially if you want to ref at the higher levels.

“When I do River Lions games, those guys are fast and you have to be able to move.”

Moore feels good basketball refs have to have proper mechanics, good knowledge and a feel for the game.

Giving coaches a little bit or rope is something Moore had developed over time.

“I learned a long time ago from some high-end officials the respect is the main thing,” he said. “When coaches are being respectful and asking questions I will talk to them all day long. But as soon as that respect factor is gone, then all conversations are gone.”

Part of earning that respect is to admit when you have made a mistake.

“In the middle of a game during a timeout, I have gone to coaches, apologized and told them that I screwed that up. Coaches, for the most part, are very receptive to that,” Moore said. “You try to diminish those apologies as much as you can by making the right calls.”

Moore has thoroughly enjoyed his officiating career with the highlight being the opportunity to officiate the Canadian Interuversity Sports national championship in Halifax.

“I am also proud that I was selected to ref in the CEBL and did the semifinals this year on TV even though I tore my hamstring in the second quarter and had to leave the game.”

He also gets a kick out of officiating Ontario Scholastic Basketball Association games at Ridley College.

“You go down and ref a Ridley game and the next year the kid you just finished refereeing is playing in the NBA. I reffed a few of those kids.”