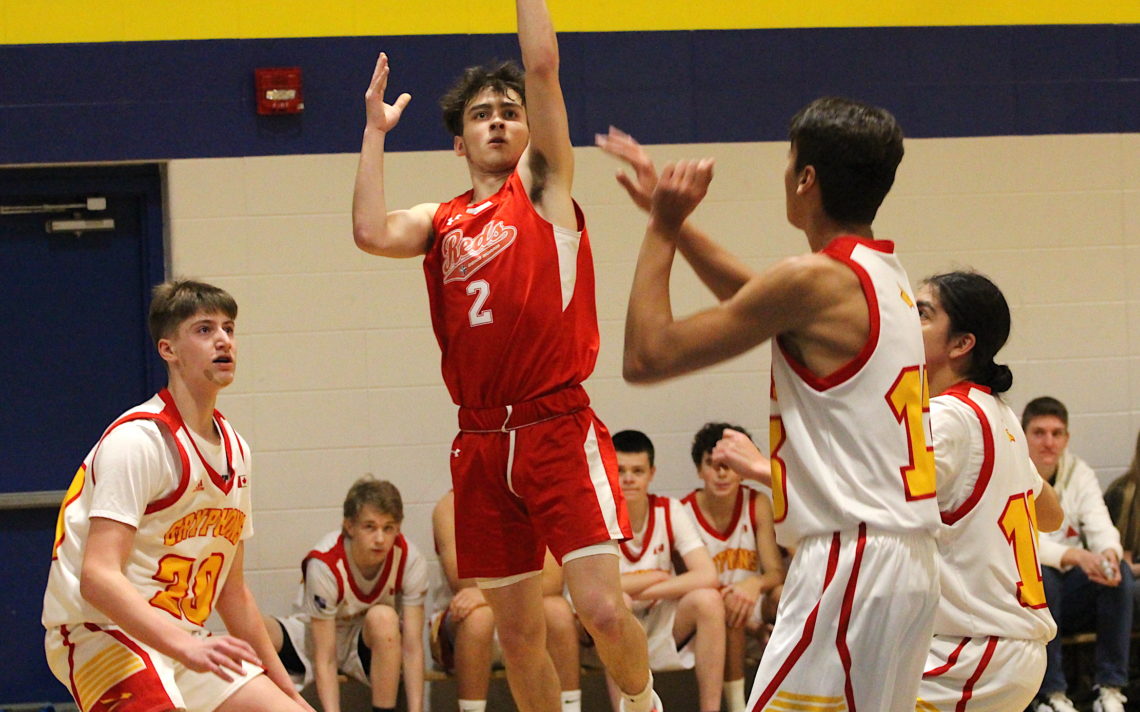 In normal times, the Welland Tribune Boys Basketball Tournament would be in the midst of semifinal action Friday heading into a packed house Saturday at Notre Dame.

But with the COVID-19 pandemic halting high school sports, the tournament has been cancelled for 2021. It’s sad news for players, coaches and fans but the one bright spot this week was the tournament committee announcing the recipients of the tourney’s scholarships and Mike Mitruk Bursary.

“It is a very rewarding experience for our entire committee to sit down, go through the applications and then award the scholarships to the recipients,” tournament co-chair Don Larman said.

Money received from the tourney’s community sponsors, who take out ads in our program, gate admissions, school buyout games, and advertising go directly towards our scholarships.

Mountainview is delighted to help.

“Giving back to the community and helping kids is a commitment we take seriously at Mountainview Building Group. We know that physical activity and wellness go hand in hand,” Mountainview president Mark Basciano said. “Congratulations to all the scholarship recipients this year. We hope to be able to come out and cheer on everyone in person next year.”

Larman would have loved to have been getting ready for Saturday’s championship night.

“Under normal circumstances, basketball players, families and spectators in Niagara would be participating and actively involved in a very exciting 66th Tribune tournament right now,” he said. “Due to the worldwide health crisis with COVID-19, it is not possible to host a safe and healthy tournament for everyone involved.”

The safety of everyone is the tournament committee’s No. 1 priority.

“The players, coaches, and community supporters of the tournament who I have spoken with over the past few months have expressed a disappointment that this strong, historical, community-supported tournament cannot take place,” Larman said. “However, they all understand the necessity of postponement. It is heartbreaking to see our athletes not being able to participate in something they love and especially the senior players who will be moving on to post-secondary next year. Our tournament focus is now to look forward to hosting the tournament in January 2022 and our committee is ready for that challenge.”

The committee decided in December to cancel the tournament. The tournament has been rescheduled twice before because of work-to-rule actions, but this is the first time it has been cancelled.

Below are the scholarship and bursary recipients.

Coach’s comments: “Samuel has done an exceptional job of balancing school, multiple athletic teams including basketball and football, part-time work and the other extracurricular activities he has been involved in.  Samuel played basketball for four years at Lakeshore Catholic and was a starter each year. During this period of time, he was a team leader and consistently improved in his skills and confidence. Samuel was our point guard and quarterback, was tireless and a very strong offensive and defensive performer.  Samuel diligently attended practices and games and was committed to filling a leadership role on the team.”

Coach’s comments: “Aiden has been an excellent leader for the E.L. Crossley senior boys basketball team this season, both on and off the floor. He demonstrates this with his work ethic and dedication to team practices and games. Aiden is alway trying to help and support his fellow teammates to improve and play their best. He is a very coachable and hard-working player.”

Coach’s comments: “Jason has been an excellent leader for the E.L. Crossley senior boys basketball team this season, both on and off the floor. He demonstrates this every day with his work ethic. Jason is dedicated to the team with his commitment to practice and games and he is always trying to help his fellow teammates improve to play their best. Jason is a very coachable player and studious of the game.”

Coach’s comments: “In his three senior seasons, I have watched Shammar progress from a role player in his first year to a  starter and team leader in his final year. Throughout these three seasons, he played a key role in the success of the team. His ability to defend the other team’s big man gave us a tremendous advantage in most games. Shammar’s greatest strength was his ability to play in transition. In the open floor, he could use his natural athletic ability to get to the basket and score.”

Coach’s comments: “I have had the pleasure of coaching Andrew for three years. In Grade 10, Andrew moved up to play senior basketball and this season he was one of our team leaders. Andrew has out in countless hours behind the scenes working on both his basketball skills and academic studies.

“During his time at Notre Dame College School, Andrew has shown he is a highly reliable individual who has been able to maintain academic excellent while remaining dedicated to his commitments such as basketball, social justice causes and part-time employment. Andrew has had some great Tribune Tournament moments. He has been a First Team All-Star, a Second Team All-Star and was named Player of the Game in the 2018 championship game. He was also the tournament’s leading scorer in 2019.”

Attending: Pursuing his post-secondary studies in the near future.

Coach’s comments: “David is a four-year member and a four-year starter with the Notre Dame basketball program During his time at Notre Dame, David has been one of the most hardest working and dedicated players the program has seen. Over the years, he has worked tirelessly at practice and in the weight room to improve both his overall basketball skills and physical conditioning. This hard work has earned the respect and admiration of both players and coaches alike from all over the Niagara region.”

Coach’s comments: “Nick is a strong student-athlete. He possesses a great work ethic both on the court and in the classroom. His strong character traits of dedication, commitment and responsibility have enabled him to experience much success through his high school career. Nick is always looking for opportunities to grow and develop on the court. He is a great teammate who is well-respected by his fellow players and coaches. Nick has excelled and gained many personal accolades throughout his high school years and he has received this recognition with humility and class.”

Mike Mitruk Bursary Recipient: The criteria for this bursary includes: played in a minimum of two Tribune Tournaments; athlete has done community service above and beyond the 40 hours required; athlete is active within their own school with mentoring and/or coaching; and, athlete is planning to pursue post-secondary studies.

Principal’s comments: “Michael is a member of the DM Safe Talk/Suicide Prevention Team, trained specifically to be a student mentor who others can rely on to be a supportive and sympathetic listener, trusting confidante and a caring friend. Michael has been a part of our peer tutoring program in math and science and has helped junior level students achieve academic success. Additionally, Michael is a member of our Chaplaincy Crew and regular demonstrates his faith by reading scriptures and petitions of the faithful during school-wide masses.

“Michael’s volunteer hours outside of school hours are also numerous from attending social justice events like Pilgrimage and Starvathon, whose mandates are to raise funds for the needy in Third World countries, to volunteering as a mentor to two full-day Grade 9 retreats. Michael demonstrates how service to others can be both local and global. He regularly volunteers his support to teachers as their secretary during parent/teacher interviews and offered his services to the girls basketball teams as a regular scorekeeper. Further to this, Michael was involved in multiple Grade 9 Open House events where he encouraged and educated prospective students on the benefits of being involved in various clubs and teams such as ski club, volleyball and basketball.

“Finally, Michael even took time during the summer months to volunteer at the local Greek festival and, over the course of two summers, he spent 30 hours volunteering as a basketball assistant coach for 9-12-year-olds at Camp Olympia in Huntsville.”