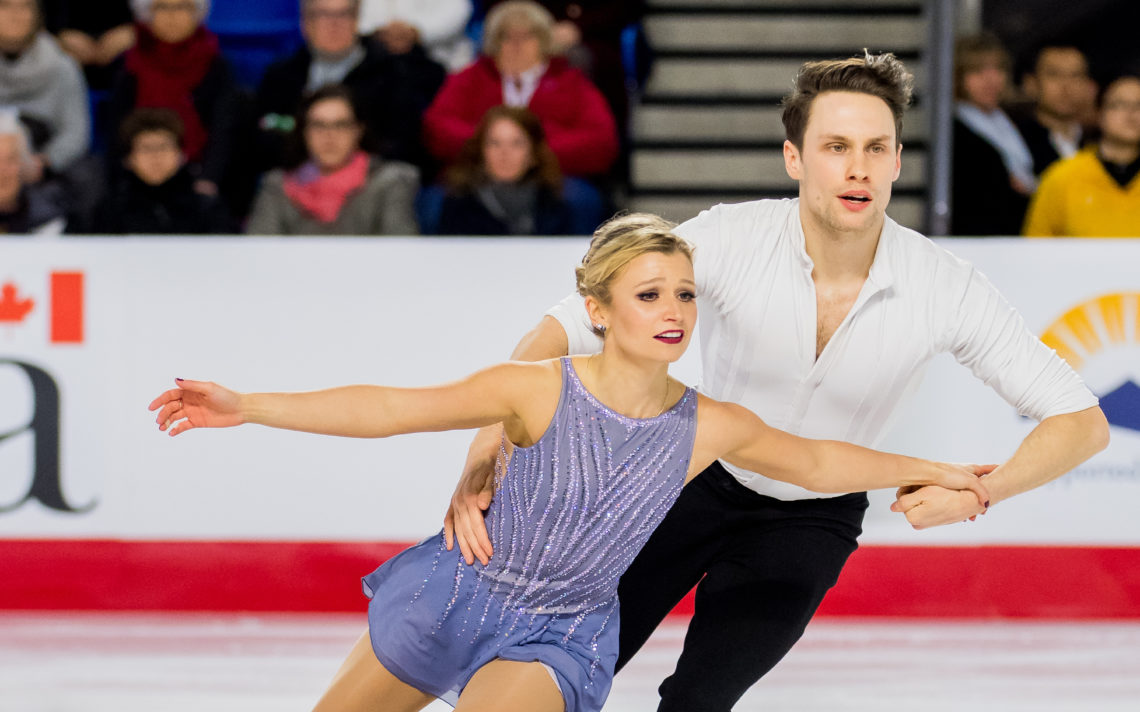 As a 10-year-old growing up in St. Catharines, Kirsten Moore-Towers told her mom she would one day go to the Olympics after watching speed skater Sarah Hughes win gold at the 2002 Salt Lake Olympics.

Last Saturday night in Vancouver, the 25-year-old took a huge step towards her second straight Olympic appearance, teaming up with partner Michael Marinaro to place third in the pairs at the 2018 Canadian Tire National Skating Championships.

“We had three (Olympic) spots for Canada and there wasn’t any guarantee if we came third that we would get one of the spots,” the 2014 Olympic silver medalist said. “However, I think because of how our season was and how we set ourselves up before the competition, I felt pretty sure after we skated that we would be fine.”

Later that night while out to dinner with friends, she received a call from Skate Canada confirming she and Marinaro were heading to the 2018 Winter Olympics in Pyeongchang, South Korea.

The happiness she felt when hearing the news paled in comparison to the pair’s feeling when they finished competing in Vancouver.

“The joy for me was after our program knowing we gave it our best shot, but I was pretty sure that we had done enough,” Moore-Towers said.  “The last time in 2014 I had a little bit more assurance leading into the competition and this time I really had no idea.”

In the days since she heard the good news, Moore-Towers has had more time to reflect on being a two-time Olympian.

“It sinks in kind of slowly and it has taken a lot longer than last time,” she said. “My main excitement is seeing my partner go through everything for the first time because the first Olympics is definitely an experience.

“It has been fun to see him feel what I felt four years ago and do it together.”

Her previous Olympic experience should help in 2018 but how much is debatable.

“To an extent it will help, but on the other hand I believe that every experience is different and I am at a different point in my life where I will experience it in a different way,” she said.

Moore-Towers has certainly changed in the four years since the Sochi Olympics.

She has different coaches now — moving to Montreal to train with Richard Gauthier and Bruno Marcotte — but feels she is on a similar track with her skating.

“They (Gauthier and Marcotte) have taught me so much, but overall it is more changes in me as a person and in my partnership with Mike; how we deal with adversity and even how we deal with triumph and the ups and downs in between.”

Much of how Moore-Towers now approaches skating is related to the Stage 3 concussion she suffered in training in August 2016. Trying to return too quickly prolonged her recovery time and it took her eight months to be able to go one day without symptoms. The pair returned to win a bronze medal at the 2017 nationals.

“It changed my perspective on pretty much everything in life but one of the biggest benefits I felt it gave me was communication with my partner,” she said. “It became a lot better. It was imperative that we talked through everything and discussed how I was doing, how I was feeling and what I was able to do that day. If I didn’t, we would be getting set back over and over again.”

Being without skating is something Moore-Towers hadn’t experienced in a long time.

“I didn’t touch the ice at all for almost four months and a two-week vacation is a long time for me,” she said, with a laugh. “It was a difficult experience and it helped gain some perspective, to love what I do first and accept whatever comes my way second.” 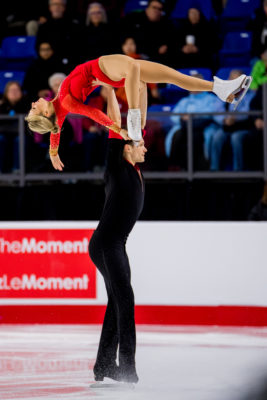 Being in it for the love of the sport and not so much the results has been the perfect tonic for Moore-Towers.

“Especially when I was younger and a little bit more naive, it was easy to get wrapped up in a placement and not so much your performance and that’s what Mike and I have strived to do a little more this season,” she said.

Before competitions, Moore-Towers and Marinaro never think where they are going to place in the competition.

She is now fully recovered from concussion and there are no lingering effects. She hadn’t even thought about the injury for a long time, but several people brought it up after her and her partner qualified for the Olympics.

“They thought it was amazing how we struggled so much last year and it was nice result and a nice occasion for both of us to achieve this together after so many struggles last year.”

She feels her injury woes are no different than those faced by countless other skaters.

“So many other athletes have struggled in his or her own way and it’s not publicized and it’s not in the media,” she said. “We know because we train with so many different teams that no one is ever feeling 100 per cent and that’s what makes us respect and admire our competitors so much.

“For us, once we qualified for the Games and earned our spot, it was nice to reflect and look back and know all the struggle was worth it.”

She is most looking forward to seeing Marinaro become an Olympian.

“It will be great to experience it with Mike because he hasn’t done it before,” she said “I am interested to make comparisons to see what is the same and what is a little bit different.”

Unlike the Sochi Olympics, she is not sure her family will be able to come and watch her compete.

“It is really expensive and we are trying to work it out now to see if they will be able to get there.”

Her family has always been a big part of her skating career.

“My mom (Sherry Towers) especially, because my wins are her wins. She has really given everything of herself and I truly wouldn’t have been able to accomplish as much without her.”

Wednesday was the pair’s first day back training at the nationals. They will have a couple of less intense days before ramping their preparations for Pyeongchang.

At typical day for the two sees them at the rink at 6:45 a.m. to warm up followed by skates from 7:30 a.m. to 8:30 a.m. and then from 9:30 a.m. to 11:30 a.m. Sometimes they will go to a different rink to see choreographer Julie Marcotte and will skate with her for an hour. They also work out with a jumping coach a couple of times a week plus there’s off-ice training, such as strength and conditioning or pilates.

“There is always something to do afterwards,” she said.

Moore-Towers and Marinaro also coach. She coaches three days a week for about three hours.

The 2011 national champion has no plans to stop skating.

“I would have told you last year before I got injured that we were going to try for two more Olympic cycles and see where we got but in anything you take it one day at a time,” she said. “If we are healthy and enjoying what we do, I don’t see any reason not to try for another quadrennial.”

Moore-Towers and Marinaro are scheduled to leave for South Korea on Feb. 6 and take part in the Opening Ceremonies on Feb. 9. The pairs competition begins Feb. 13.