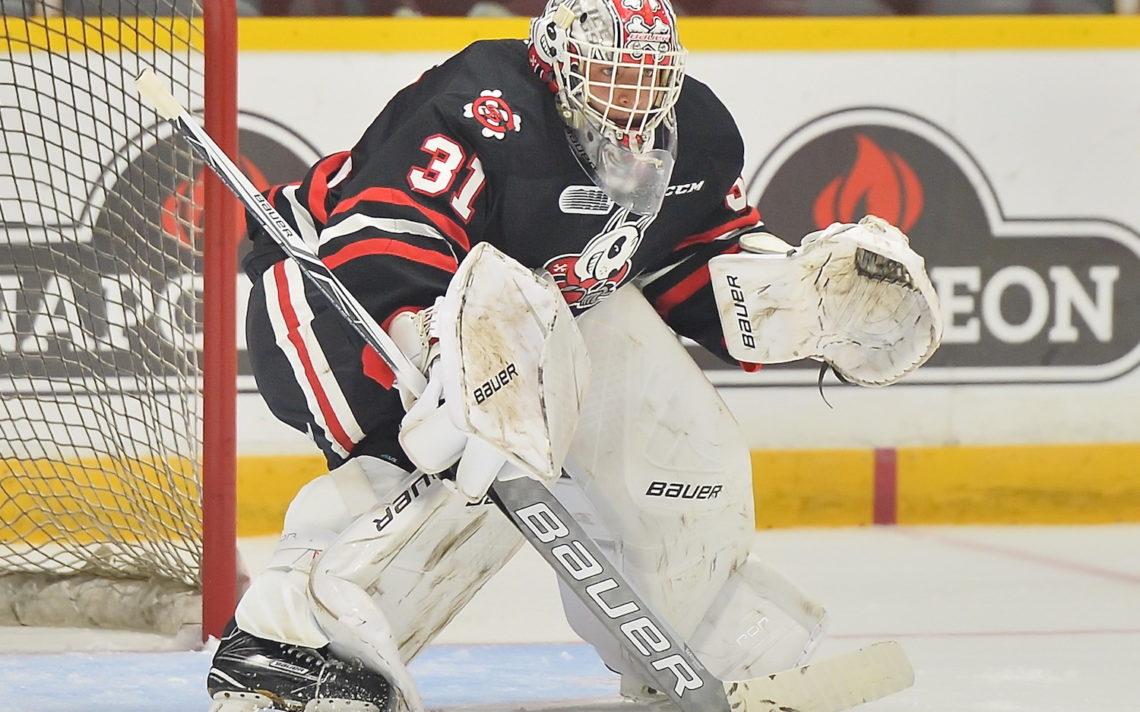 For the second time in 10 days, the Niagara IceDogs found out first hand how much better they need to be in order to be considered a legitimate championship contender.

The IceDogs have made great strides this season and are in line for a shot at the Central Division title, but still have a ways to go to get to the next level.

The IceDogs dropped a 6-0 decision to the Kitchener Rangers in Ontario Hockey League action Wednesday night at the Meridian Centre.

The loss was just Niagara’s second in their last nine games. They still lead the Barrie Colts by two points for the division lead.

The Rangers (28-14-2) lead the London Knights by nine points atop the Midwest Division of the Western Conference.

“It wasn’t good,” IceDogs coach Billy Burke said, when asked for his general thoughts on the game.

“We just have to get healthy and throw this one out.”

The IceDogs were without suspended forwards Adrian Carbonara and Kirill Maksimov and injured defenceman Willy Lochead. As well, Burke said the club has been hit by the flu bug.

Burke admitted there was a similarity between the effort and the game versus Kingston.

“It wasn’t our best. It would have been better if it was our best,” he said. “You see them and they’re dangerous up and down their lineup and that’s what happens regardless of whether you’re sick or injured or suspended. You have to do your best to battle and it wasn’t our night.”

The IceDogs well-documented struggles on the power play continued as they went scoreless in seven opportunities. They were 0-for-3 in the first period and perhaps a goal there may have turned things around.

“In the long run, it probably wouldn’t have changed much,” Burke said. “It would have been good for morale and for the guys if we could have capitalized because then it starts going against you where you feel you’d just rather decline this one.”

The IceDogs have a day off Friday in preparation for a pair of big games Friday in London followed by a visit to Barrie Saturday.

“There’s definitely some (video) clips we can find some good teaching from tonight,” Burke said. “It’s a huge weekend and thankfully we have a day (Thursday) to rest and just bringing in two healthy guys (Maksimov and Carboana) will give our guys a lift.”

Another slow start to a period for Niagara with no shots until the four-minute mark . . .  Dhillon made a nice save on Damiani just after the third goal to keep the game within reach  . . . The IceDogs power play continued to struggle going scoreless in three opportunities  . . . Big (6-foot-7) Logan Stanley wiped out Niagara forward Akil Thomas with a big hit with about six minutes to play  . . . Kitchener led in shots 10-9.

The Rangers continued to dominate territorially early on . . . Kyle Langdon drew the ire of the Rangers for a check to the head penalty early in the period  . . . Kitchener’s Connor Bunnaman rang one off the post halfway through on a breakaway . . . Niagara failed in back-to-back opportunities with the man advantage late in the period and also gave up a short-handed marker  . . .  Langdon earned a decision over Austin McEnery in a spirited tussle late in the period . . . Niagara held a 13-10 edge in shots.

Colton Incze began the period in goal for Niagara in place of Dhillon . . . Johnny Corniel had a good chance early to break the shutout  . . . Niagara’s Ian Martin was whistled down for a double minor for high sticking  . . . Niagara rookie Philip Tomasino had a nice rush and shot on goal late.

Up next: At London Friday, at Barrie Saturday.