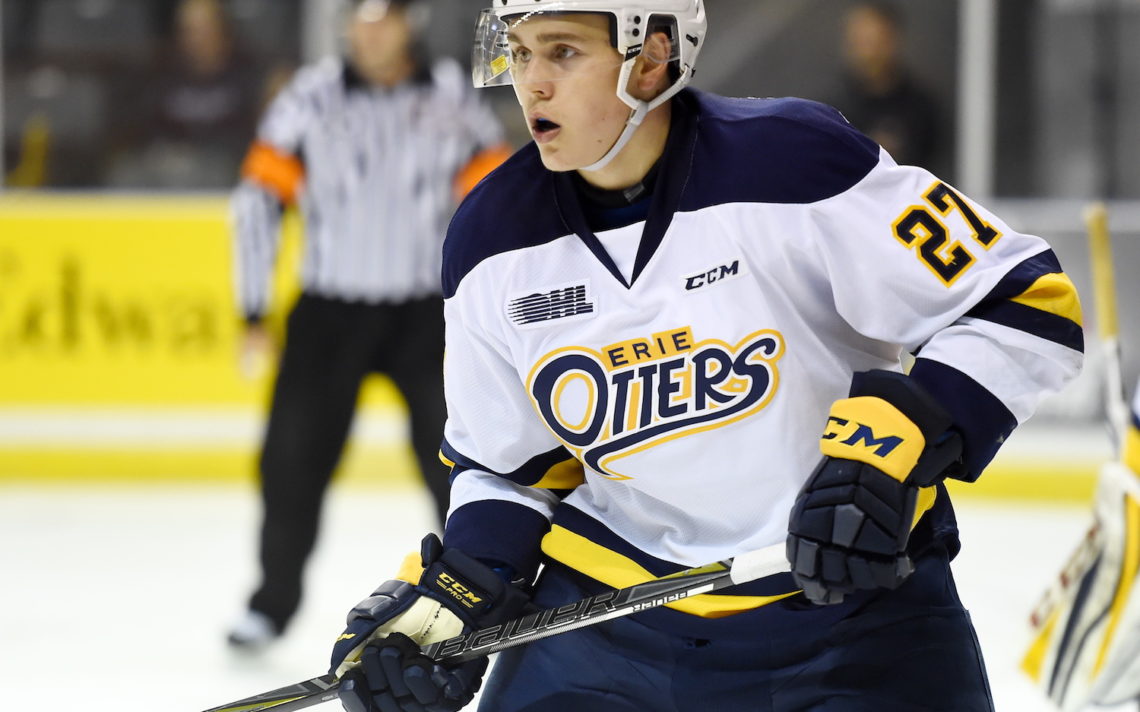 Ivan Lodnia is expected to help the Niagara IceDogs off the ice as much as he is with his goal scoring and playmaking.

The 19-year-old winger is slated to play a top-six role and should be one of the club’s most dynamic offensive players. But Lodnia also brings valuable playoff experience from his run to the Memorial Cup with the Erie Otters two years ago.

“It’s really tough,” said Lodnia, who was acquired for Danial Singer and a conditional fifth-round pick in 2019. “You win the league and there’s all the playoffs and you don’t know how that can play out, every series can go seven games, and then there’s even more.

“You can talk about it, but now we have a guy who’s actually gone through it,” Burke said. “There are a bunch of us that have gone to the finals and he’s gone to a Memorial Cup.

“We’re starting to put together a group of guys who have won games, won playoff rounds.”

“It’s tough to come in without any of that experience of being down in a playoff series, losing a game and coming back and winning a series,” he said. “A lot of things are experience you can use the following year when you are ready.”

In three seasons with the Otters, Lodnia collected 155 points (62 goals, 93 assists). The Los Angeles native was drafted in the third round (85th overall) by the Minnesota Wild in the 2017 NHL Draft. After his 2017-2018 season ended in Erie, he joined the Iowa Wild of the American Hockey League for six games.

Reports surfaced Lodnia asked for a trade out of Erie and Niagara was high on his list of potential destinations.

“It’s different. Niagara is a team we played the most so I’m excited to be here,” Lodnia said. “It’s been great. A lot of the guys have been welcoming. I know some the guys really well — I’ve known Kirill Maksimov since I was a little kid — and I’ve talked to him a little bit and everyone else has been great.”

Lodnia admired the IceDogs from afar.

“I played them a lot a liked how they played well together. I think it was a good choice,” he said. “It’s really exciting. I think we have a good chance to win.”

Lodnia is ready to contribute in any way.

“Obviously, you always want to be one of the top guys. That’s up to Billy and Joey. Whatever they decide we have to trust them and play our hardest.”

Lodnia’s arrival gives the IceDogs one more weapon and adds depth to an already impressive group of forwards.

“It’s definitely going to be a strength of our team, our depth,” Burke said. “Whoever ends up on our third line, it would be a second or first line on a lot of teams in this league and that’s who you win. Teams that win, their second and third lines are dangerous and that’s where we feel we are now.”

Burke said Lodnia has done nothing but impress early in camp.

“He’s had a smile on his face since he’s got here. He’s everything we could have hoped for. He’s a signed NHL player, he wants to win, he’s won a championship before, and he knows what it takes,” Burke said.

The IceDogs host the Barrie Colts Friday at the Thorold Arena at 7 p.m. in their first exhibition game. 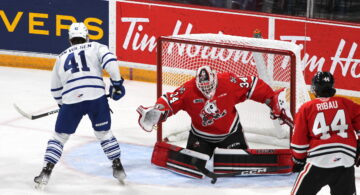