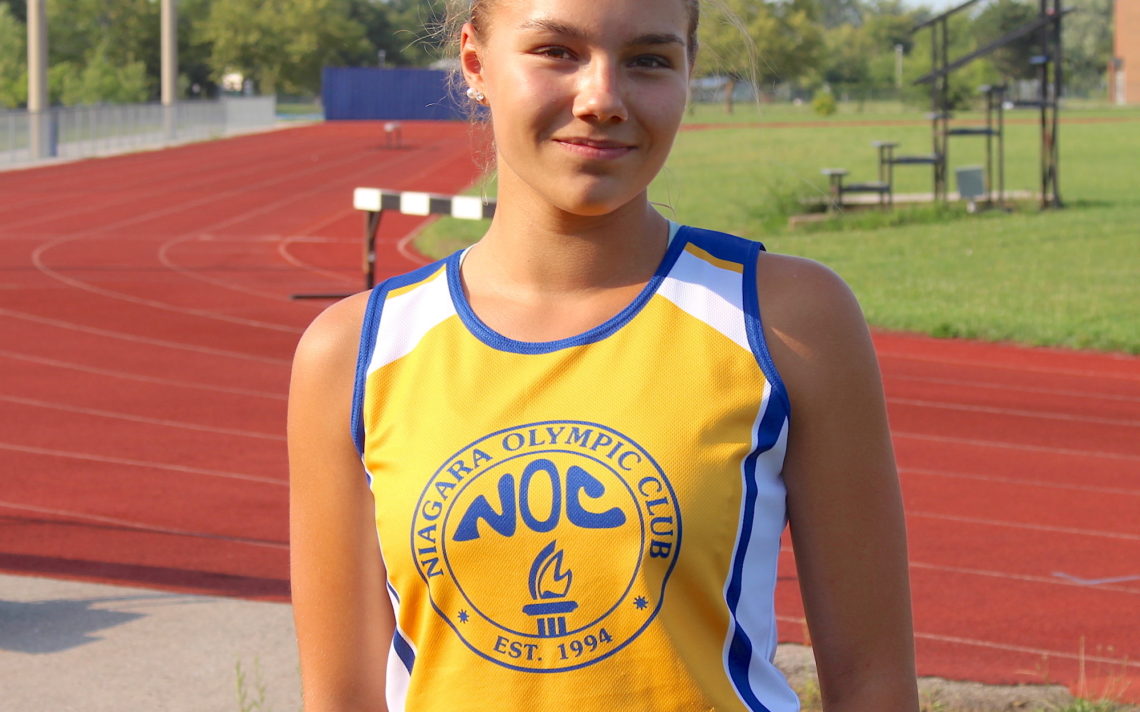 The Grade 10 student at E.L. Crossley Secondary School jumped 1.63 metres at the District School Board of Niagara elementary school meet in 2017, but didn’t surpass it until jumping 1.64 metres in practice this summer. At that same practice, she just missed at 1.67 metres.

The 14-year-old was able to match her 1.64-metre leap when it mattered most. Her new ‘official’ personal best came while competing in the under-16 division at the recent Royal Canadian Legion Youth Track and Field Championships in Brandon, Man.

The Port Colborne resident feels she was able to finally eclipse her old mark by getting more consistent with her approach to the bar. Beating her previous best was an amazing moment.

“I got really excited and thankful for my coaches because they helped me get that mark,” the Niagara Olympic Club member said.

And with the fall of her old personal best comes the quest for the next one.

Her top jump at nationals earned her a fourth-place finish, the same result she achieved in the midget girls division at the Ontario Federation of School Athletic Associations championships.

The Southern Ontario Secondary Schools Association champion was pleased with the PB, but would have loved to medal at her first national championships.

“I was definitely happy with what I had jumped, but I was disappointed because I knew I could have got more than 1.67 if I had moved my leg a split second faster,” said Cudmore, who also plays travel volleyball with the Niagara Rapids. “I could have placed.”

She feels she learned a lot while enjoying her first national championships.

“It was really fun and I definitely bonded with my team a lot more. I know about them now,” she said. “And it made me want to work harder because I want to place better and make Team Ontario next year.”

Cudmore qualified for the nationals by achieving the necessary standard.

She didn’t change anything in Brandon.

“I kind of did the same thing that I always do,” she said. “I was nervous days before, but once I got there I was fine.”

Cudmore believes having experience at nationals will pay dividends the next time around.

“I won’t be nervous or as nervous next year,” she said.

Tryouts start in September for her travel volleyball team and Cudmore will need to become an expert in time management.

“I’m going to train for volleyball and track and field and I will just have to make it work,” she said. “It would be nice if I could get the practice days different.”

Making it work is important for the talented teen.

“The more training I get for the both of them, the better I will get,” she said.