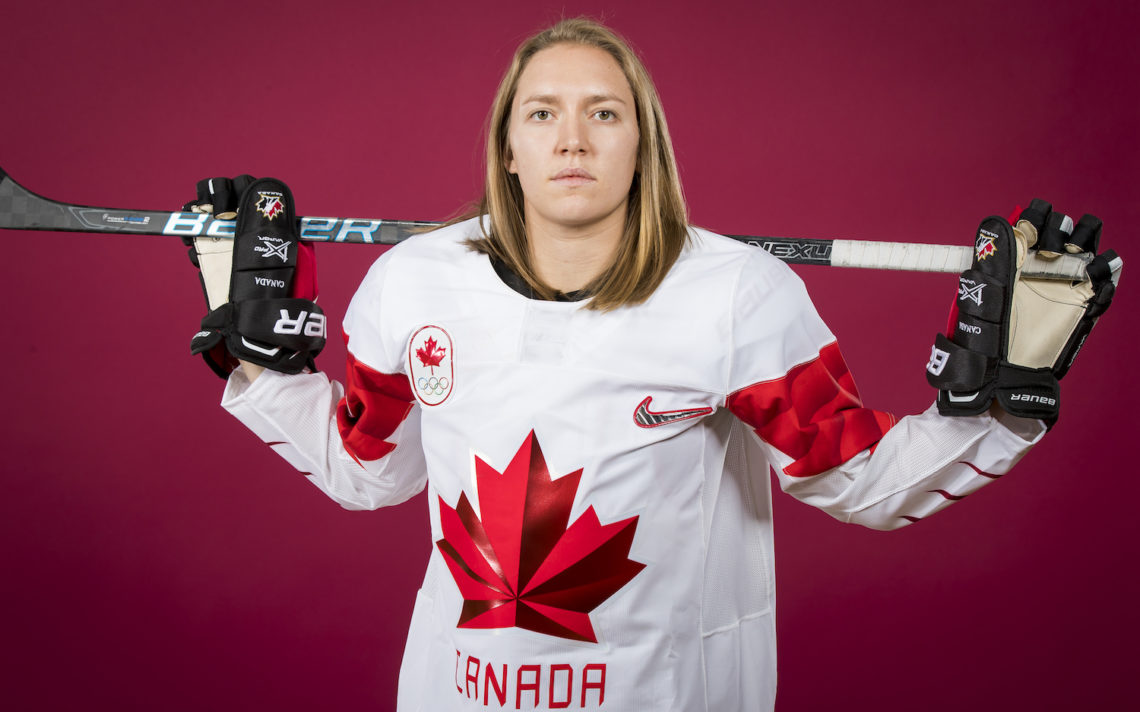 Brianne Jenner is expected to play a big role with the Canadian women’s hockey team at the 2018 Winter Olympics. Photo by DAVE HOLLAND/HOCKEY CANADA.

Much has changed since Brianne Jenner last represented Canada at the Winter Olympics.

“Last time, I was the second youngest and now coming in, I’ve been on the team for a number of years and I’m one of the vets,” the 2014 St. Catharines Athlete of the Year said. “You kind of know what to expect.”

Jenner, who lived in St. Catharines from ages 5 to 15 and attended Grey Gables and Ridley College, believes her past Olympic experience with the women’s hockey team will play dividends in Pyeongchang, South Korea.

“I remember going last time and being a little nervous and not knowing what to expect,” the 26-year-old said. “This time, the nerves will still be there but it will be really exciting to be on that stage and have the whole world watching.

“That is something that is really thrilling for us.”

Jenner scored a goal for Canada in the win over the United States in the gold medal game at the 2014 Olympics, but that didn’t mean she thought she had a guaranteed position on the team.

“You never know what can happen” said the former two-time Ivy League Player of the Year with Cornell. “We have had some young players who are fairly new to the team who have had great seasons, but at the same time I was confident in the tryout I put on the ice.”

The Oakville native believes she will have a larger role at this year’s Olympics compared to 2014.

“I will be expected to be a leader on and off the ice and playing in some key defensive and offensive situations,” the 5-foot-9, 157-pound forward said. “I think I will have a bit bigger role but you never know.

“It’s whoever is going is going to be called upon and each and every one of us just wants to be able to contribute as much as we can to the team’s success.”

The captain of the 2015-16 Clarkson Cup-winning Calgary Inferno of the Canadian Women’s Hockey League feels she has continued to improve as a hockey player.

“I am a more complete player,” she said. “I was probably in my physical prime back then (2014) but every year you have to add something to your game.

“You have to constantly be improving.” 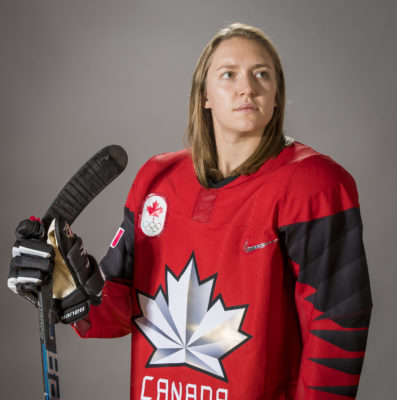 The Olympic team has been together since August and, compared to other years, has had a lot more time to dedicate to getting better in all phases of the game.

“This year, I have tried to be a student of the game, make little tweaks here and there and try to add to my overall game.”

She has also changed as a person.

“I am four years older and I am more comfortable,” she said. “As you get older, you get a little more confident with what you bring to the table and your voice in the locker room.”

She feel like she is in a really good place now.

“I’m excited for the coming weeks and for the new Olympians to get to play on the world stage,” she said. “It is pretty exciting to see dreams come true and we are really looking forward to it.”

Jenner, one of the last cuts from the 2010 Olympic team, has no plans to retire from hockey.

She is looking forward to countless things about the upcoming Olympics.

“First will be the Opening Ceremonies,” she said. “That was something I will never forget about Sochi, just that exhilaration when you enter the stadium and knowing you have an entire country behind you.”

She also can’t wait for the actual competition.

“It’s getting on the ice and showing what we have worked on so far this year,” she said. “We have had a great season and the outcomes we had against the United States were really encouraging.”

Every Olympic year, Canada and the United States play a series leading up to the Games. Canada lost the first game of the series 5-1 and then defeated the U.S. in the next five games. At the Four Nations Cup. Canada lost twice to the Americans.

“It was fairly even but we were on a good streak at the end of the U.S. series,” she said. “Again the outcome doesn’t mean anything when it comes to the Olympics, but it was nice to see our work had produced a nice result.”

The team also plays in the midget AAA boys league in Alberta.

Canada will be going to the Olympics with an entire country expecting gold.

“That is the pressure we always have with Team Canada and Hockey Canada,” she said. “When you play hockey for a country like Canada, the expectations are always gold and we go into every tournament with that expectation on our shoulders.”

It is something the team is used to.

“I don’t think that scares anyone on our team,” Jenner said. “It is a motivator and if you are an Olympic athlete or an elite athlete, that pressure is something you look forward to.

“You want to have that opportunity to make a difference for your team.”

Chasing Olympic gold is a full-time pursuit for Jenner and her teammates and it doesn’t leave much time for anything else.

“Right now hockey is occupying all my time,” she said. “In Olympic years, everyone has to move to Calgary and drop everything.”

Last November, Jenner graduated with a master’s in public policy from the University of Calgary, but she had already done the work before the team came together in Calgary.

Once the Olympics is over, the team will disperse and go back to their regular lives.

“For me, right now, the focus is all on the Olympics,” she said.

One new diversion Jenner is involved with is the sport of boxing. She took up the sport two summers ago with several of her teammates with the Calgary Inferno.

“It was just a nice way to spice up the off-season training,” she said. “I will probably go back and see him once the season is over.”

She has no plans to become an advocate for fighting in women’s hockey.

“That’s not a fight that I am going to pick,” she said, with a laugh.