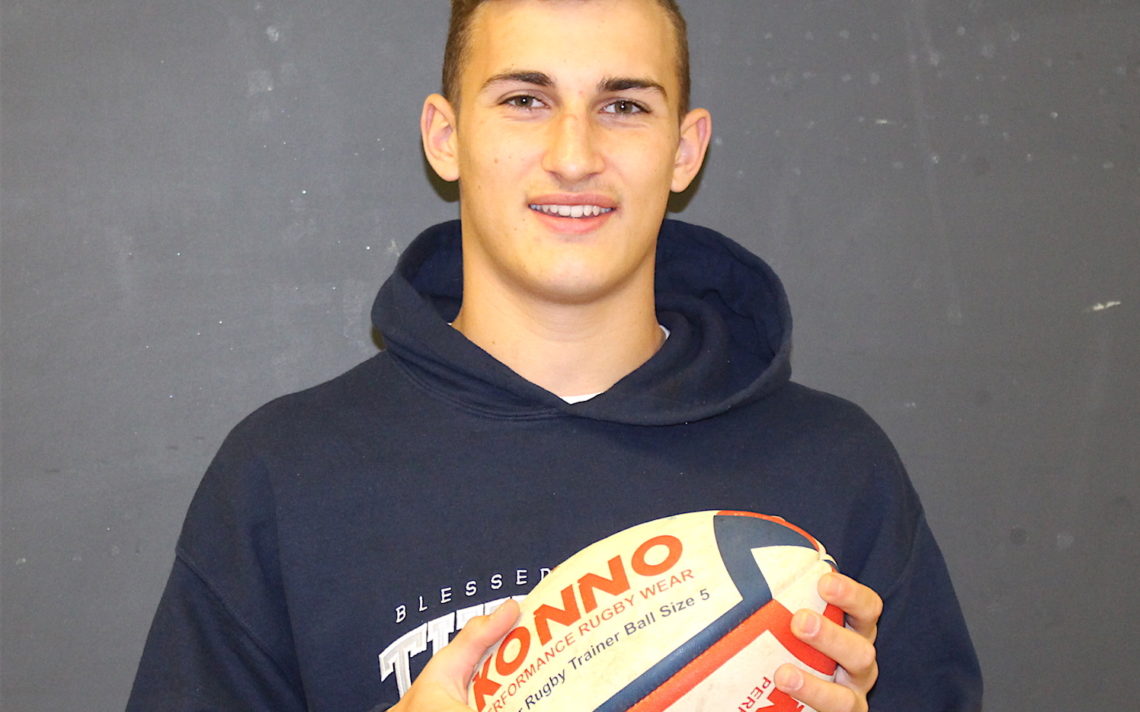 Butler did it: Makes national team

When the rugby sevens team he was on folded, Glenn Butler was picked up by the Misfits Academy.

It turned out to be the perfect fit and the best thing that could have happened to the 17-year-old Grimsby native.

Butler and his Misfits Academy teammates won the Magnificent Sevens Tournament in Toronto and the New York Sevens Tournament. More importantly, at the Toronto tournament, Butler came to the attention of the coaches of the Canadian national 15-a-side under-18 men’s rugby team.

“They asked me if I was coming to the camp in Toronto in two weeks and when I said no they told me they thought I should attend.”

The Grade 12 student at Blessed Trinity. a former member of Ontario under-16 team that won a bronze medal at the nationals, had flown under the rugby radar last summer because he took the season off to attend air cadet camp.

He ended up receiving an invitation in late October to attend the camp.

“I knew a whole bunch of guys who were going to the camp but I didn’t really expect it,” he said.

He attended the Eastern Canadian four-day camp in mid-November with athletes from Ontario, Quebec and the Maritimes. After three days of training and an intrasquad game, the running back, slot receiver and linebacker on Blessed Trinity’s football team was selected to Canada White for a tournament in Arizona Dec. 27 to Jan. 3. Canada brought 56 players down for the tournament and selected two teams to play in the event against two American teams. Butler’s squad went 1-2 at the event.

“It was a really good experience because we did training every day too,” he said.

Butler obviously made an impression in Arizona because he was one of 23 Canadian athletes selected to compete in a tournament in Hong Kong after March Break. He will be in New Zealand with his school rugby team and will join the national squad in Hong Kong.

Butler was blown away when he received the email congratulating him on making the team.

“It is almost overwhelming and you can’t believe it is happening,” he said. “You always think in the back of your mind that it would be so cool to play for your country and it’s here now and I get to live it.”

Butler was in the first round of invitations sent out and he had to keep quiet about the news to all the friends he had made at the tryouts.

“It felt really special to be noticed as one of the top athletes in the country in your sport,” the six-foot, 195-pounder said.

He is most looking forward to the entire experience of playing international rugby.

‘It is very professional,” he said. “Before we had practice after school and it was kind of relaxed and you play a game every once in a while.

“With this training, it feels like a really professional atmosphere.”

Every hour of the day is scheduled.

“It shows what life could be like if you end up with rugby as a career,” he said. “And I like having my foot in the door of the Canadian national team; the under-19, under-20 team and senior national team which is my ultimate goal.”

Butler plans to graduate from Blessed Trinity this spring and hopes to play university rugby at Royal Military Academy. He has already spoken with the RMC coach, who is also an assistant coach with the Canadian national team.

Butler plays inside centre or outside centre and loves the sport because of its camaraderie and variety.

“During football, I kind of get bored because it is one position and the same job every single time,” he said. “In rugby, I do everything. I get to play offence, defence, special teams, I get to tackle and I get to run with the ball.”

And he will get to do all of that wearing the red and white of Canada.