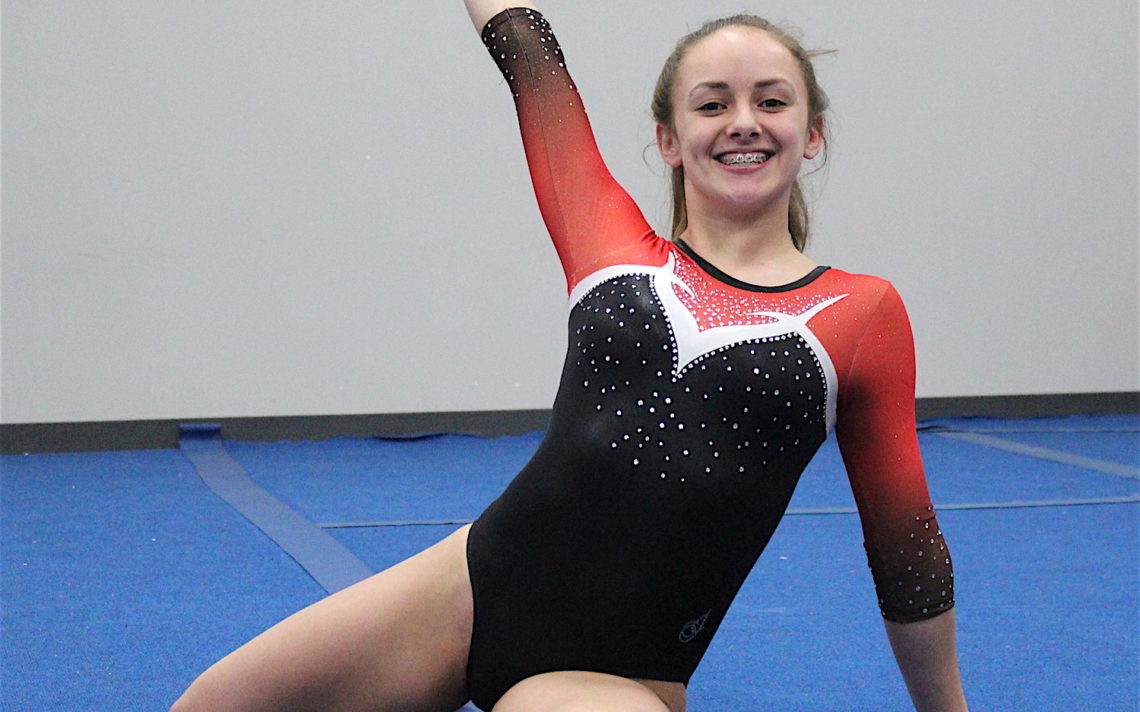 It was mission accomplished for Gymnastics Energy member Jazmine Deveau.

With a fourth-place all-around finish in the Level 7 age 14 division at the Women’s Artistic Gymnastics Ontario Championships held in Amherstburg, the 13-year-old has qualified for the Eastern Canadian championships.

“Two years ago, I competed in the provincials championships and placed in the top four, but I was too young to go,” she said. “And last year, I was also aiming to go but I didn’t make it.

“This year, I really wanted to make it and I thought it would be a really great experience to go and meet all the people who have been there before.”

In 2017, she was on track to qualify for the Eastern Canadians when she was derailed by a couple of falls on the beam. She ended up 12th. 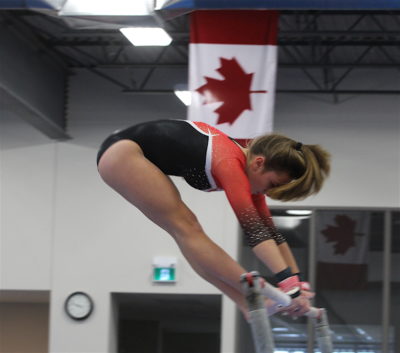 Her performance on the beam in 2017 added fuel to her competitive fire.

“Last year was the first year I was able to go and when I fell on the beam, it was really upsetting,” Jazmine said. “I wanted to gain confidence and be able to go.”

There were no falls this year as the Grade 8 student at Twenty Valley Elementary School was second on bars, fifth on vault, seventh on floor and 10th on beam. She also placed fourth in the bars in the event finals.

“She has been very determined to achieve her goals this year,” Cranch said. “She has been working really hard and using these competitions as stepping stones and gaining confidence and trying to make improvements all the way through the year.

“We’re very proud of her for achieving her goal this year of qualifying for Easterns.” 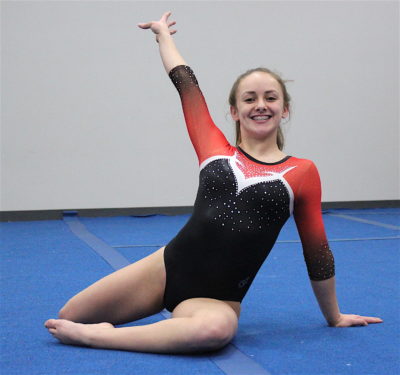 Getting there is no easy task.

“There’s 64 athletes who are vying for those four spots,” Cranch said.

The four spots for the Eastern Canadians are chosen from the top four under-14 and top four under-13 gymnasts and Jazmine had a few anxious moments before she heard the  good news.

“I wasn’t sure if I was going to make it because I was fourth and I could have been bumped out. I was worried my scores weren’t high enough on vault and beam,” she said. “I was really nervous.”

That nervousness turned to joy when she heard she had made the cut.

“I heard my name and it was ‘Oh my god. I am going to Easterns now.’ It was so exciting.”

She has already set her goal for her first appearance at Eastern Canadians.

“I want to be able to go into Easterns with confidence in all four of my events,” she said. “It will be hard to do well because it’s against all of the best in Eastern Canada, but I want to place in the top 20.”

Cranch sees it also as a learning experience for Jazmine.

“It gives her an opportunity to see what other athletes in the country are working on and how they are doing,” she said. “And it also gives her a new group of athletes to see and work towards and improve herself to be where they are at.”

Improvement will be the name of the game for Jazmine, who also plays volleyball, soccer and rugby for her elementary school. The plan for next year is to move up to Level 9.

“I’m kind of nervous because Level 9 and even Level 8 for some of the events requires a lot more new skills that are introduced,” she said. “But I am also excited because I am going to be able to do more fun things.”

Jazmine started in the sport seven years ago when she attended a summer camp at Gymnastics Energy. She trains 16 hours a week.

“I love the sport, but I love the environment here and having my friends around,” she said. “It is always nice coming and knowing people and being close to them.”

She also loves the coaching at Gymnastics Energy.

“If that wasn’t there, I would be less motivated to come every day and train.”