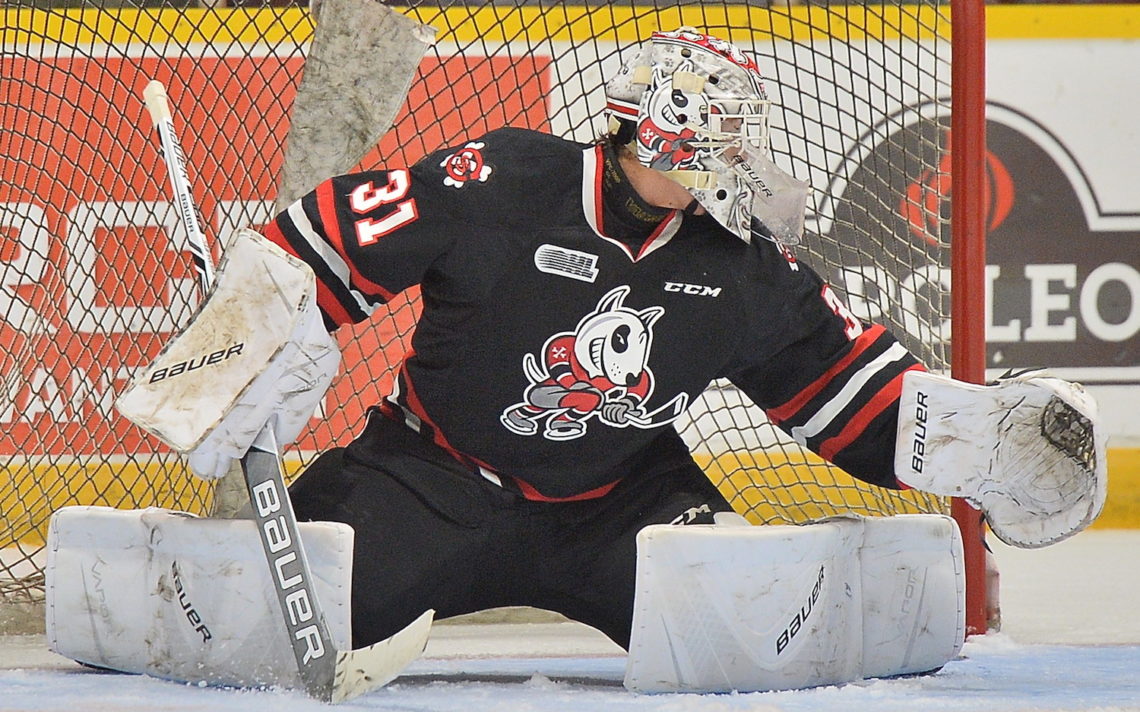 Colton Incze has started the last two games in goal for the Niagara IceDogs. Photo by: OHL IMAGES

The Niagara IceDogs are in the midst of their toughest slump of the season.

The IceDogs are winless in their last 10 games, but through all the struggles there has been at least one silver lining.

Goaltender Colton Incze has emerged as a solid contributor to the point where Niagara head coach Billy Burke indicated the 19-year-old Oakville native has an opportunity for increased playing time.

“Until one of them separates from the other guy, it’s going to be a lot more even playing time in our crease until one of those guys gets us going on a winning streak.”

Incze started the last two games, making 40 saves in a 3-1 loss at Barrie, then taking the club to overtime before losing 5-4 in Peterborough Monday.

Incze’s numbers in limited action are solid: a 2.80 goals-against average and .915 save percentage in 18 games.

“Colton has played well enough; now we have two goalies we can lean on,” Burke said.

Dhillon, meanwhile, hasn’t been as consistent as perhaps he would have liked to be with a 3.40 GAA and .891 save percentage. He last played in Windsor Feb. 11 where he made 21 saves and was named third star in a 2-0 loss. 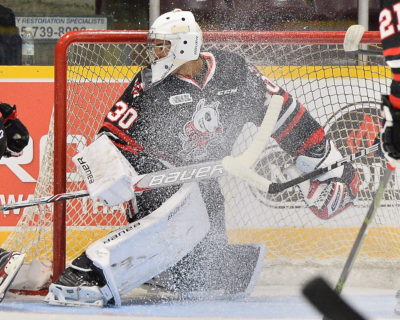 Burke has no worries how Dhillon may react should he find himself on the bench more than he is accustomed to.

“He’s very accountable and he’s a good teammate. He wants what’s best for the team,” Burke said. “He wants to be the guy who is playing but if Colton has the hot hand, he’s not moping. He’s being a good teammate and leader.”

Meanwhile, Burke admits he can’t recall a worse stretch than the current slide.

“It’s certainly the worst consecutive loss streak that I can remember,” he said. “We’ve had tough segments where we were 1-8 or 2-9 and then come back, but never have we been in a consecutive rut like this.”

Burke feels the current slide is an anomaly.

“We didn’t get to where we were after 45 games by luck. We got there for a reason and the same guys are all here. We knew we were in for a tough spot with the schedule. We played the juggernauts and lost, and then you start to lose confidence because we were playing well in those games.”

“It’s such a fine line with our team where we need everyone pulling every single second and when we’re not we’re too loose. We’re out of synch,” Burke said. “We have to make sure we are making hard plays and staying mentally focused.”

Burke said the coaching staff has been pouring over tape, trying to identify the problems.

“It’s a lot of mental things that weigh on it. It’s important that the players count on each other. We’re watching videos and showing them what they are doing wrong. We need to back it up with video and show them the mistakes.

“You don’t lose 10 in a row by playing great. They are mistakes being made and we need to continue to address them and go through the video and teach them.

“You’re not going to break it feeling sorry for yourself.”

The IceDogs are home to Saginaw (27-21-8-2) Thursday. They are in Mississauga Friday and home to North Bay Saturday.

“The big thing for us is we have to get out of this Thursday and get a positive weekend going,” Burke said. “We were in a battle for first place until the middle of February, which is something to be proud of. Now we have to make sure we stay in fourth and secure home ice and build off that.”