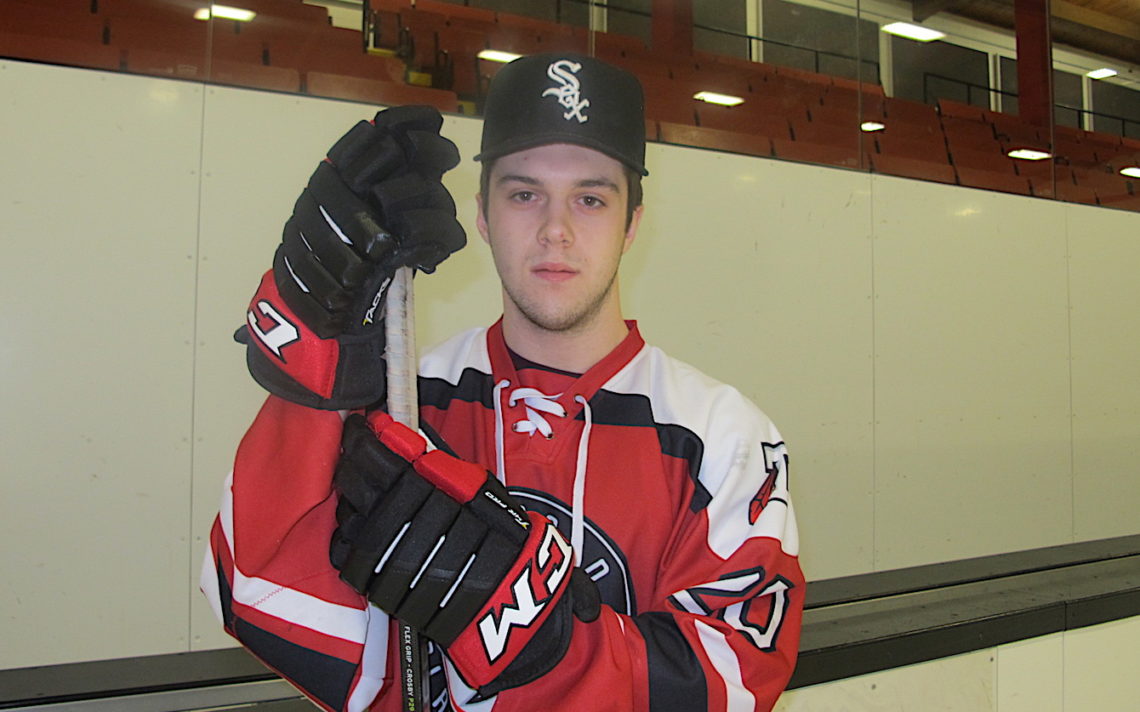 In the nick of time

The 17-year-old Thorold native joined the Blackhawks this season after playing his major midget season with the Niagara North Stars and has quickly developed into one of the Hawks’ most dependable defencemen.

“On ice, he’s really improved so much this year. It’s been a crazy year watching him develop,” Thorold coach Scott Barnes said. “We can play him in all situations. It’s not just his strength. It’s his skating and he’s confident now with the puck and skating the puck up and joining the rush.”

Barnes knew Gidney would contribute, he just wasn’t sure he would adapt to the junior game so quickly.

“From the start of the year we thought he might be our fifth or sixth (defenceman) and play in that role and now he’s playing against the other team’s top line and is on the ice a lot. He plays a lot of minutes us.”

Gidney, who has a goal, nine points and 84 minutes in penalties in 48 games, admits he’s much more comfortable now as compared to earlier in the season.

“As the year has gone on I feel like I’ve gotten a lot more offensive,” he said. “In minor midget and years previous I’ve been more of a stay-at-home defenceman. As I moved up the levels the coaches told me they wanted me to join the rush more.

“I still base my game off being more defensive but I join the rush more and I feel more confident in my game.”

Barnes likes how Gidney has rounded out his game.

“Our D corps being so young, we didn’t have the big, 20-year-old who could kind of take care of business in front of the net and he’s really been that player for us,” he said. “He’s really reliable on the penalty kill and in defensive situations. He really battles. He never gives up on a puck and his compete level is second to none.”

Gidney was skating with the Fort Erie Meteors before joining up with the Hawks once Barnes acquired the team.

“I’ve known him for a long time. I watched him a lot and kept tabs on him,” Barnes said. “He came out to our rookie camp and I really liked him and then it got to the point where I heard he was maybe out with some other teams. I hadn’t really expressed my interest in him so I went to him and told him I really wanted him on the team and that he would play a big role because we’re going to be young.

“That’s how I got a lot of my players because they knew they we going to come in and play.”

Gidney feels he made the right choice hooking up with Barnes.

“When I heard Scott got the team I know him well so I came out and thought I would give it a shot. My other option was to play major midget again because I didn’t know if I was ready for the next step right away.

“When I came out I was confident in camp and thought I had a chance.”

Barnes also appreciates Gidney’s off-ice contributions. He billets forward Spencer Blackwell and his home has become a gathering place away from the rink for the team.

“He’s a team guy. He’s great in the room. He’s been great for us on the ice, but even better off the ice,” Barnes said. “I can’t say enough about him.”

Gidney, who was selected to participate in 2017-18 GOJHL Top Prospects Game, is thinking long-term of perhaps trying the NCAA route. He is a solid student in Grade 12 at Denis Morris.

The Hawks wrap up the regular season with a home game Thursday versus Buffalo and a road game in Ancaster Saturday. A pair of wins would see them finish the season at 21-21-3-5.

“I wanted to be close to .500 and 20 wins was kind of a goal I set for us and we’re almost there,” Barnes said. “Just the fact we’ve been able to compete with every team in the league except Caledonia, and we got a point off them Monday, so that was a pretty big effort for our guys.”

Gidney admits he has been pleasantly surprised how well the team has performed.

“It’s a lot better than we expected. Coming in this year if someone would have said we’re going to be .500 I would have said you’re crazy. We’re all 17 and one 19-year-old and knowing what the league is like. It’s a big step for us.”