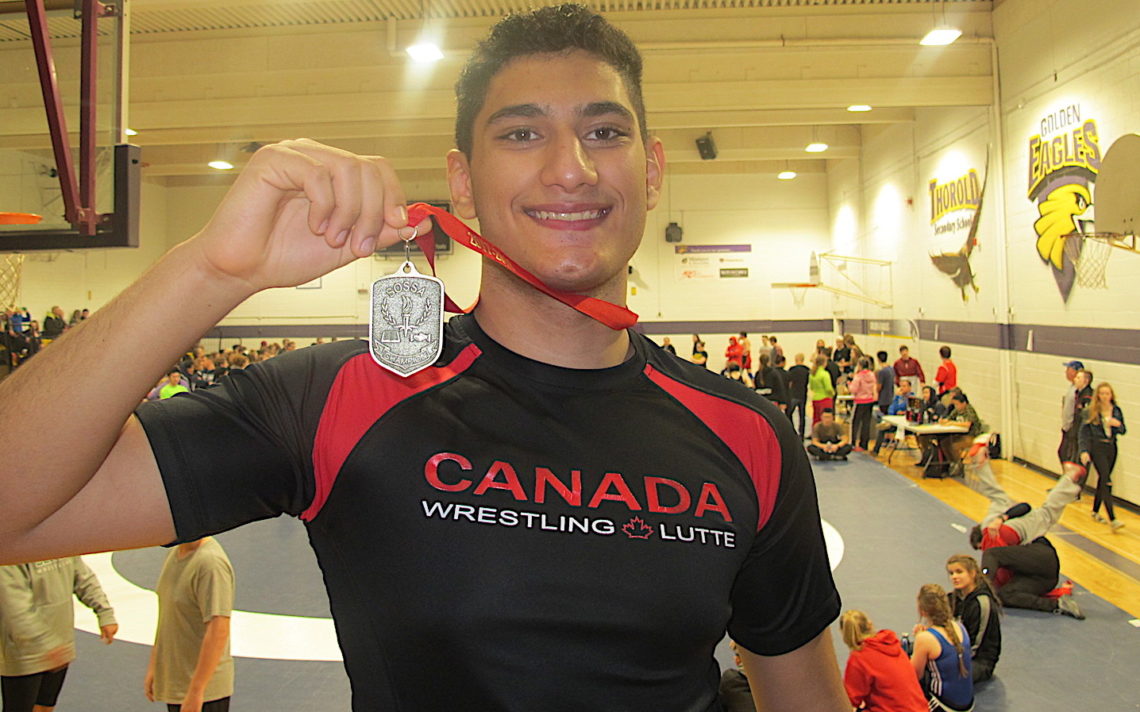 Being cut from the basketball team in Grade 9 turned out to be a blessing in disguise for Aws Al Jumaily.

“I tried out for the basketball team and got cut, and so wrestling was there and you couldn’t get cut because they take everyone,” Al Jumaily said with a smile.

“It was definitely meant to be, for sure.”

Fast forward four years and the 17-year-old Grade 12 student at Laura Secord is a SOSSA champion after placing first in the 89 kg division at the Southern Ontario Secondary School Association championships Thursday at Thorold Secondary School.

With that win, Al Jumaily is thrilled to be heading to the Ontario Federation of School Athletic Associations championships in March in Windsor after coming up just short in his previous attempts.

“I’ve been working for it for four years,” he said. “I’ve always been pretty much one place away. I’ve got bronze the last two years, so it feels amazing.

“It’s an individual sport and you get out of it how much you put into it. If you want to go to OFSAA, you have to work your ass off and so you earn it. Everything is earned.”

Al Jumaily certainly didn’t take any shortcuts to his success.

“At first, things didn’t come to him naturally, so he had to work really, really hard. He has to work for everything he gets,” Secord wrestling coach Cindy Crosbie said. “The only time he missed practice was to get his wisdom teeth out or if he was volunteering.”

Crosbie appreciates Al Jumaily’s commitment and willingness to volunteer and help others, rattling off an impressive list of accomplishments.

“He works really hard. He never misses practice. He volunteers and is in the military,” she said. “He’s a great kid and an honour student and is a mentor on the athletic council.

“He comes from a great family. All the teachers love him. He has great morals and great values. He’s a real role model.”

Al Jumaily thinks nothing of giving back to the community, after arriving in Canada with his two brothers, sister and parents from Iraq in 2006.

“It’s amazing. I joined the army reserves to give back to the country.”

He said volunteering and community service will always be a part of his life.

“I love giving back to people. I got help from people and they set the standard for me, and so I like to give back to the community and I will always be doing that.”

Al Jumaily hopes to attend Brock or Guelph next year. 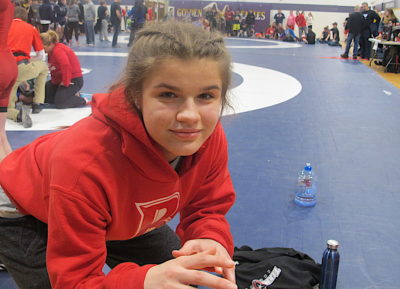 It didn’t take long for Mia Friesen to excel on the wrestling mat.

The 15-year-old Grade 10 student at Governor Simcoe took up the sport this year, and is already making waves.

“She’s a natural. She’s so strong and has such a good feel for body awarenes. She has done amazing, for a Grade 10 in her first year. She’s wrestling against kids with two or three or even five years of experience and she’s held her own.”

Friesen was inspired to wrestle by her older brother, Owen Friesen.

“My older brother wrestled in Grade 6-8 and me being there years younger and him being a role model to me, I wanted to do that,” she said.

“When I got into high school, I wanted to play volleyball so last year I did that. But this year it wasn’t really the right thing, and wrestling was there. It was an instinct thing to try this.”

Nuyten feels the sky is the limit for Friesen.

“You want them to realize the possibilities are endless beyond high school. You can continue in the sport and travel the world if you want, or go for the Olympics. I know her focus is lacrosse, but she’s an awesome wrestler.”

“It doesn’t really bother me. It’s weird. You get on a mat and most people get nervous, but I seem a lot calmer than I am playing other sports,” she said. “It doesn’t bother me having people in my personal space. Normally, just walking around, it bothers me. But on the mat it doesn’t.”

Friesen is also a top-notch lacrosse player who suits up for an under-19 field lacrosse team based out of St. Catharines while also playing for a club team out of Rochester, N.Y.

She also gives credit to her brother for her desire to play lacrosse. Owen is a member of the St. Catharines Athletics and is on a lacrosse scholarship at Canisius College.

“I was nine when I started lacrosse and it was because of him I play lacrosse. I was with my parents and told them I want to do that.”

Friesen admits with so many balls in the air, sometimes she can get a little overwhelmed.

“Sometimes I have my moments where I don’t even know what I’m doing right now. With the help of my parents and brother and friends, I have it all under control.”