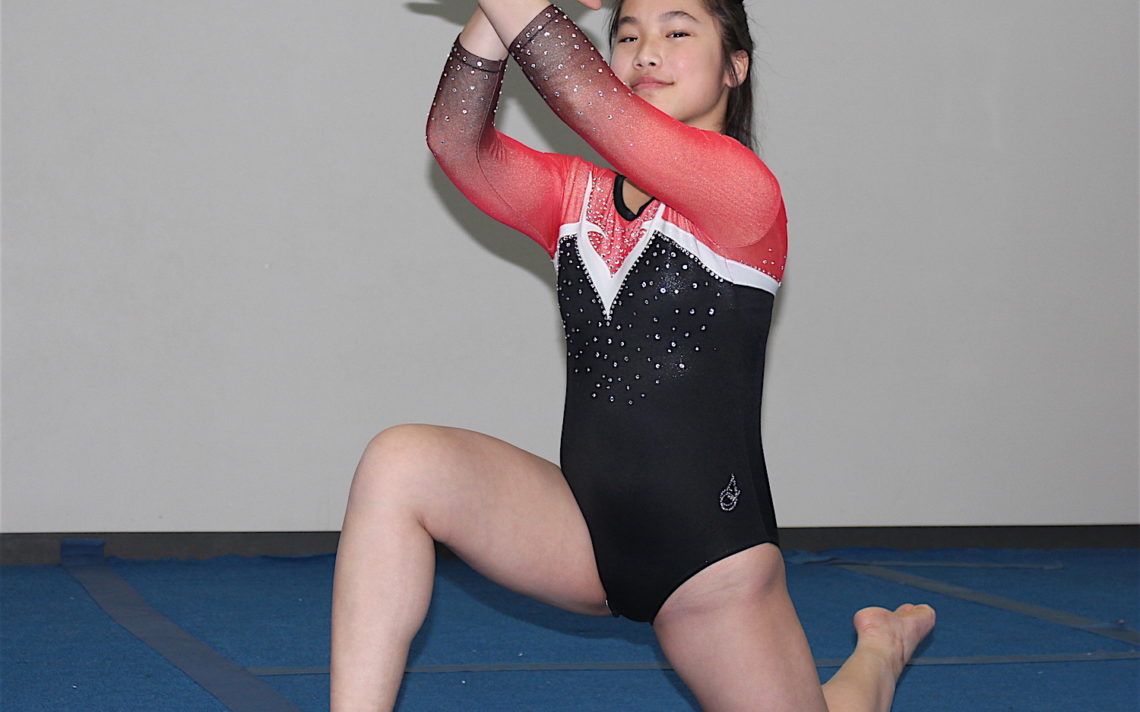 It took some time, but Elizabeth Baker finally found her way to the sport of gymnastics.

“I did dance for six years before gymnastics and every year my mom would ask me what kind of dance I wanted to do next year,” the 13-year-old St. Catharines resident said. “I’d always tell her that I wanted to start gymnastics, but my mom would tell me that I was too fragile because I was a really small kid.”

All that changed when Elizabeth grew. She persuaded her mother to let her sign up for a gymnastics summer camp, and after starting in recreational gymnastics, she has been competing for the past four years.

Her training in ballet, jazz and acro dance has certainly boosted her gymnastics career, especially on the floor.

At the recent provincial championships, the Grade 8 student at Our Lady of Fatima Elementary School was presented with the Mastery of Floor Artistry award. It was one of the highlights of a weekend that saw her placed eighth all around in the Level 7 age 14 division. She also placed third on vault, seventh on beam and eighth on the floor in the event finals.

When asked what helped her get the artistry award, she had a humble response.

“My tumbling wasn’t the greatest at provincials but my dance was good,” she said.

Elizabeth, who was born in China and came to Canada when she was a year and a half old, was reasonably content with her performance at provincials.

‘’I feel like I could have done better, but I did OK,” she said. “I get really nervous and I overthink things. When I am just training, I do routines perfectly fine. At competitions, the pressure makes me scared.”

She has a number of copying mechanisms to cope with the nerves.

“Amy calms me down and tells me everything is going to be OK,” she said,

And she also helps herself.

“She does visualizing before she does her routines,” Cranch said.

Last season, Elizabeth competed at Level 6 and has taken some significant strides this season.

“I improved a little bit on everything, but mostly bars and beam,” she said.

Elizabeth trains 20 hours a week and Cranch described her as extremely hard working.

“She started the sport a little later than some of our other athletes, but she is very talented and she made big strides in the last few years and she is doing extremely well,” she said. “She is ambitious as well and she always wants to try something new and push herself to do bigger skills.”

Where that leads is anybody’s guess.

“It will depend on what she wants to do in the future, but she will do really well,” Cranch said.

Elizabeth,  who competes in volleyball, track and field, basketball and soccer for her elementary school, isn’t thinking too far ahead in the sport.

“I’m probably not going to go to the Olympics because I am pretty old right now,” she said.

She is motivated by her enjoyment of the sport.

“It keeps me in shape and my parents always tell me that I have to go,” she said, with a laugh. “And it’s fun and my best friends are here.”