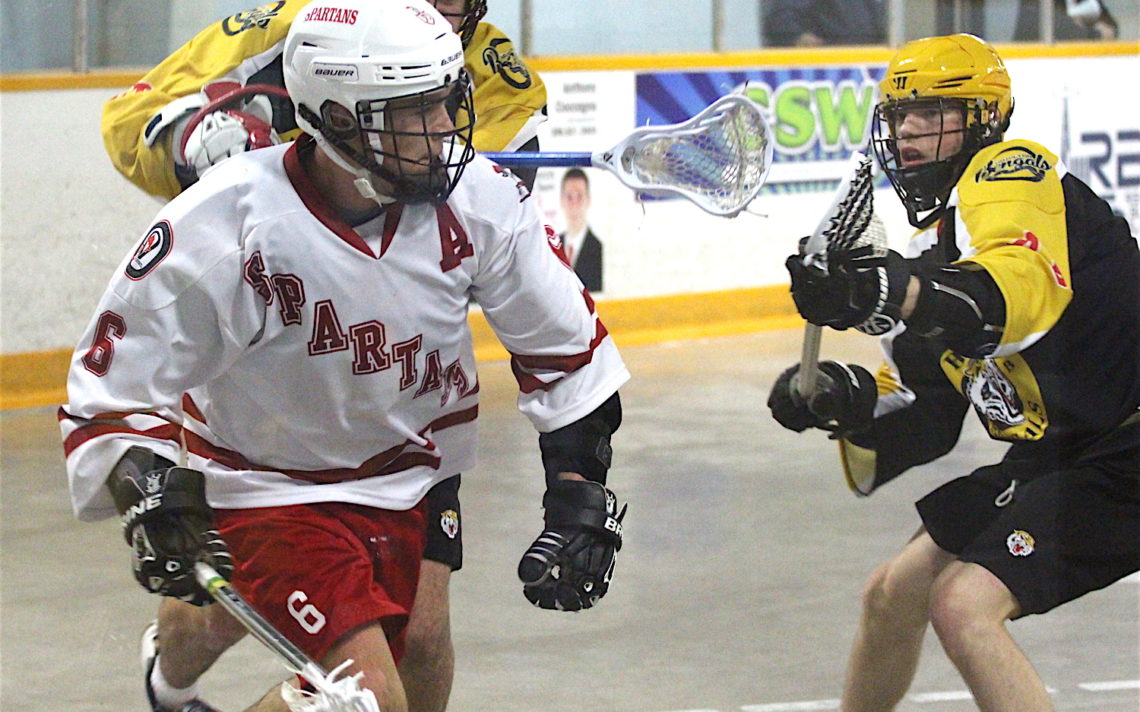 Sam Leclair came exactly as advertised after the St. Catharines Spartans junior B lacrosse team picked him up in a mid-week trade with the Welland Generals.

The 18-year-old scored twice and added two assists as the Spartans fell 12-4 to the visiting Hamilton Bengals in their opening game of the Ontario Lacrosse League season. 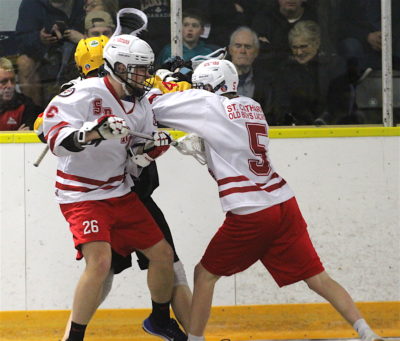 “We’ve known Sam for quite some time and he is going to help us out in the offensive zone,” Spartans head coach John Gatt said. “We got some guys who are away at school and the (junior A) Athletics are looking at a few of our players, so we needed to make sure we had some strong depth in our offensive zone.”

Gatt is looking forward to when some of his more talented players return from school and can become part of the offence with Leclair.

“Absolutely,” he said. “When they come back, we will have a well-rounded team on offence.”

The second-year Grade 12 student at Notre Dame, who played hockey for his high school, was happy to land with the Spartans.

“We have a good group here and we are going to make a push,” he said. “The first one is out of the way and now we have to roll.”

Leclair, who played two years with Welland, wasn’t surprised by the trade.

“I had kind of heard about it, but it took a couple of weeks,” he said. “I’m excited to be here now.” 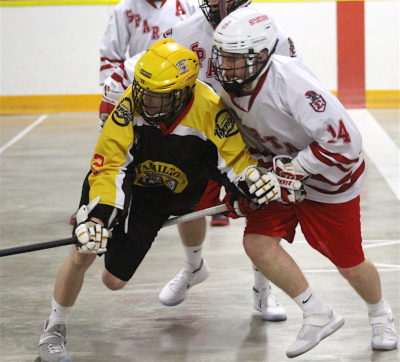 He admits it’s a little odd being a Welland guy playing in St. Catharines.

“It feels different, but there’s a lot of Welland guys that I know who played minor lacrosse for St. Catharines and I know a lot of the guys,” Leclair said. “It was an easy transition.”

He plans to do what he has done his entire lacrosse career.

“I play offence, on the ball and off the ball, put the ball in the net and get the other guys open,” Leclair said.

He wasn’t too disappointed in his team’s opening loss.

“We just have to work out the kinks, but we played hard and there was no quit in this team. That is what I like to see and we will bounce back.”

It wasn’t the coaching debut Gatt was looking for, but he looked anything but upset.

“Obviously you want to come home and have a victory, but we have a young, fresh team,” he said. “In the dressing room, I told them the third period was ours and the boys showed some character and a no-quit attitude. We held our own on that third period.” 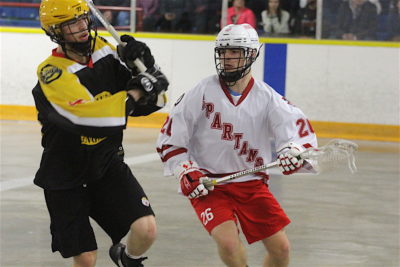 The Spartans also held their own in the first period and went into the first intermission trailing 2-1. Things didn’t go well in the second frame as St. Catharines was outscored 8-1 to trail 10-2 heading into the final period.

“I really think it was a bit of first-day jitters, new systems and a new coaching staff,” Gatt said. “Everybody is trying to earn a position and prove themselves and it’s a matter of the boys connecting and working together.”

Up next: The Spartans host the Welland Generals Friday at 8 p.m. at the Merritton Arena.