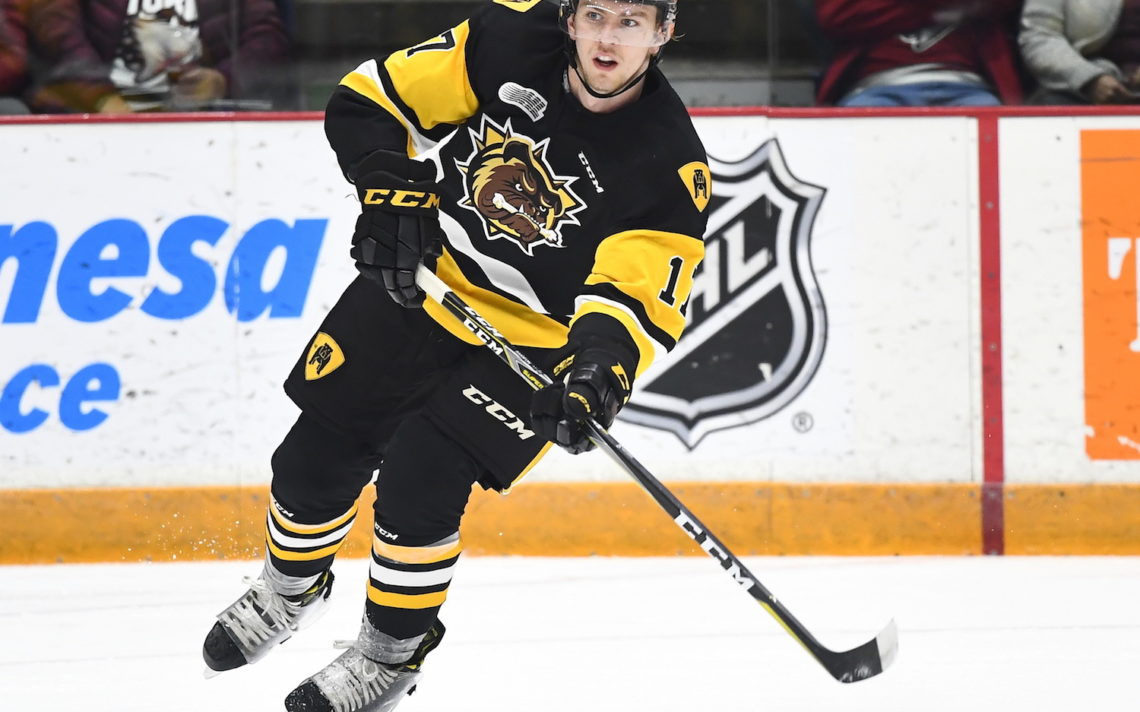 Brandon Saigeon’s most productive season in the Ontario Hockey League couldn’t have come at a better time.

The 19-year-old Grimsby native led the Hamilton Bulldogs in scoring this season and has continued that pace in the playoffs with 10 goals and 14 points in 11 games.

Saigeon’s production didn’t go unnoticed by NHL Central Scouting who ranked the big centre 143rd among North American skaters for the 2018 NHL draft in Dallas at the end of June.

Saigeon is appreciative of the notice, but has other things on his mind with the Bulldogs taking on the Kingston Frontenacs for the Eastern Conference title.

“I’m too worried about the playoffs,” Saigeon said. “Once the season is done then we’ll look more towards the draft or any camps. I’ll leave that up to my agent now.

“I’m just trying to focus on my game so that when the time comes I’ll put myself in a good position.”

Saigeon did admit seeing his name was a nice pat on the back.

“For sure, it’s a boost of confidence knowing that everything is paying off but I’m not worried about it right now.”

One of Saigeon’s most impressive stats was his plus-23 rating.

“I’ve worked on both ends of the ice. Taking care of your own end is something coaches really stress and the more reliable you can be in your own zone, the less time you can spent there and contribute at the other end.

“The coaches have been great and put me in positions to be successful.”

Saigeon’s strong season helped the Bulldogs to a first-place finish in the regular season a solid 43-18-4 record.

“It was nice to have a good season and the team did well. Finishing in first place was definitely a goal of ours and when the team does well, individual success goes along with that,” he said. “Even before the season began, we knew we had a good team so we set our goals high. Our GM did a good job at the deadline and those guys are helping us big time.

“We had some big goals in mind and we’re in a good position to do that.”

Should the Bulldogs get by the Frontenacs they would take on the winner of the Sault Ste. Marie/Kitchener Western Conference final series for the OHL championship.

“The farther you go the competition definitely gets harder. The intensely ramps up so I’m just trying to stay focused on the things I can control,” he said. “There are less teams for the scouts to go watch so there will be more eyes on me and my teammates each game so that’s a big thing.”