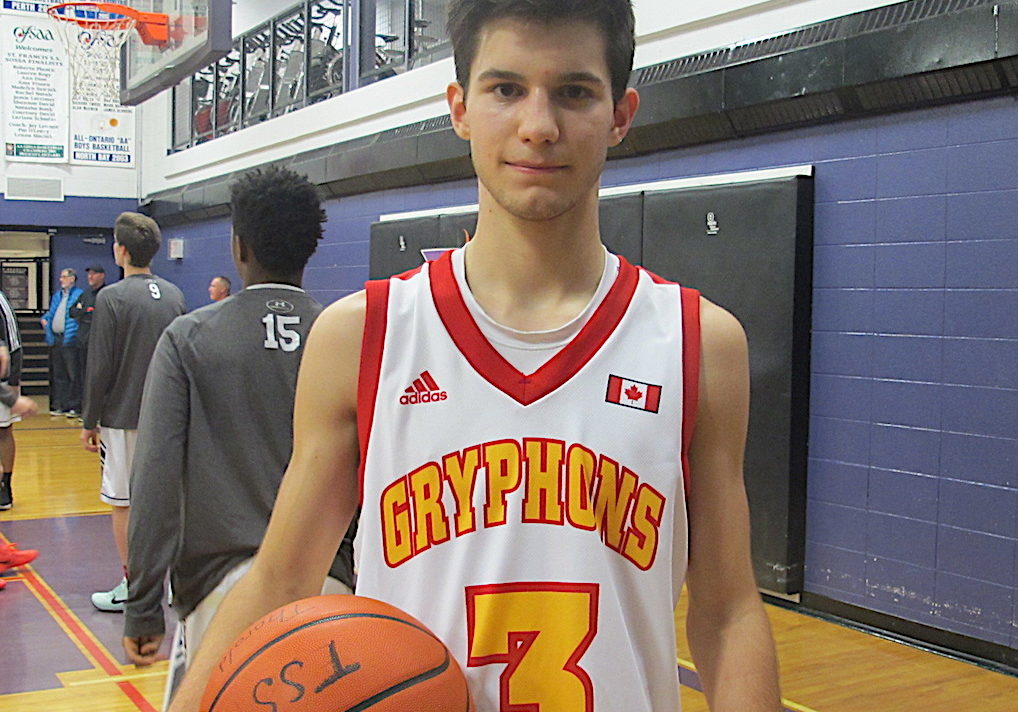 The Greater Fort Erie Gryphons have come together quickly as a team.

The Gryphons are in their first season as a team after Fort Erie Secondary School and Ridgeway-Crystal Beach High School amalgamated.

That meant a steep learning curve for both the coaches and the players, but so far the Gryphons have more than held their own.

The Gryphons held off a late rally to edge the Grimsby Eagles 46-37 Tuesday and advance to the consolation round semifinals Thursday at The Standard High School Basketball Tournament.

“If you have asked me a week or so or two weeks ago, I would have liked to win and go on the championship side,” Fort Erie assistant coach Dave Adamek said.

But with practice time at a premium and so many new faces to integrate into a system, the Gryphons are now more that satisfied to play for a consolation title.

“I’m happy we won but I really feel we need a day to practice and make some adjustments,” Adamek said. “I think we can really accomplish something on Thursday and Friday.

“Being on the consolation side is fantastic. I think we have a good chance to win the Thursday game and if we can squeak into Friday, anything can happen at that point.”

Adamek said the Gyrphons have been inconsistent so far in league play, which is understandable under the circumstances.

“We’ve had some very good games so far the year and some not so good games. For moments, we look good and the players have to start believing in themselves.

“We’ve got some talent, we just have to put it together.”

One of those talents who stood out Tuesday was guard Ethan Van Natter, who led the Gryphons with 13 points.

“It’s pretty exciting. This is the first time we’ve played with each other,” said Van Natter, a 17-year-old, Grade 12 student.

Van Natter said the team wasn’t quite sure what to expect coming into the tournament.

“Just do our best and have fun and see what happens,” he said.

The Gryphons count on Van Natter as both a scorer and a leader.

“He’s a great shooter who is very fast and athletic,” Adamek said. “We look to him to spread the floor and get some fast break layups. He’s the kind of guy who is slashing with the ball and attacking the paint, but also he can shoot. He has a really nice, soft touch.”

The Port Colborne Lakeshore Catholic Gators advanced to the consolation semifinals with a close win over the Ridley College Tigers.

BPSN Star of the Game:

Up next: The Gryphons advance to the consolation round semifinals Thursday versus the St. Catharines College at 3 p.m.