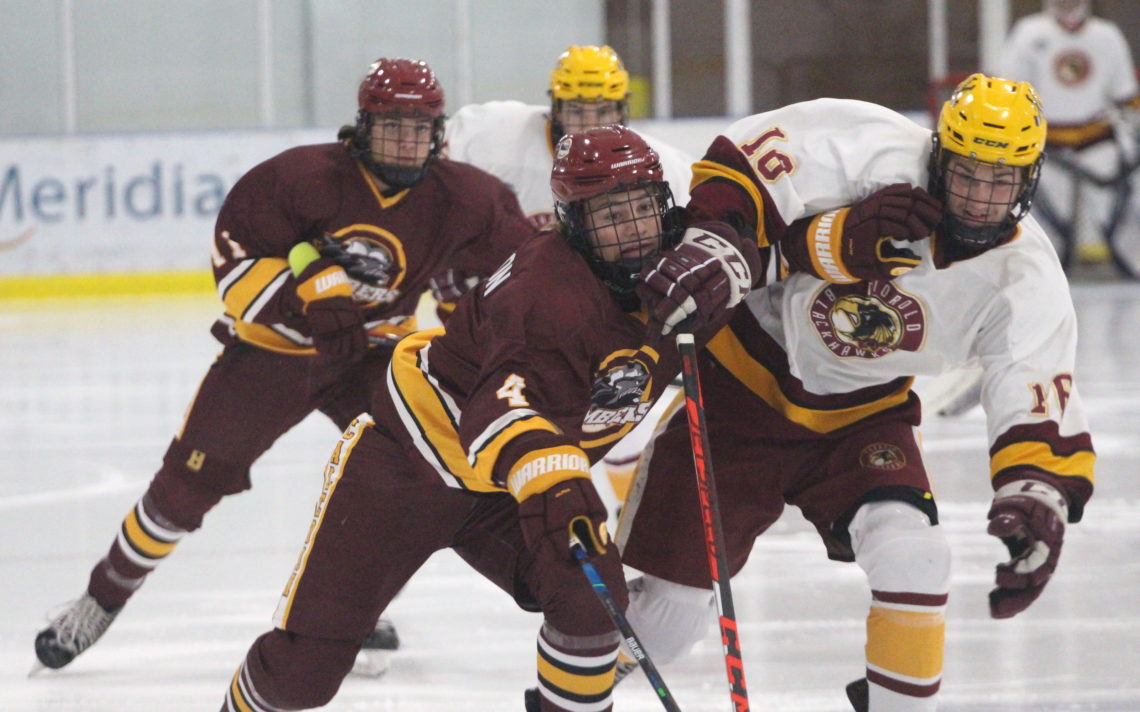 The 19-year-old winger potted his first career junior hat-trick as the Thorold Blackhawks doubled the Caledon Bombers of the Midwest Conference 4-2 and made sure to get all three pucks as a keepsake.

“He could have had 10,” Thorold coach/general manager Scott Barnes said.

Gare netted his first of the game early in the second period, then added his second on a power-play later in the frame. He completed his hat-track halfway through the third and then almost added a fourth on a breakaway on the next shift.

“From the get-go, the first shift I got a couple of hits and got into the game, and got the legs going. After that the rest just happened,” Gare said. “It feels good, the first win of the season. Anything I can do to help win games I’m going to do it. Everyone played a good game.”

“Obviously, last year was a big confidence booster,” Gare said. “Getting a year in under my belt and then coming in this year, with a little bigger role, I just want to help the team as much as a I can.”

Gare’s improvement comes as no surprised to Barnes.

“It’s his second year, he’s confident, he knows the league and he’s bigger and stronger than most guys,” Barnes said. “I kind of expected him to take a big jump this year.”

Gare normally skates on a line with Dylan Pergentile, who picked up an assist Friday.

Barnes sees both Gare and Pergentile as keys to the offence this season.

“Those two guys were my checking guys last year, they killed every penalty,” Barnes said. “They’re very reliable and smart defensively and this year I think they’ll add the offence because they know the league.”

The victory was the first of the campaign for the Blackhawks who dropped their four games of the season.

“We needed one. We’ve been playing pretty good hockey in spurts, we haven’t put three good periods together,” Barnes said. “It’s nice for them to get a win.”

Barnes said there was no secret to the success.

“We just worked. The third period we weren’t very good and stopped working but for two periods we were first to pucks and won battles, all the cliche things you can say, but that’s really what we did.”

Up next: The tournament continues all weekend in Pelham. The Hawks square off versus Komoka Sunday at 7:30 p.m. 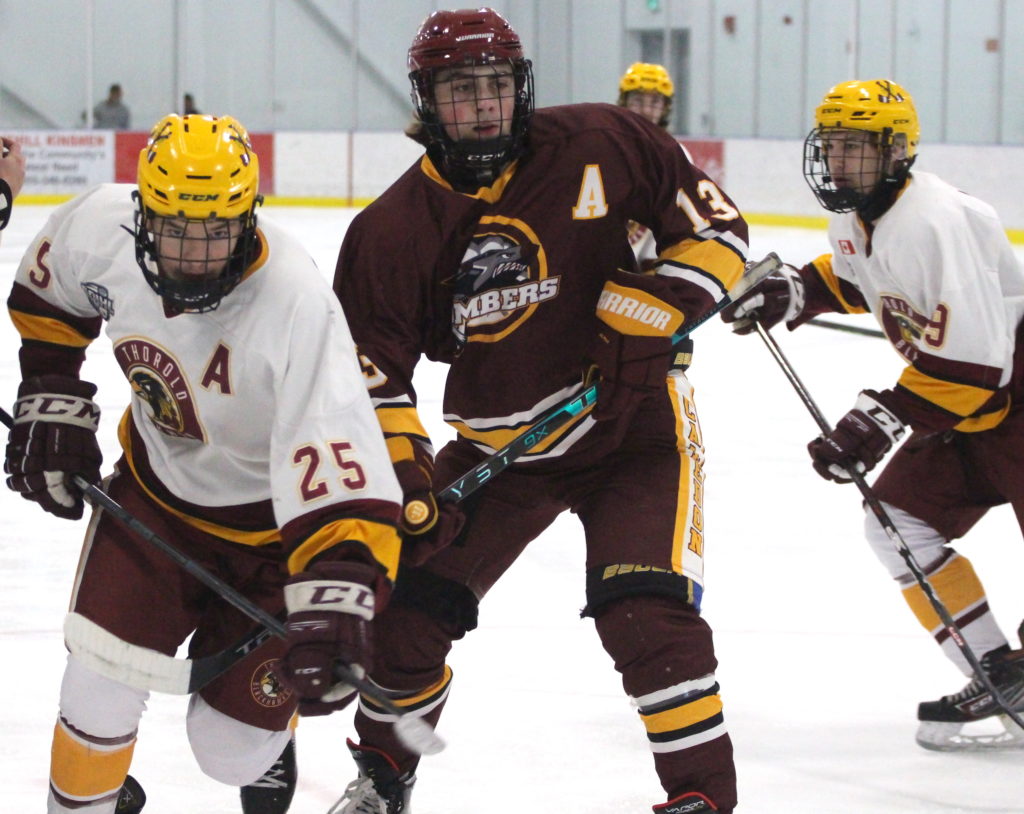