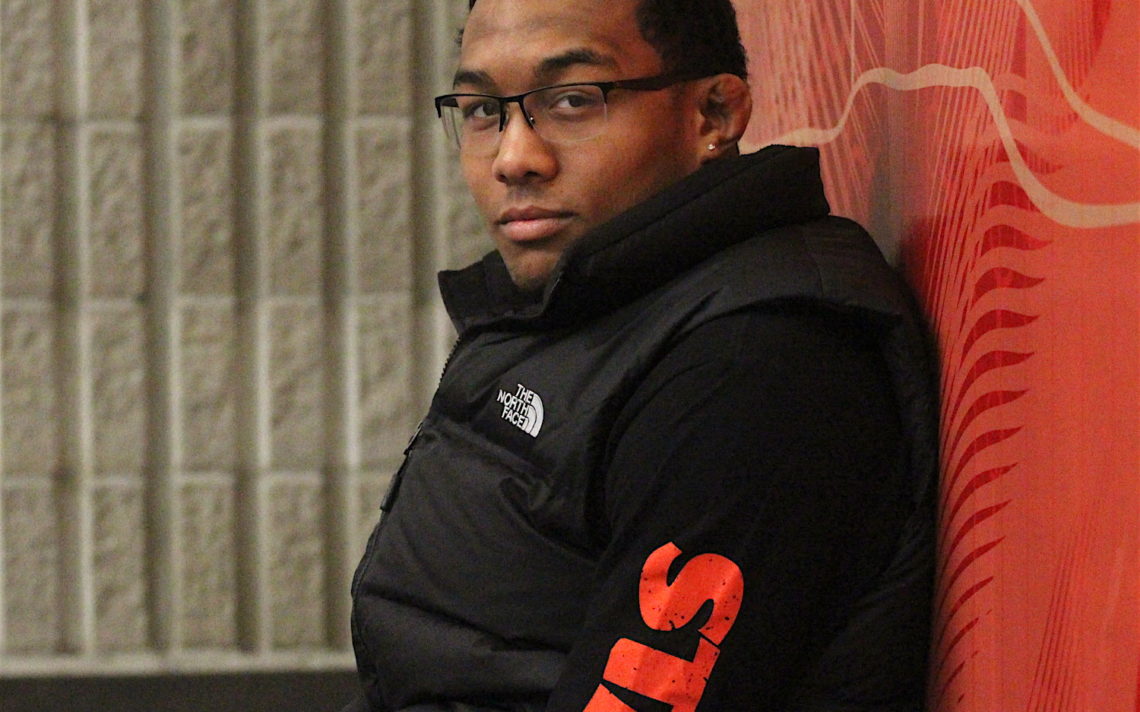 Fresh start pays off for Burgess

Juwan Burgess’ first senior national wrestling title was anything but a walk in the park.

“My first two matches were challenging matches and I had lost to those guys previously throughout the year,” the Brock Wrestling Club member said. “Once I got past those two guys, I realized that this is my tournament and as I stepped on the mat for my final, I wasn’t going to let anyone take that away from me.”

In the final, the 22-year-old Ajax native recorded a 14-5 victory over Aidan McKeage of the Bears Wrestling Club. He greeted the victory in the 79-kilogram division with a sense of satisfaction.

“It was just the fact that I had worked for it and I deserved it,” he said. “Training hard and working hard pays off.”

The two-time Ontario Federation of School Athletic Associations champion (2014 and 2015) and 2014 national juvenile champion had a sense his first Canadian senior championship might become a reality when he joined the Brock wrestling program in the fall of 2017.

“I dived into the program and did really well,” he said. “I always tried my best.”

Prior to Brock, Burgess trained with Team Impact in Ajax.

“It was a fresh start,” he said. “With my old team, I was there for 15 years and I started losing training partners and I needed a change.”

The bronze medalist at the 2012 Pan Am cadet championships had knee surgery in December 2016 and didn’t resume training until June 2017.

“In that time, I decided I wanted to go to Brock so I worked my way towards it,” he said.

He knew what he was in for when he chose to come to St. Catharines.

“It is the hardest (wrestling) room in the country.”

Burgess didn’t make Brock’s five-time defending USPORTS men’s wrestling team this season, but he was hindered by a sprained foot during the wrestle-offs.

It wasn’t for lack of trying.

Burgess’ goal for the year is to score a point on Balfour in training by the end of the year. Balfour recently won his fourth straight Canadian senior title at 74 kilograms and will be representing Canada at the upcoming Commonwealth Games in Australia.

“It’s going to happen and I have come very, very close,” Burgess said.

That goal is almost as important as his first senior national title.

“Yes and no,” Burgess said. “Jevon is probably one of the best on the country and being able to score on him is a big accomplishment.

“But then again, winning senior nationals is my own goal so I used Jevon as a stepping stone. If I got there, I would be able to do this (win senior title).”

He is only at the start of his ultimate goal.

“I want to go as far as it will take me. To be honest with you. I would love to represent Canada in wrestling at the Olympics and that is the end goal,” he said. “For now, I am thinking Pan Ams and the worlds now that I have that opportunity.”

He has wrestled for Canada twice before at the international level.

“It’s my first international competition as a senior and that’s a completely different ball game.”

Because 79 kilograms is not an Olympic weight class, Burgess hopes to add a few pounds of muscle and move up next year to 84 kilograms for university wrestling and 86 kilograms for senior wrestling.