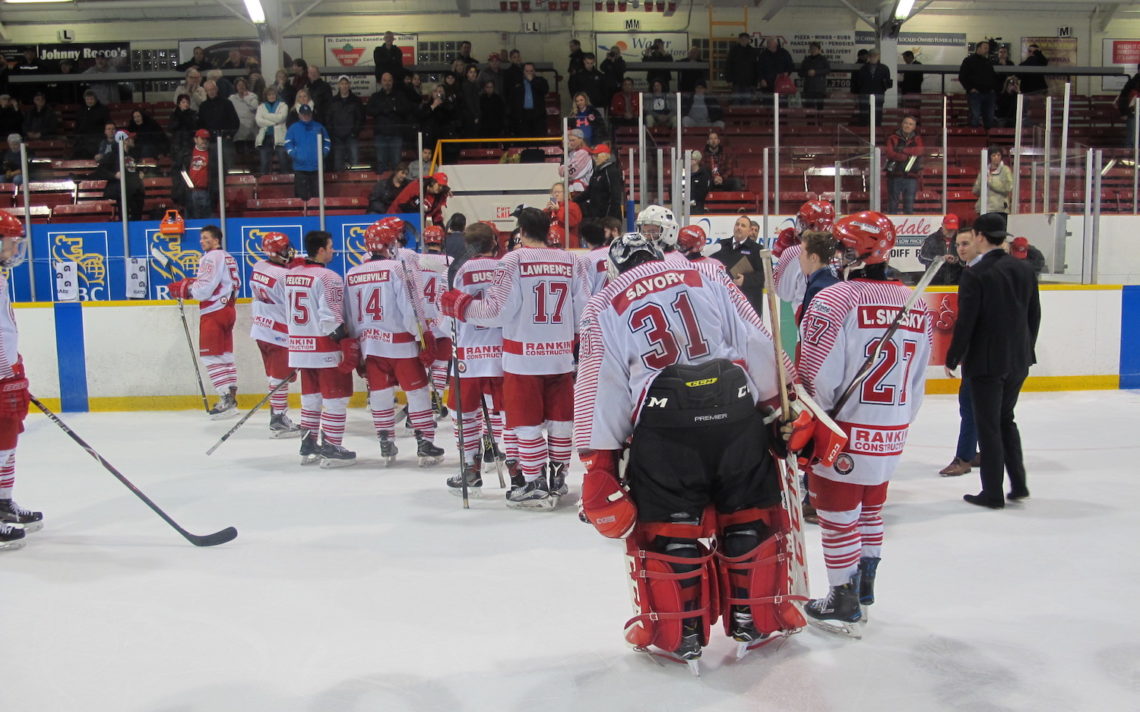 This is not how Owen Savory pictured his final game of junior hockey.

The 20-year-old netminder for the St. Catharines Falcons was hoping to wrap up his junior career with a Sutherland Cup championship, but instead had to watch the Caledonia Corvairs celebrate.

It is the fifth straight championship for the Corvairs, who now move on to the Sutherland Cup playoffs.

Savory was one of final players off the ice before he went into the dressing room and removed his Falcons jersey one last time.

“Obviously, it (championship) is something you dream of in your last year but you have to be proud of every guy in that room,” Savory said. “Everybody is proud of each other.”

Savory, who earned Golden Horseshoe Conference most valuable player honours for a standout regular season, has fond memories of his two seasons in St. Catharines.

“They treat you as a person first as opposed to a player. I think I’ll miss the friendships the most. The Falcons really pride themselves on you’re brothers for life. I’m going to miss coming to the rink and seeing my brothers. I couldn’t have asked for a better group of guys.” 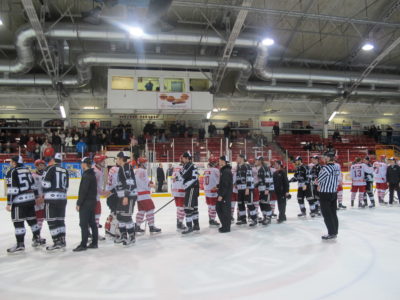 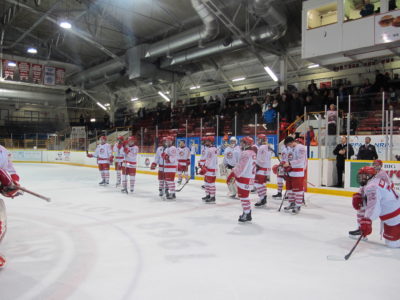 “It’s so hard. They obviously wear their hearts on their sleeve and they’re upset,” Girhiny said. “Their junior careers are done. You think of all the times you went to the rink as a child and played OHL and come back. It’s tough. They really played hard and gave it everything they had.”

To say the Falcons came out flat would be a gross understatement.

The Corvairs struck early and often in the first period, building a 2-0 lead less than seven minutes in. By the end of the opening 20 minutes Caledonia led 4-0 and totally dominated the period, outshooting St. Catharines 16-4 in the process.

“Were we prepared? Ya. Were we flat? No doubt about it,” Girhiny said. “I don’t know how much more you could ask our guys to be ready.”

The Falcons stemmed the onslaught in the second and finally got on the board when Michael Davies scored for the lone goal of the period. Each team had seven shots on goal.

Davies made it 4-2 about eight minutes into the third with a power-play marker, a shift or two after Smilsky was denied on a point-blank opportunity in the slot. Eric Eschweiler then added an empty net goal to round out the scoring.

“We were proud how they responded after the first period,” Girhiny said. “Those two periods we gave it everything we had with the lineup we had. We left everything on the ice and that’s what we ask them to do.”

Girhiny couldn’t help but wonder how different things may have been had the Falcons had a full and healthy lineup.

“We were missing some real key players,” he said. “We didn’t have Dunda, Edwardson and Miskolczi, three big time forwards that are strong and heavy. That’s what we needed to play against those guys.”

Girhiny didn’t consider the lack of a championship a disappointment.

“They’re a pretty strong team and there’s a reason they won the Sutherland Cup four years in a row.”

Up next: The Corvairs advance to the Sutherland Cup playoffs. 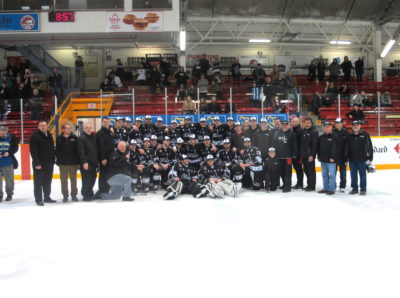