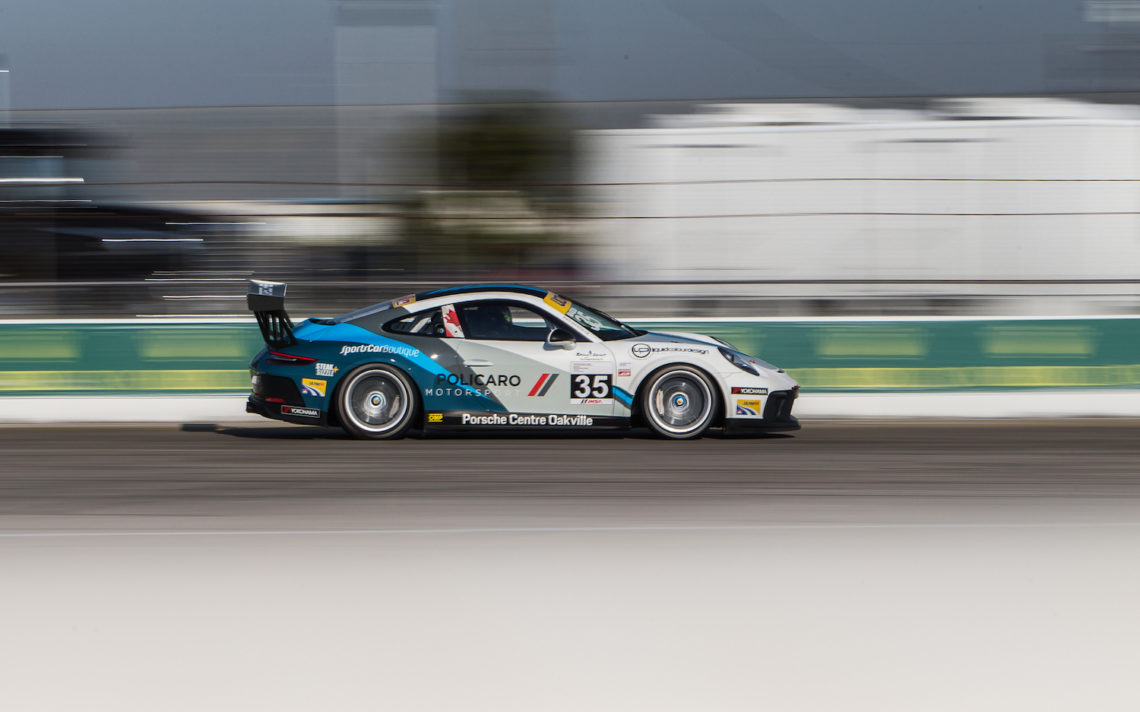 Nelson started racing motocross when he was four and can remember being in kindergarten and telling everyone he wanted to be a driver.

Twenty-five years later, he is still chasing that dream. 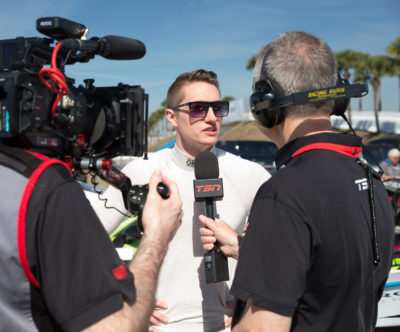 “I see all my friends and it’s not like they chose not to follow their dreams,” he said. “We know how life is but, for me, we’ve worked so hard and my entire family has put so much resources into it.”

The Welland resident remains committed because it’s difficult to let go of his childhood dream.

“If not now, at points in my career, I have been one of the best drivers in the world,” he said. “It seems a shame to let that go after we have worked so hard.”

His entire family has put the time, effort and money into making his dreams a reality.

“The reality is it is more of a selfish thing,” he said. “I truly love what I do and I would 100 per cent live on the street for the rest of my life if it meant that I could still drive race cars every day.”

And it’s not about fame or riches, although, both would be nice.

“I am living my dream no matter how hard I have to work for it and no matter what the scenario,” he said. “It’s being able to experience pushing myself to the limit in a car each and every time I get to do it.”

After more than decade’s absence, Mason is back pushing himself to the limit in North America.

Competing in Europe since 2007, the 30-year-old Welland resident raced Formula 4, Formula 3 and finally Formula 2 cars in 2017 before competing during March Break at an Ultra 94 Porsche GT3 Cup Challenge series race at Sebring, Fla. 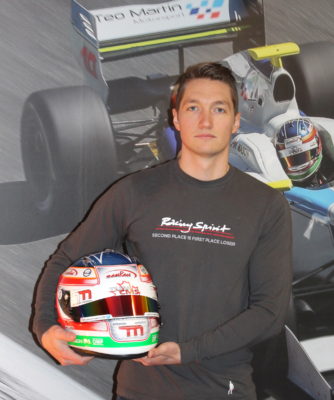 His last driving gig in Europe was with Teo Martin Motorsport in the World Series Formula V8 3.5 series during 2017. He competed in nine of the Formula 2 races and ended up 11th overall  Everything was looking positive for 2018 and then the necessary funding to race — it takes $1.5 million Canadian per season to race in the series — unraveled.

“That was sort of the final nail in the coffin for Europe,” Mason said. “I had been over there for so long and worked so, so hard and achieved so much with little funding.

“It came to me being 30 and I’ve proven I am good enough to be a professional racing driver, but the one thing we haven’t been good enough at was the business side.”

It was a constant struggle being Canadian and trying to attract sponsorships.

“The types of companies that have that money are mainly American so then why wouldn’t they sponsor an American?”

Mason was also tired of the endless travelling. One year, he made 72 flights all over the planet.

“It became time to focus on being here, we had opportunities here and Porsche has always been my dream car.”

Driving for the SportsCarBoutique/Policaro Motorsports team with support from Porsche Centre Oakville and local sponsors Fallsview Group, Ruth’s Chris Steakhouse in Niagara Falls and the Menechella Group, Mason had a wildly successful debut in Sebring.

In the first of two races, featuring a mix of U.S. and Canadian cars that eventually split off and compete for separate championships, Mason was fourth among Canadian cars and seventh overall midway through the race before his left front tire failed and he hit the wall. In the second race, he started ninth and finished third overall, and second amongst Canadian cars.

“It was a really strong result with a new team and a new car.” Mason said, adding it was the first time he drove a car with a roof.

“It was definitely a positive, positive experience and moving forward, I think we will be the team to watch,” he said. “It is quite a bit more of a simple car than what I am used to, and it’s more on the driver than the setup.”

“We are doing that 17 times a lap for 45 minutes and in a 45-minute race, I would lose about seven pounds of weight,” Mason said.  “That’s more than five per cent of my body mass.”

His goal is to win the series championship.

“It would be really emotional for me to win a championship in Canada and get back on that horse,” he said. “It will be very tough and super competitive which is what I look forward to.”

He knows he is behind the eight ball with his new team.

“We are not experienced in it and we are going to make mistakes,” he said. “If there is more to overcome, it makes it more enjoyable in the end.”

He is still working on trying to arrange a ride in the Indy Lights series, a division his brother Jesse placed third in 2004. It requires a yearly budget of $600,000 American.

“That’s why physically, I want to stay in as top shape as I can.”

To do that, Mason works out hard and eats properly.

“Eating clean sucks, but it is massive,” he said. “I haven’t been to a fast food restaurant in 10 years other than a Subway.”

He works out at home and at the Fitness Zone in Niagara Falls.

“Everyone there is significantly more muscular than I am and when I work out with them, I am 100 per cent making progress.”

His ultimate goal is to drive in IndyCar.

“It is becoming more and more attractive and growing and it’s better and more popular than it ever has been,” Mason said. “All the guys in it are top athletes and top drivers.”