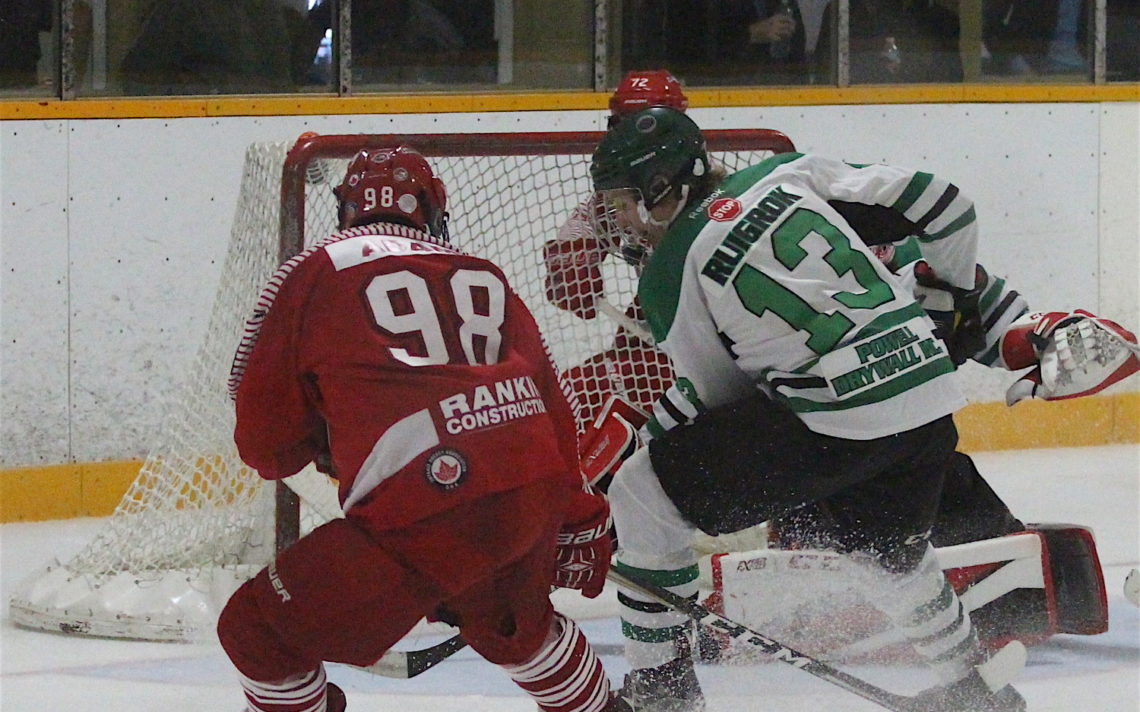 The St. Catharines Falcons got back on the winning track with a 4-0 victory over the Pelham Panthers in a Greater Ontario Junior Hockey League, Golden Horseshoe Conference game Sunday afternoon at the Pelham Arena.

The Falcons were coming off a tough overtime loss to Ancaster Friday and also dropped a 7-5 decision to the Panthers two weeks ago.

“I really liked the way we played today,” Falcons coach Dan Fitzgerald said. “I thought our effort level was very good and I think that came from keeping it simple in all areas. We still need to find a balance between playing physical and being disciplined, but overall I was happy with our game.”

The Falcons grabbed a 2-0 lead in the first period on a pair of goals by Hayden Broomhead. St. Catharines outshot Pelham 22-8 in the period.

St. Catharines added a pair of power-play goals in the second by Michael Davies and rookie Arber Xhekaj.

The Panthers made a bid to spoil Owen Savory’s shutout with 17 shots in the third.

“Owen was terrific when we needed him,” Fitzgerald said. “It was a great team win. Now to keep it rolling.”

Overall, the Falcons outshot the Panthers 39-36.

St. Catharines went 2-for-9 on the power play while the Panthers went 0-8.

The Falcons host the Caledonia Corvairs Friday and then return to Pelham next Sunday.

The Blackhawks host Pelham Thursday, then travel to Caledonia Friday and Buffalo next Sunday.

Tanner Sheppard made 36 in goal for the Avs.

Andrew Burns had two goals and Eddie Schulz one for the Corvairs.

The visiting Niagara Falls Canucks scored four goals in the first period en route to a win over the Regals in Buffalo.

Matthew Caruso had two goals for the Canucks while Matt Baumann, Michael Arch, Matthew Thorpe and Owen Green rounded out the scoring.

The Regals remain winless at 0-14.