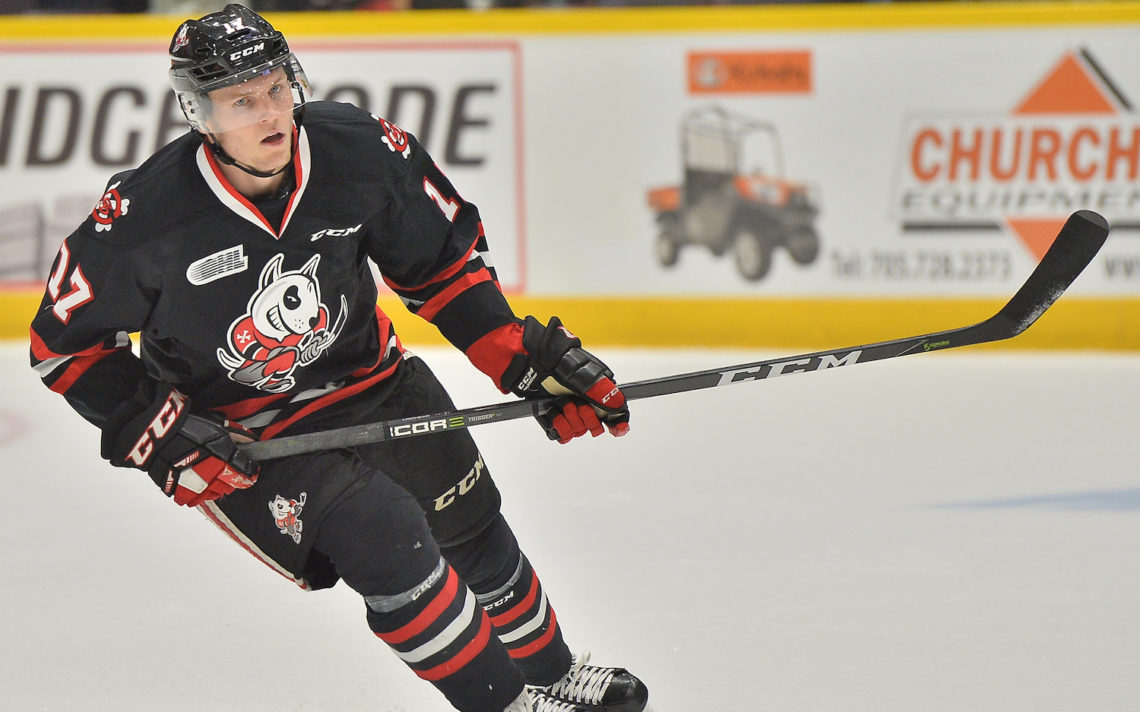 Willy Lochead did some serious soul searching before making the biggest decision of his young life.

The 20-year-old London native had the opportunity to come back to the Niagara IceDogs as an overage defenceman, but instead will attend Western University this fall where he will major in economics.

“Schooling is pretty important in my family and hockey can only take you so far, so I think it’s time to go to Western,” Lochead said.

“It was a tough decision. It took awhile to make the final decision. I talked with my uncle (former NHL winger Bill Lochead) and talked to a couple of other people and thought it was the better option.”

Lochead plans to play hockey at Western and will have a familiar teammate in Thorold’s Kyle Langdon, who is also enrolled at the London-based school.

Lochead played three seasons with the IceDogs and earned a reputation as a tough, stay-at-home defenceman, who was respected on and off the ice.

“We’re certainly disappointed by Willy’s decision,” IceDogs coach Billy Burke said. “We would have loved to have him back. He was a hard-nosed competitor. He was a soldier for three years. He would do anything his teammates asked of him.

“We’re going to miss him, but at the same time, we respect his decision to move on with his life and career. He felt if he came back for another year he might fall too far behind his peers. A university education is very important to him and his family.”

Lochead joined the IceDogs as an undrafted 17-year-old who played his rookie season at Ridley College under former Niagara coach Mike McCourt.

“I came to camp really as a nobody and sort of took the back door route. I’m proud of my OHL career,” he said.

Lochead has many fond memories of his three seasons in Niagara.

“My first year the (Eastern Conference) championship was pretty incredible. That playoff run was a lot of fun,” he said. “Every year was great. It changes over time from being a rookie to an older player.”

Lochead plans on keeping tabs on the IceDogs.

“It was good camaraderie with guys on the team. A lot of those guys will be back next year so it will be tough not to be with them,” he said. “I’m still close with them and will be following them and cheering them on for sure.”

Lochead’s departure creates an opportunity on the blueline.

“Our defence is going to be the strength of our team,” Burke said. “We have a group of veterans and then to add (import Daniel) Bukac to that mix as well and a couple of real exciting rookies coming in. “It’s highly competitive. There are a lot of good defencemen back there.”

Joining Bukac in the mix are returning rearguards Liam Ham, Elijah Roberts, Justin MacPherson, Drew Hunter and Billy Constantinou, along with first-round selection Lleyton Moore. Toss in OA Johnathon Schaefer and junior B prospects Danial Nardi and Mason Howard, and the IceDogs have plenty of depth in that area.

With Schaefer and goaltender Stephen Dhillon coming back as an OAs, Burke expects the club will add another 20-year-old, but not necessarily before the start of the season.

“There is certainly no rush to fill those spots now,” he said. “I think we’ll stay stats quo in terms of overagers and see how we start and address needs as we see fit.

“The plan to have a strong team and hope to put ourselves in that position to get a premier OA that can be that piece over the top.”