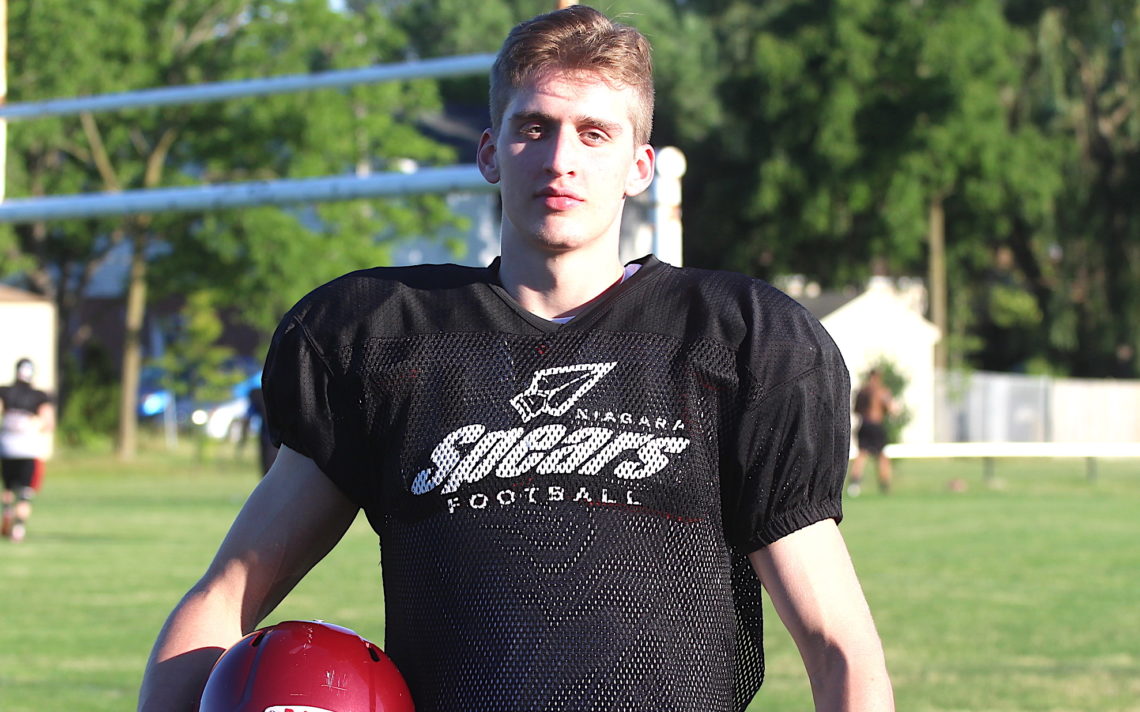 Spears defender glad to be back

Last summer was a frustrating one for Mitch Demers.

The 18-year-old St. Catharines native was looking forward to his first season with the Niagara Spears Varsity football team before suffering a separated shoulder early on in the tryout process.

“It was really disappointing because you are looking forward to it and (the injury) wasn’t even through football,” the 12B student at St. Francis said. “That added to it and not being able to get on the field was really tough. I am glad that I am able to be back out here.”

The injury, suffered while throwing a dodgeball in gym class, kept him off the field, but he attended the Spears games to stay in touch with the sport.

“Luckily it wasn’t as bad as when I dislocated it the first time, but I just didn’t want to take any chances with it again.” 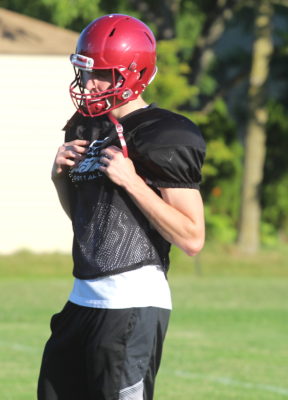 Demers worked hard rehabbing the injury and strengthened areas of weakness on his body with exercises provided by Generations Sport and Spine Physiotherapy.

Spears head coach Brian Duguay saw the fruits of those efforts when Demers showed up at training camp.

“He took the year off and got bigger and stronger,” he said. “He came in with a positive attitude and in very good shape.”

The 6-foot-5, 205-pounder feels he has made significant strides this season in his play.

“Back in bantam and junior (varsity), I played linebacker, but this year I have really stepped out more to play DB (defensive back) halfback and corner,” Demers said. “The versatility definitely helps and I can go in and play wherever they need me on the field.”

His size is a huge benefit in the defensive backfield.

Duguay describes Demers as a strong football player, who has been well coached.

“St. Francis has Sean Jones as defensive coach and you can tell Mitch has had some good coaching there,” Duguay said. “And that’s not taking anything away from the other coaches.”

Demers loves what Jones provides him in the classroom as a history teacher and on the football field.

“You can tell he teaches with a passion and he has taught me a lot of things on the football field and in the classroom.”

Duguay feels Demers has lots of football to look forward to in future years.

“He is a high IQ football player and a nice young man,” he said. “He has a good football future ahead of him wherever he wants to go.”

Demers is planning to return to 12B for one more year of high school ball and then he is looking forward to playing at the post secondary level. His play this season with the Spears has caught the eyes of several university scouts and he has already made visits to McMaster, Waterloo and the University of Toronto. He’s also planning to tour Queen’s later this summer.

The university interest is proof he is making strides in football.

“It’s definitely validating,” he said. “I have been playing football for eight or nine years now and to have scouts coming up to me is a really great feeling.”

This year was the first season he realized had a chance to play at the next level.

“It was pretty sudden having all these scouts coming up and taking to me.”

When the Spears season is over, Demers will be eagerly anticipating his final year of high school football at St. Francis.

“Being able to represent my school in the best way that I can is great and high school football in general is a great learning experience,” he said. “And you make bonds that last forever.

“It sounds cliche, but it really is true. You go to war with these people every week.”