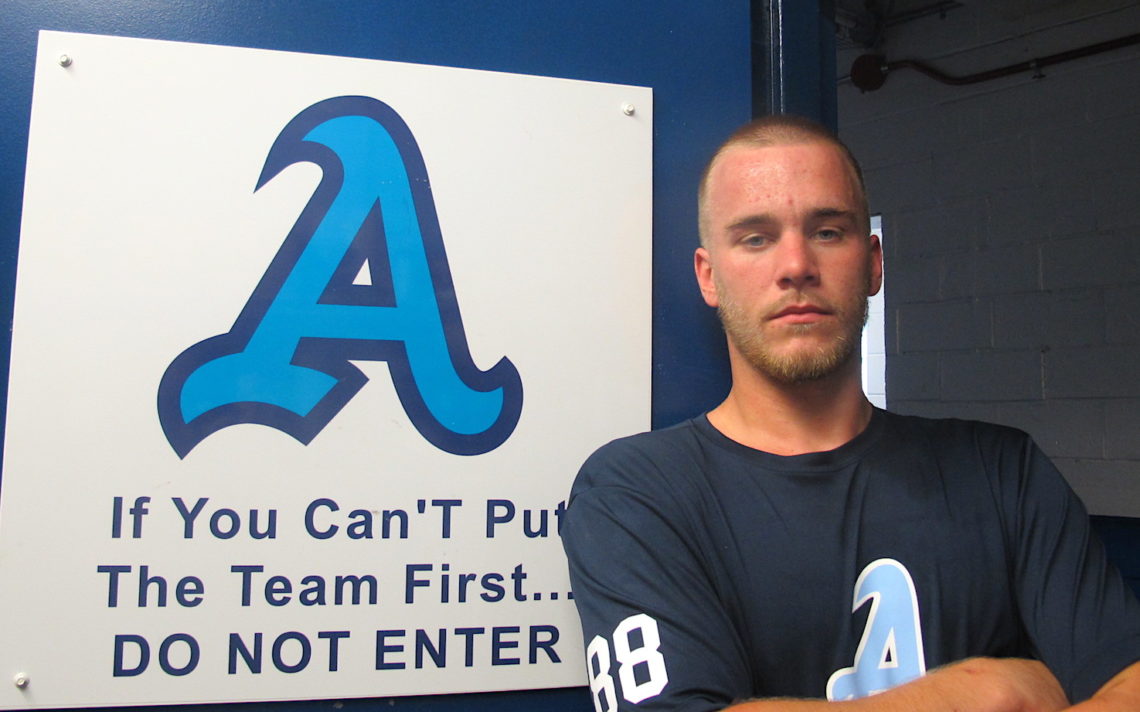 Bradley Fannell has been perhaps the biggest and most pleasant surprise for the St. Catharines Athletics this season.

The 20-year-old St. Catharines native didn’t even play organized lacrosse the last two years due to a combination of injury and school, but came back this season to finish off his career with the A’s where he is among the leaders on defence.

“Latrell was in my ear and I found out we had a good coaching staff,” Fannell said.

“It was a little hard with the winter practices. I wasn’t used to running but once the team was made, I felt like I got settled easy.”

Fannell also worked out with Harris, which made the transition easier.

“When I first came in, I wasn’t going to the gym a lot and then started going to the gym with Latrell,” he said. “Once I got the stick in my hand, I thought I was capable of playing at this level.

“Two games in and I got my feet wet. I just kept it simple and did my job.”

Fannell also said a solid working relationship with defence coach Ian Rubel has been a huge plus.

“I trust in him and he has trust in me,” Fannell said.

On the floor, Fannell is a no-nonsense, reliable defender who has helped the A’s to the best defensive record in the Ontario Lacrosse Association junior A division.

“As long as we’re doing fine and winning games, I’m fine with how I play.”

Fannell, whose father Steve is a former A’s coach who also played at the pro level, said he always been a selfless player.

“Growing up, I was always the pass-first kind of guy. I’ll pass to my teammates and if they score and we’re winning, I honestly could care less how many points or hits I get.”

A’s general manager Jeff Chcoski is thrilled with what Fannell had brought to the A’s.

“A lot of people had great things to say about him going through minor lacrosse, but I never thought he would be this good. He’s been a surprise. On any given night, he can be in our top two defenders.

“He’s really taken the D corps to the next level.”

Fannell, whose brother Eric plays professionally for Rochester, has high hopes for the A’s come the post season.

“It definitely feels really good. This is probably the best team we’re had here in five or 10 years and to be on a winning streak and playing like this, there’s nothing I can complain about.

“Everyone else feels the same way as I do. We all come out and produce and win games and go out and have fun after. That’s all that matters.”

The A’s defeated the Barrie Lakeshores 15-1 Wednesday at Jack Gatecliff Arena to improve to 13-5.

The A’s wrap up the regular season Thursday in Kitchener and Saturday in Mimico.