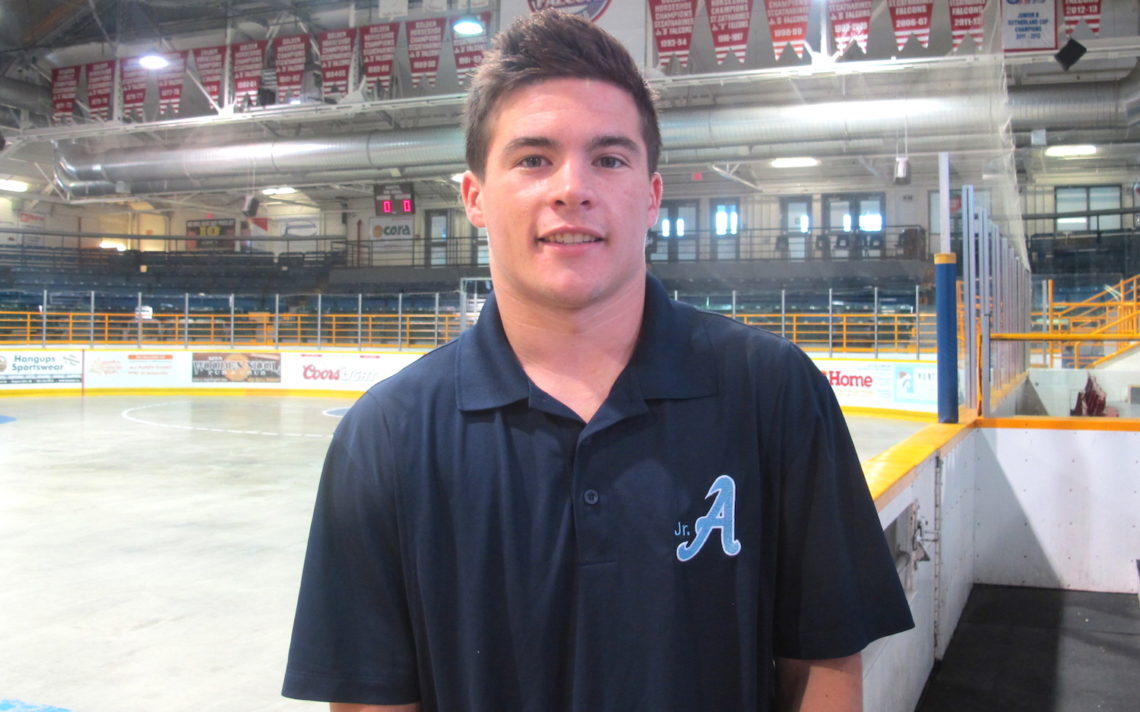 After missing the first seven games of the season while he was away at Culver Military Academy, the 19-year-old sniper made an immediate impact upon his return.

The St. Catharines native racked up 10 goals and 18 points in his first three games and was at it again Wednesday as he collected seven more points as the A’s topped the Six Nations Arrows 12-4 in an Ontario Lacrosse Association junior A game at Jack Gatecliff Arena.

“We’ve always had great talent here in St. Catharines for the last three years so to get back with these guys has been great,” Simmons said. “It was nice to get back and score some goals.

“They were waiting for me and I was waiting to get back. I was just happy to be able put a lot of points on the board and help them.”

Simmons, who is in his third season with the A’s, can really feel the difference this year, both on the floor and in the room.

“This is the best we’ve been for a while and I’m really excited for the rest of the season,” he said. “We’re not waiting around anymore. We’re here to win and it’s exciting.”

Simmons said confidence has much to do with the A’s resurgence — the team missed the playoffs last season.

“Steve (Toll) has had a great impact in the way he is coaching and we’ve become confident ourselves. Once we saw how good we really could be, now we know we’re legit,” Simmons said. “I like it and whole dressing room environment is huge for us.

“There is a huge difference. We’re not afraid to come to the rink and get blown out. It’s nice to know every game we can win.”

“He’s definitely an elite player in this league,” Chcoski said. “He’s someone who brings a lot to the floor. You feel every time he hits the floor he can make a great play or put the ball in the net.”

Simmons has spent the last three years at Culver where he developed his game and matured away from the field.

“It was a lot about reinventing myself and building character and leadership skills that will help me in future endeavours,” he said. “I really needed it. It was a good time for me to go. It helped me grow up and be independent.”

“The competition was great,” he said. “It keeps me ready for the next level when I go to Denver. It really helps me transition to here. I’m playing lacrosse year around so it helps me keep in shape.”

Simmons is off to the University of Denver this fall on a lacrosse scholarship.

“When I get the opportunity to go there this September, I’m not going to take anything for granted,” he said. “It’s one of the top programs in the country.”

Nick Damude made 42 saves in goal for the win.