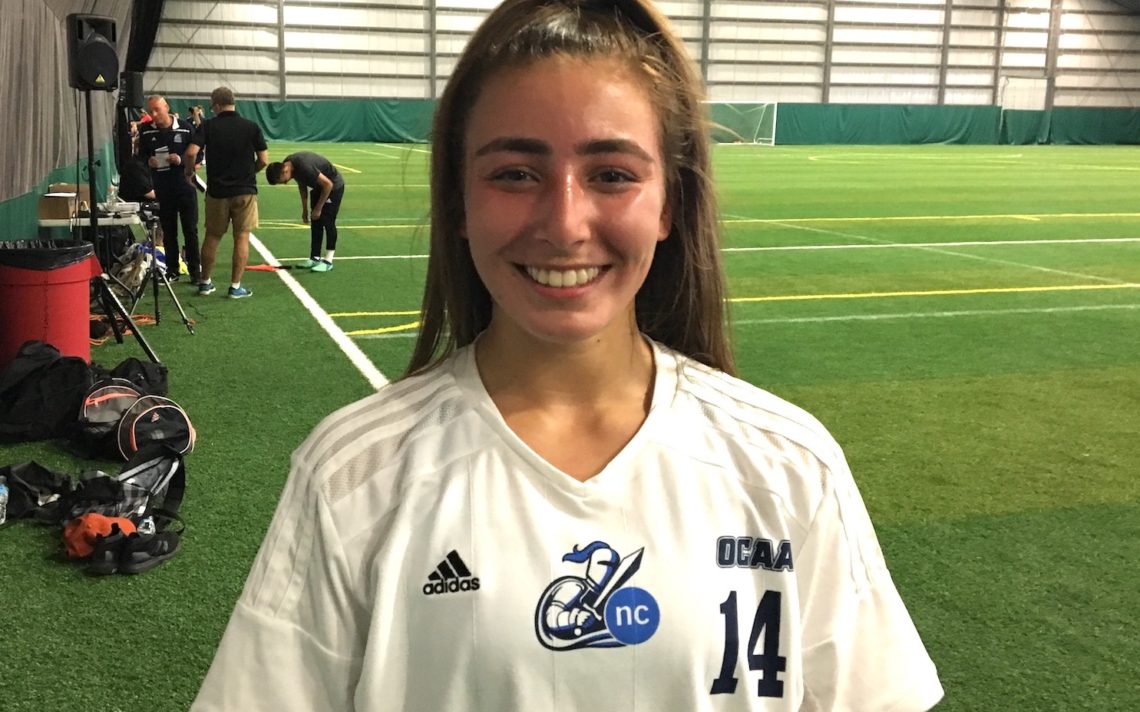 Knights go on the attack

Sophia Al-Kayed’s decision to attend Niagara College this fall gives her the best of both worlds.

The 18-year-old, Grade 12 student at St. Francis had a shopping list of wants and Niagara turned out to be an ideal fit.

“I chose Niagara because it’s close, it’s local, plus I wanted to do business and I heard they have a really good business program. Plus, I’ll get to play soccer as well,” she said.

Al-Kayed was one of 38 local female players who took part in the Niagara Region High School Soccer Showcase, sponsored by the Niagara College Knights, Wednesday at Youngs Sportsplex in Welland.

“It made me feel welcome.”

“We were in need of attack, that’s what our team lacked,” he said. “She will be an attacking presence on our team, something we have been waiting for. I’ve been here for two years and we’ve needed an attacking player of that calibre.

“I’m really exited to see what she’s going to do at this level.”

Lalama feels his newest recruit will be a dynamic presence at the collegiate level.

“Every time she’s on the field, every time she touches the ball, something happens,” he said. “She makes things happen and makes players around her better.

Al-Kayed, who set up Team White’s lone goal when she fed Sommer Newton of E.L. Crossley with a perfect pass, began playing soccer with the St. Catharines Jets when she was 10. She is a now a member of their U-21 team and looking forward to playing at a higher level.

Al-Kayed, who also participated in last year’s game, had to leave at halftime to go play for the Jets.

“It was really fun. I did this last year as well and it was great to be out there.”

Bishop was named most valuable player for her squad while Terin Hultnik of Smithville Christian earned MVP honours for Team White.

Niagara men’s assistant coach Rino Berardi put together the concept for the game five years ago.

“Overall, I would say this was the best calibre of soccer we’ve seen with the girls. It’s at its highest level and each year it’s gotten better,” he said. “More people are aware of it and I think it’s grown because of the awareness of it.” 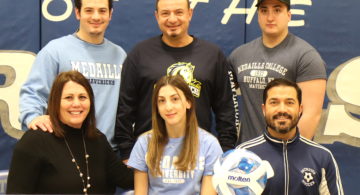 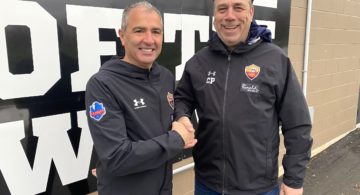