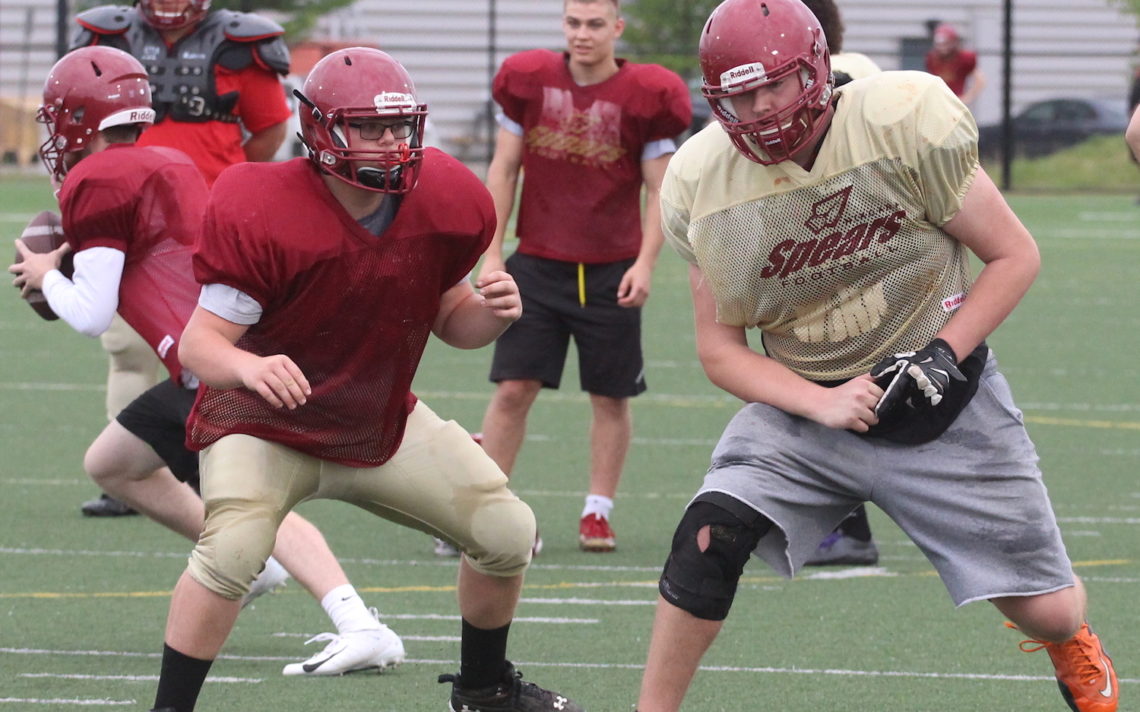 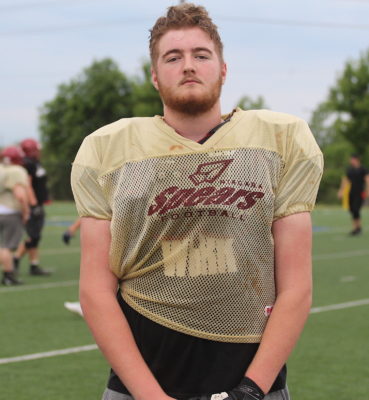 All that has changed for the six-year member of the Spears travel football program.

“Now I am going out and I am getting more aggressive,” he said. “I’ve really noticed that and the coaches have been really happy about that because I wasn’t usually angry on the field.

“Now I’ve made that switch and I am pissed off. It’s good.”

The Centennial Cougars football player has also added 25-30 pounds since the start of the last season.

“I’ve been the biggest and tallest among the linemen, but not necessarily the thickest,” he said. “This year, I gained some weight in the weight room and I am a bit thicker now.” 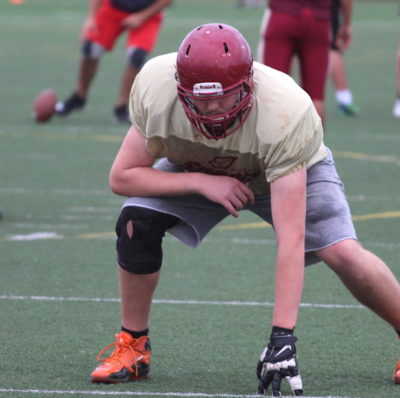 That added bulk has come in handy on the football field.

“It really helped in high school ball and Spears,” he said. “Without it, I probably wouldn’t be playing against such good competition.”

Spears head coach Brian Duguay would like to see him develop even more physically.

“He has a lot of upside coming, but he has just got to hit the gym and develop his body,” he said. “He is 6-foot-8, but with being 6-foot-8, he needs to fill out. Filling out will guarantee him a good shot at playing time (at university).”

Duguay would also like to see Avery better understand how he can use his height and leverage.

“His wing span is seven feet and if he can block the guy at six and half feet, then the guy is not getting in on him,” he said. “When he lets the guys get in, he has a hard time.”

Avery agrees with that assessment.

“I need to get a lot lower. I am a tall guy and I like standing up because it’s comfy, but I need to push myself to be uncomfortable and get lower so I can have the edge on the competition being such a big guy,” he said. “Being low is the best for any offensive linemen because the lowest man wins.”

Avery’s physical attributes and his ever-improving football skills have landed him a football scholarship at Carleton. He had interest from almost every university in Ontario and also a few out-of-province schools, including Acadia and Mount Allison.

Carleton quickly became his destination of choice after visiting the Ottawa university. 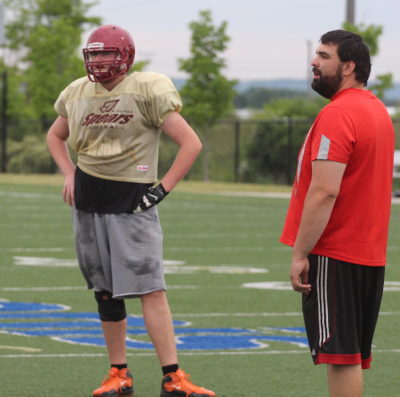 “People talk about a feeling when you go to a school and you get that feeling in your stomach that this is home,” he said. “I wanted to be there and I didn’t only look at it for its football program.

The football program is amazing but I want to go there knowing that if I break my leg the first day of training camp, that’s still the school I want to go to.”

He is planning to major in criminology.

Avery will have plenty of company at Carleton. Fellow Spears Josh Ferguson and Travis Arp have also signed with the school.

“Because I am going so far from home, having players that I know and have been playing with for so long is a great feeling,” he said. “They will be great support.”

Carleton never made any promises of playing time for Avery and he appreciated the school’s honesty.

“They were straight up with me and didn’t tell me I was going to start because they didn’t want to lie to me,” he said. “Most schools are going to tell you what you want to hear.” 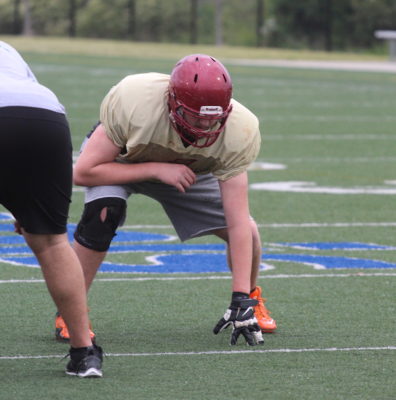 He was told that if he works hard and does a great job, he will play.

“They put the best players forward on the field and that is how they are going to win,” Avery said. “If I work hard — and I know I am going to work hard — then I can do well and get a nice position on the team.”

His goal is to play in his first year, regardless of where and when.

“I long snap also so I can try and get on the field for special teams too and that’s another bonus.”