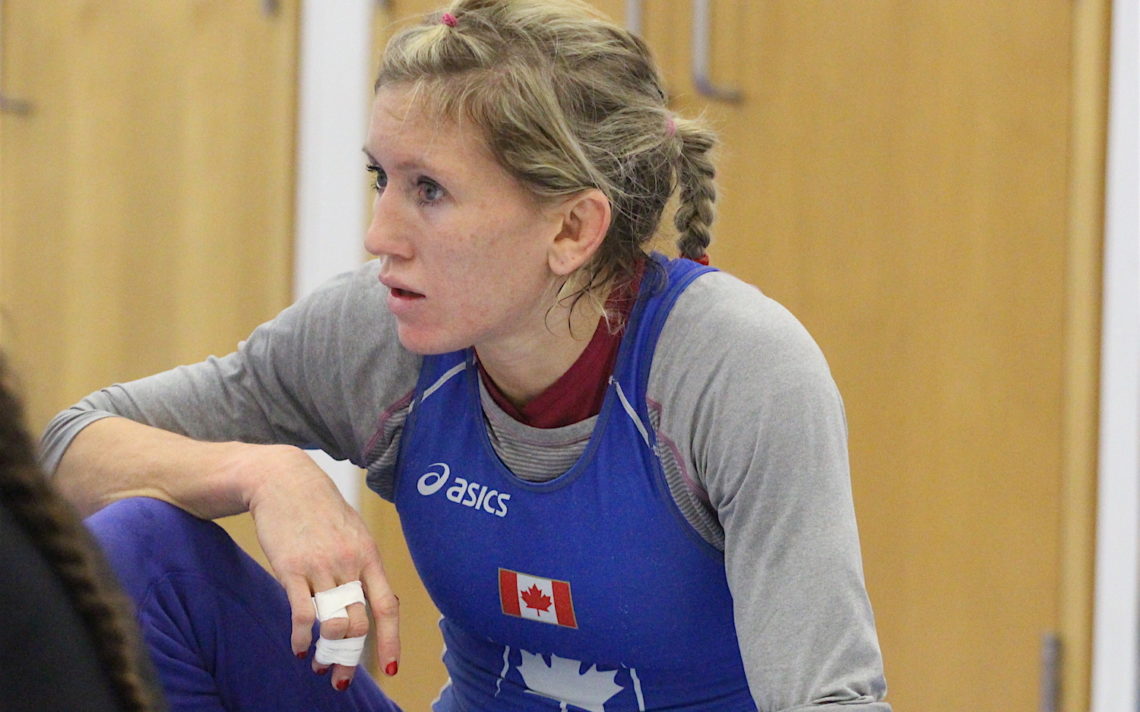 Jessie MacDonald left no doubt that she was top wrestler in the women’s 50-kilogram division at the Canadian Commonwealth Game trials in November.

Competing at Simon Fraser University in Burnaby, B.C., the Brock Wrestling Club member won all four of her matches by technical superiority (the matches were stopped with MacDonald ahead by a 10-0 score).

“Everybody steps on that mat to win, everybody is a threat and you step on that mat ready to wrestle for six minutes,” she said. “You are looking for your points and you are focused on grinding it out.”

Heading into the trials, MacDonald didn’t speculate how the event would go and was anything but overconfident.

“The goal was to win and I was nervous,” the three-time world medalist said. “It was a big trials and I have been looking forward to Commonwealth Games for a while now.

“For me, it was a big deal to go out there and show dominance.”

MacDonald is cautious at every Canadian event because, in the past, her international aspirations have been thwarted by a loss at the domestic level. 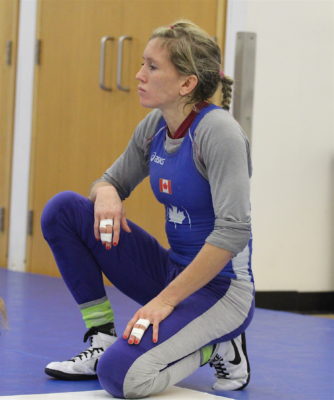 “I truly believe that I am the best in the nation and I don’t always show that,” she said. “For me to show what I am capable of is a good accomplishment and it gives me a little confidence to know that I am better than I was.”

She has made both mental and physical improvements.

“I have to keep improving on both,” she said.

MacDonald was fighting at 50 kilograms for the first time since the weight classes were changed for Olympic events. She won a world championship and two bronze medals at 51 kilograms and when she returned for wrestling after the birth of her daughter, she competed at 53 kilograms at this year’s world championships.

“In the end, 53 was too big for me,” she said. “It didn’t mean that it was impossible but I was definitely on the smaller end and you don’t have that confidence when you know you are smaller.”

At the last Olympic trials, she tried to qualify at 48 kilograms and that weight class was too small for her.

“It really is an ideal weight for me now in the middle of two categories,” she said. “I was either cutting too much weight or I was on the smaller end of the bigger category.”

After 17 years of wrestling, she is in an Olympic weight category that is ideal for her.

“You could call it a present from God. I don’t know,” she said, with a laugh.

She is already looking forward to the Commonwealth Games next April in Queensland, Australia.

“The Commonwealth Games never gets the prestige of the Olympic Games but I went to the 2010 Games in India,” she said. “I experienced those games with Evan (husband Evan MacDonald) and it was such a team-building experience with all the athletes in the village.”

That the 2018 Games are in Australia is an added bonus.

“I have never been there, it is an amazing place to go to and I am super-excited to go to a new country,” she said. “I know we travel to a lot of places but it’s always nice to go somewhere new and experience that.”

In 2010, she won a bronze medal at the Commonwealth Games and the goal in 2018 is to upgrade to a gold. Her previous trip should help in that regard.

“Every experience helps and you learn something every time,” she said. “It is the only Games I have ever been to so I kind of know what to expect.”

For 2018, her training will culminate with the world championships in October. 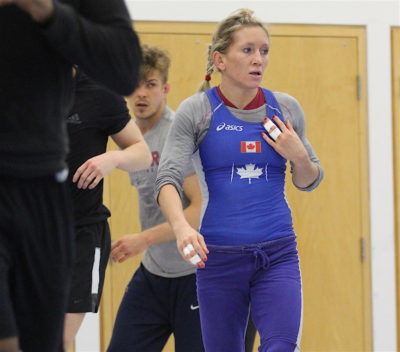 “My goals is to just improve, make less mistakes, be less fearful in matches where I am taking more risks, and ultimately I want to make the world team again this year and be on the podium again at the world championships,” she said. “It is within my reach.”

“When Jessie decides what she wants, she is all in,” she said. “She does a good job of managing her family life and wrestling and you can tell she is focused on this season.

“She is a threat internationally at the new weight class because she is so disciplined with what she needs to do.”

MacDonald still enjoys what she is doing.

“The whole point on coming back (form childbirth) was to enjoy it,” she said. “I’m enjoying the chase and I still feel like I am getting better.

“When there’s room for improvement, in my mind it’s not a time to stop.”

She expects 2020 will be the end of her wrestling career.

“I am definitely going to be older and I am going to want a second child at that point,” she said. “I will be content to step away at that point regardless of the outcome.”

The next Olympic Games may seem far away but for all the top-level athletes in the Brock wrestling room, it’s coming up quickly.

“We are less than two years away and it is close,” MacDonald said. “I stepped on the mat a year ago after having the baby and a whole year has gone by in a blink of an eye.”