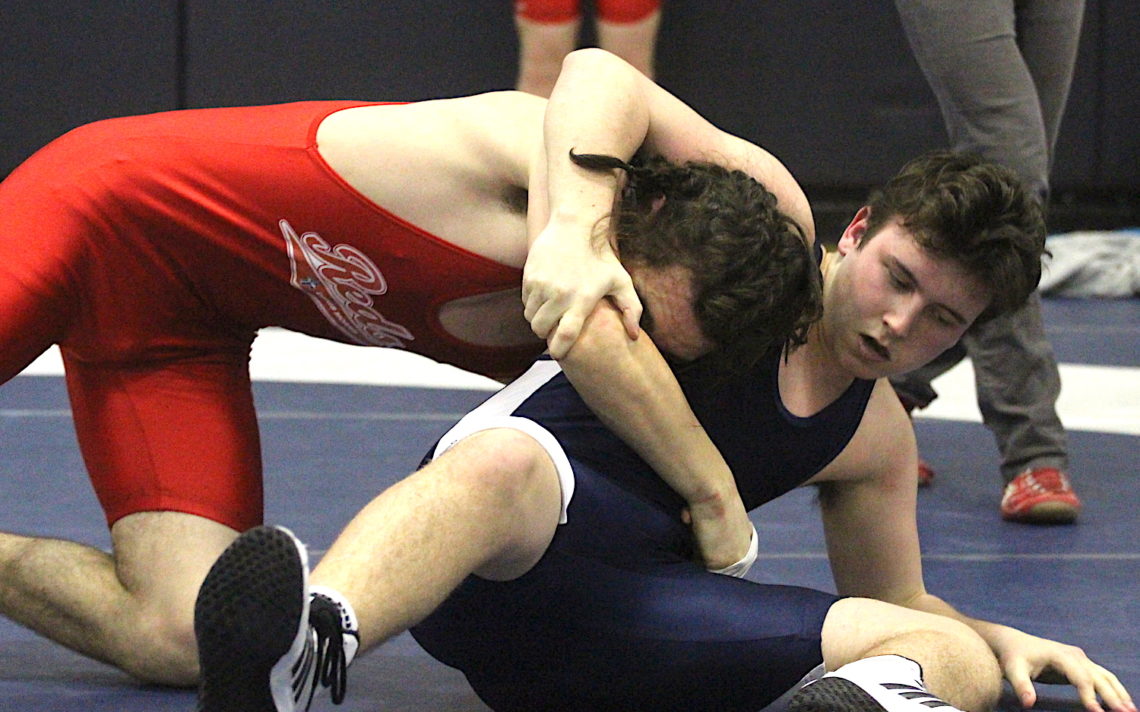 After winning his first Zone 3 and 4 wrestling title, Matt Jackson couldn’t wipe the smile off his face.

“It feels really good,” said the Grade 11 student at Governor Simcoe, after winning the 67.5-kilogram division Thursday at Blessed Trinity.

“In Grade 9, I placed third and last year I only got the fifth and last spot to go to SOSSA (Southern Ontario Secondary Schools Association).”

AT SOSSA, it has been close but no cigar for the 16-year-old. 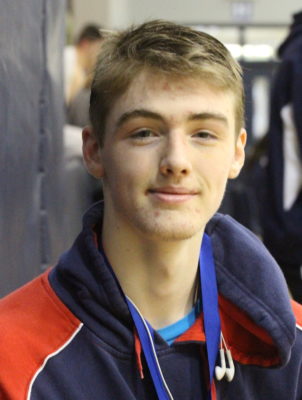 It was a disappointing result because the top two in each weight class advance to the Ontario Federation of School Athletic Associations championships.

“He has had his struggles,” Simcoe coach Kathryn Nuyten said. “It’s not easy when you’re in Grade 9 and you have to wrestle a Grade 12.

“He has taken his lumps and bumps, but he has persevered and he has made this year, his year.”

Many of those scrapes and bruises have also come from practising with older and heavier training partners. But all the pain hasn’t been without gain.

“Wrestling with the bigger guys makes it a lot easier to throw around the little guys in my weight class,” Jackson said. “You don’t want to wrestle people smaller than you because wrestling bigger guys, you learn about strength and where to apply it.”

“We are hoping for great things next week at SOSSA,” she said. “His goal is to get to OFSAA.”

He is also helping other athletes achieve their wrestling goals.

“He is hard working, dedicated, he has shown great leadership for Governor Since and as well when we train at Laura Secord,” Nuyten said. “He is a positive role model for our up-and-coming wrestlers..

“Being a senior on the team, you have to be a leader,” he said. “There are certain points where you need to tell the other guys what they need to improve on or say ‘Guy’s let’s go.  It’s time to stop fooling around.’ ”

He is merely following in the footsteps of other that came before him.

“Someone was always yelling at me,” he said, with a laugh.

He is hoping his hard work will pay off.

“I want OFSAA,” he said, adding he is a much different wrestler than before. “In Grade 9 and 10, I tried to do a lot of takedowns, but this year I have been throwing people around a lot more and it has seemed to work out.

“I have medaled at every tournament this year except one.”

Christian Bradley can thank his father for getting him started in wrestling.

The Grade 10 student at Denis Morris would be the first to admit that it wasn’t love at first fight.

“We started off and it was kind of like eh,” he said. “It was something that we weren’t too into, but the more we did it, the better we got,” the 16-year-old said. 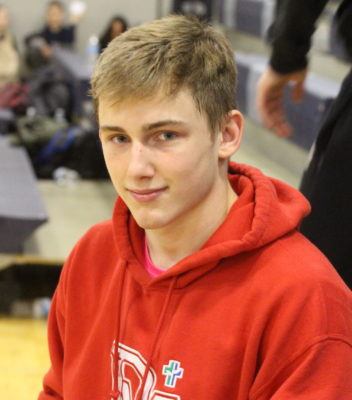 Last season, this year’s provincial cadet 76-kilogram bronze medalist won the Zone 3 and 4 championship, placed second at the SOSSA meet and then made it to the second day of competition at OFSAA, where he placed in the top 12.

He took the first step towards his next goal by winning the overall Zone 3 and 4 77-kilogram title Thursday at Blessed Trinity.

He feels he is making excellent progress towards that target.

“I’ve got bigger, I’ve lost some fat from last year, I’m stronger and have a strong mind set,” he said.

“If you go into a wrestling match with a weak mind set, obviously other people are going to beat you because you’re thinking that they are better than you,” Bradley said.

“He is a very strong athlete and we have high hopes for him going to OFSAA, and in the next couple of years,” Custers said. “He has what it takes to be in championship matches, if not this year then next year.”

All that’s needed is more progression.

“He is focused on wrestling and cleaning up his techniques, but he needs to dedicate himself to the sport a little bit more and mature as an athlete,” Custers said. “But being a younger athlete like he is right now, we are not putting that pressure on him.”