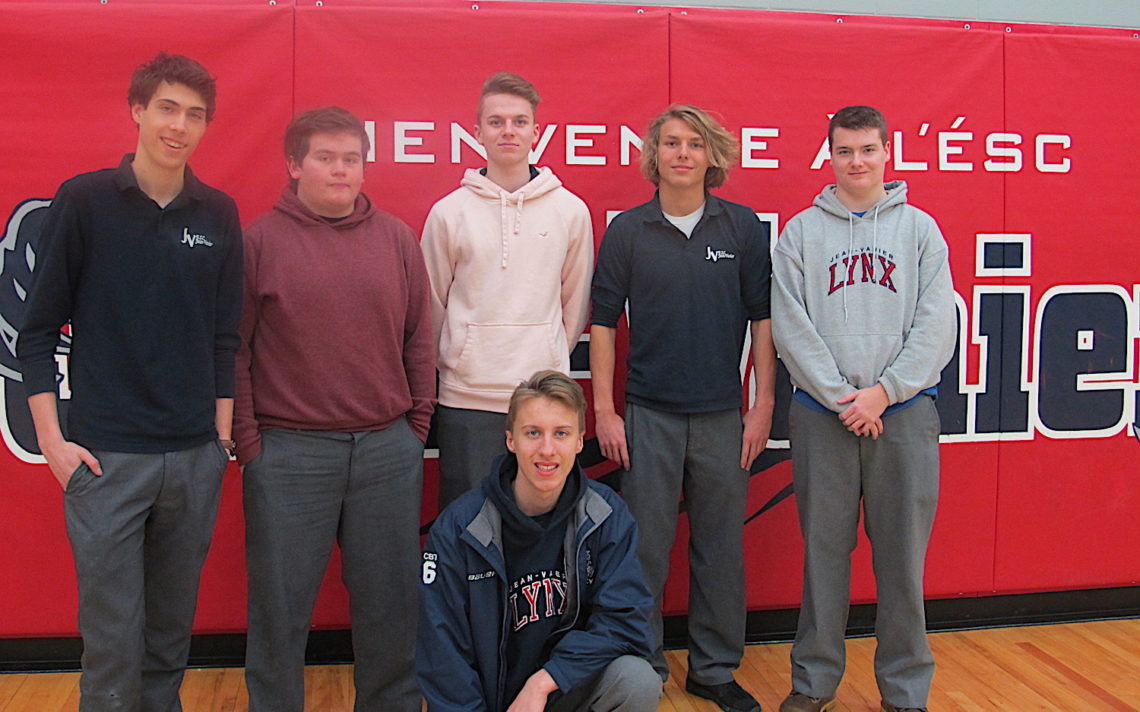 Lynx fly high on the slopes

“Our team has never been close to qualifying so this year was (great),” coach Tricia Poulin said. “We went on a ski trip and I got everything in order. Being in the south of Ontario, you don’t really have opportunities to practice. I guess we could use that hill and go across the street!”

It was Vanier’s third year competing at SOSSA.

“I organize a ski trip every year and then I do a call out who wants to race,” Poulin said.

Each athlete races twice and the results are based on time.

He previously had come close placing 12th in his first year and 11th last year.

He admitted he didn’t think he had a shot to place.

“No. I was thinking I would go and hit the trail park later,” he laughed.

“I started when I was four years old. My dad threw me on skis and pushed me down the hill. I kind of got used to it and as I got older I got better and better.

“I was kind of hoping to place top 10. I was hoping to make it to OFSAA. I was really shocked when I got third and even more shocked when our team won gold for SOSSA.”

Doherty took up the sport when he was eight.

“It’s fun being outside in the snow,” said Doherty, a 16-year-old, Grade 11 student. “You get a bit of an adrenaline rush going down the hills and then you start doing jumps and you get even more.

Doherty set his sights high heading into the competition.

“I just didn’t want to fall!” he laughed.

Irwin, a 15-year-old, Grade 10 student, is the youngest member of the team and began skiing about five years ago.

“I started when I was around 10. We have a place by my Cottage, Devil’s Elbow, and I would go up there with my family. It’s a lot of fun. It was a blast. We went on the hill and did some jumps.”

While the ski team was doing Vanier proud, Connor Bekker-Thompson qualfied in the snowboard category.

The 15-year-old, Grade 9 student admitted he was shocked by the outcome.

“It’s only my second time snowboarding and I’m (going) to OFSAA,” he said almost in disbelief. “I don’t know how.”

Bekker-Thompson is obviously a quick learner.

“The first time I ever went was for my birthday six years ago and my dad was trying to teach me and I wasn’t able to stay on the board,” he said. “This year I just hopped on the board and started riding.

“I was pretty shocked.”

“He didn’t believe me when I said I was going to try out for OFSAA. (He told me) you have no chance and then he saw it and said maybe you’re little better than I thought you were.”

Connor said his dad will be coaching him for the upcoming OFSAA championship at Georgian Peaks March 1.

“He’s competed at a really high level when he was younger so I think I have a good shot at a top five,” Connor said.

Poulin isn’t quite sure what awaits the Lynx at OFSAA.

“I’ve never been to OFSAA skiing so I have no idea what to expect,” she said. “I’m expecting tough competition from schools in the north that go skiing all the time. I think we’re just going to go and soak in all in.”