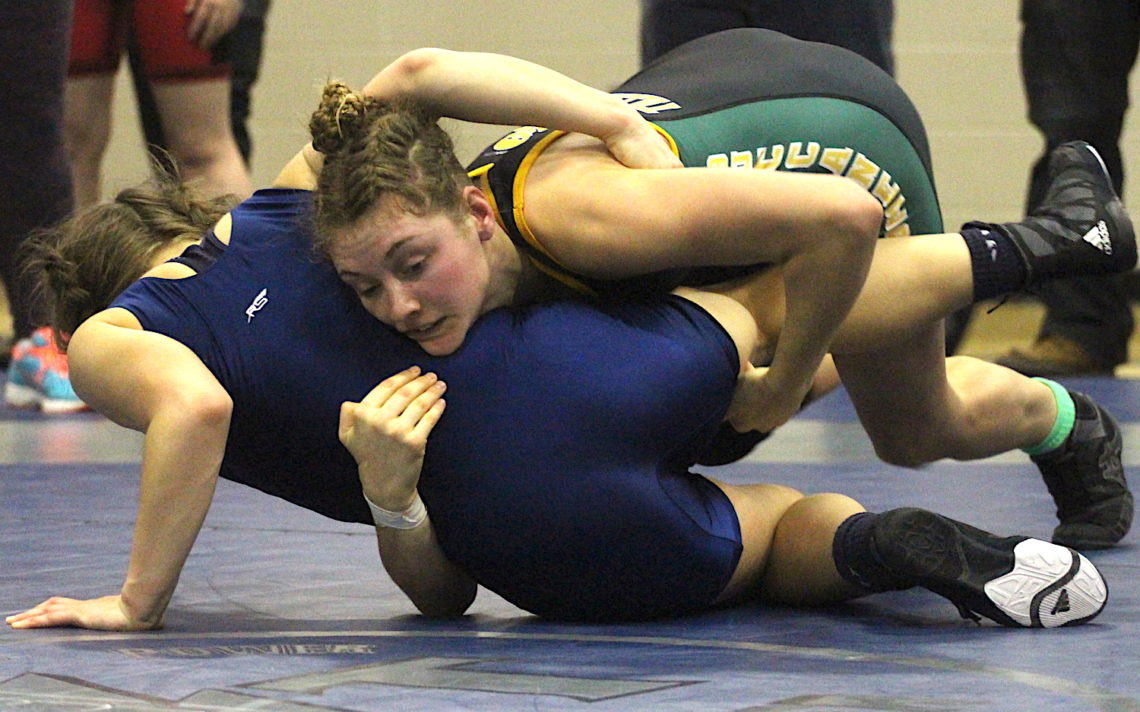 There is nothing like a near-miss to motivate an athlete.

“It was really motivating because I was so close and I could almost taste it,” the Grade 12 student said Thursday, after winning the 61-kilogram division at the Zone 3 and 4 meet. 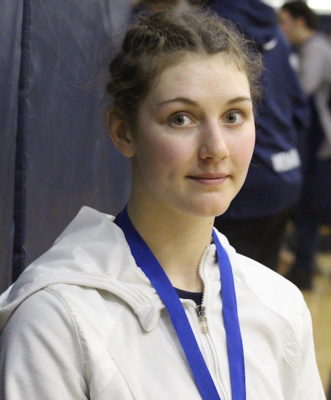 What made the setback even more disappointing is that she tied her semifinal match 10-10 and lost it because her opponent scored last.

She has replayed the match over and over in her mind.

“I picture that match so much and only if I could have done that,” she said. “It was pulled away from me, but this year I am focused and I know the steps I had to take.”

The biggest step for her was needing to be mentally stronger.

“Last year, I felt I kind of broke down in the middle of a match,” she said. “When it’s a really tough match, you have to be mentally strong as well as physically strong.”

“She started off really slow and it didn’t go great at a few tournaments early in the year,” Beamsville coach Jon Gemella said. “Now she’s getting better and better and she is back to form and I think she will challenge for the OFSAA gold medal this year.”

The 18-year-old blamed her early-season struggles on a lack of focus. She attended a showcase tournament for field hockey in Florida and had a few scholarship offers before deciding wrestling was her true passion.

It was the camaraderie of wrestling that made it an easy choice.

“It’s the people and team atmosphere,” she said. “Everyone is really close. You can go out and wrestle really hard and you can hug the person right after the match. It’s a super-friendly atmosphere.”

And while field hockey is a team sport, Tillmanns didn’t feel the same vibe.

“Even though wrestling is an individual sport, you have your whole team behind you,” she said.

“She is dedicated to the sport and really looking forward to attending Brock University next year and making that transition to being a varsity athlete.”

Tillmanns has already started to train at Brock, and surprisingly she finds training at the university hasn’t made high school wrestling seem easier.

“It’s kind of harder wrestling people who don’t give the right reactions to your stuff,” she said. “I find myself having to adjust a lot more when I come wrestle these people.”

The Grade 9 student is a member of the Hamilton Blessed Sacrament JUEL (junior elite) Prep basketball team, played senior basketball for her high school team and has added wrestling to her athletic plate this season. 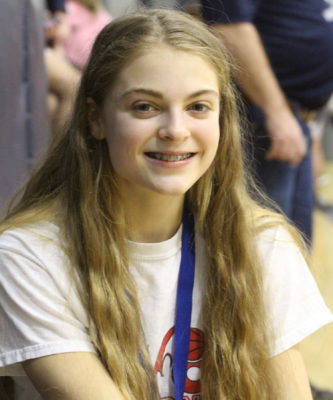 “Basketball is more at night so after school I come to wrestling, then I manage my time with homework and then I go to basketball,” the 14-year-old said.

She has a simple reason for keeping busy.

“I like staying active, it keeps me occupied and I love the sports that I do.”

“I decided to do wrestling because my brother was doing it and I thought it would be nice to get back to jiu jitsu,” she said. “It has been an easy transition because I haven’t done jiu jitsu in a while. They’re similar so it’s easy to remember all the moves.”

Ella has all the right moves Thursday winning the girls 47.5-kilogram division at the Zone 3 and 4 wrestling meet at Blessed gym. Her brother, Noah, won the 61-kilogram division as the siblings helped the host squad win the boys, girls and combined titles. Denis Morris was second in all three teams events while Laura Secord was third in both the boys and overall divisions. A.N. Myer placed third in the girls division.

Ella hasn’t been overly surprised with her success this season.

“I was expecting to do well because there’s not that many girls in my weight category, but I was proud of myself because I had faced those girls multiple times I didn’t know how I would do against them.

“They hadn’t beat me before, but I was a bit worried they would today.”

Basketball helps with cardio and arm and leg strength for wrestling and vice versa. And the strength she has developed in wrestling surely aids when she is fighting for loose balls in basketball.

“It helps a lot,” she said. “I don’t look strong, but when you are wrestling, you have to be strong because everyone else is working as hard as you.”

Ella has high expectations for her high school wrestling career.

“I would love to go to OFSAA and it would be really nice to go,” she said. “I am going to try and go all four years.”

Blessed Trinity coach Megan Schweitzer has been impressed with what Ella has brought to the wrestling mats.

“She is an excellent athlete and naturally talented,” she said. “She is very confident and fierce when she is on the mat.”

Schweitzer held a wrestling camp last year for Grade 8 students and Ella was an immediate convert to the sport.

“She joined the team right away and that was pretty exciting to see,” she said.

In addition to being talented, Ella is dedicated to the sport.

“She never makes excuses which is really nice.”

Schweitzer is excited to see what Ella can do in her first year of high school wrestling.

“She is, for sure, going to surprise some people at OFSAA,” she said. “It will be tough for her because she is so young and will be wrestling against Grade 12s, but it doesn’t mean she can’t place at OFSAA.”

“It will be tough but I think she is going to have some good upsets there.