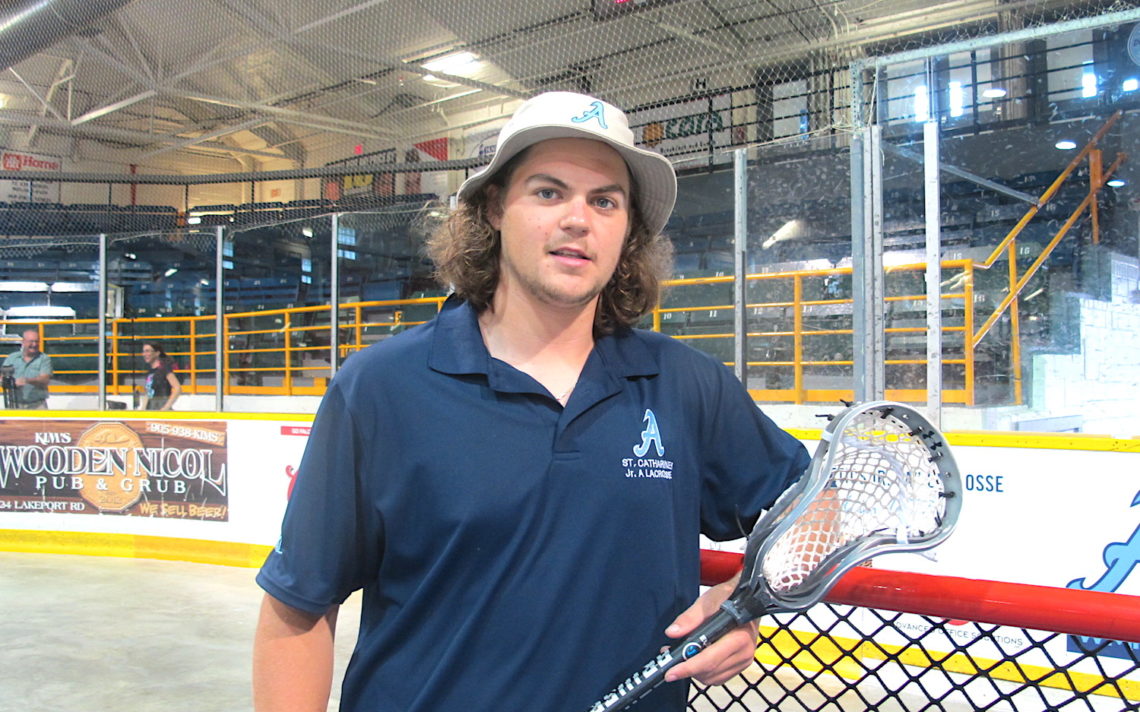 If anyone can appreciate the success the St. Catharines Athletics are enjoying this season, it’s Jeff Wittig.

The 20-year-old St. Catharines native struggled through some tough times in his first four seasons with the Athletics, but is relishing every minute of his final junior season.

“It’s massive, especially the year we’ve been having so far with the boys gelling together,” Wittig said, of the success the club is having this season. “We’re just going to keep it rolling.

“We have come through the challenges together and we’re just going to keep it up.”

Wittig had a goal and two assists Wednesday as the A’s topped the Mimico Mountaineers 8-6 in an Ontario Lacrosse Association junior A game at Jack Gatecliff Arena.

In Wittig’s four seasons with the A’s, the club failed to qualify for the playoffs twice and was eliminated in the first round the other two years.

He looks back on the struggles as a learning experience.

“It definitely makes you stronger as a player and a person,” he said. “As a role model in the dressing room for the younger kids, you know how to take a loss and move on from it and start thinking about the next game.”

He chalks much of the team’s success this season to chemistry on and off the floor.

“We’re like a family in that dressing room. We’re all brothers, and it starts from the VP (Harry Erskine) and the president (Paul Coates) all the way down to our goalies.

“We’re a solid team. We’re brothers and we love each other and we’re going to go out there every night and battle.”

Wittig noted success does take care of a lot of problems.

“I think it’s having a winning atmosphere in the dressing room. When you’re winning, everyone’s happy. No one likes losing, obviously. The more you win, the more you want to win.”

He said he could tell from Day 1 things were going to be better this season with new coach Steve Toll and general manager Jeff Chcoski.

“I definitely thought things we’re going to be a lot different this year. A lot of people respect Toll and Jeff a lot, so it’s pretty big for that,” he said.

And there is nothing Wittig would like more than to go on an extended playoff run to round out his career in blue and white.

He said he can’t believe how quickly the time has gone.

“It’s the quickest five years of your life. It’s a snap of the fingers, and you should enjoy your time here and not take it for granted.”

Wittig got into an exhibition game in Vancouver last season, but is currently a free agent. He has high hopes of hooking on with other National Lacrosse League teams.

“I don’t know what’s going to happen. I just have to perform out here and I’m sure I will be somewhere,” he said. “I brought a lot of stuff back, a lot of IQ, a lot of little things, and it helped evolve my game a lot.”

Nick Damude made 43 saves for the win.

The Athletics, 12-5 and two points behind Burlington for first place, are home to Barrie Wednesday, July 4 to wrap up the home portion of their regular season schedule. They finish with road games July 5 at Kitchener and July 7 at Mimico.