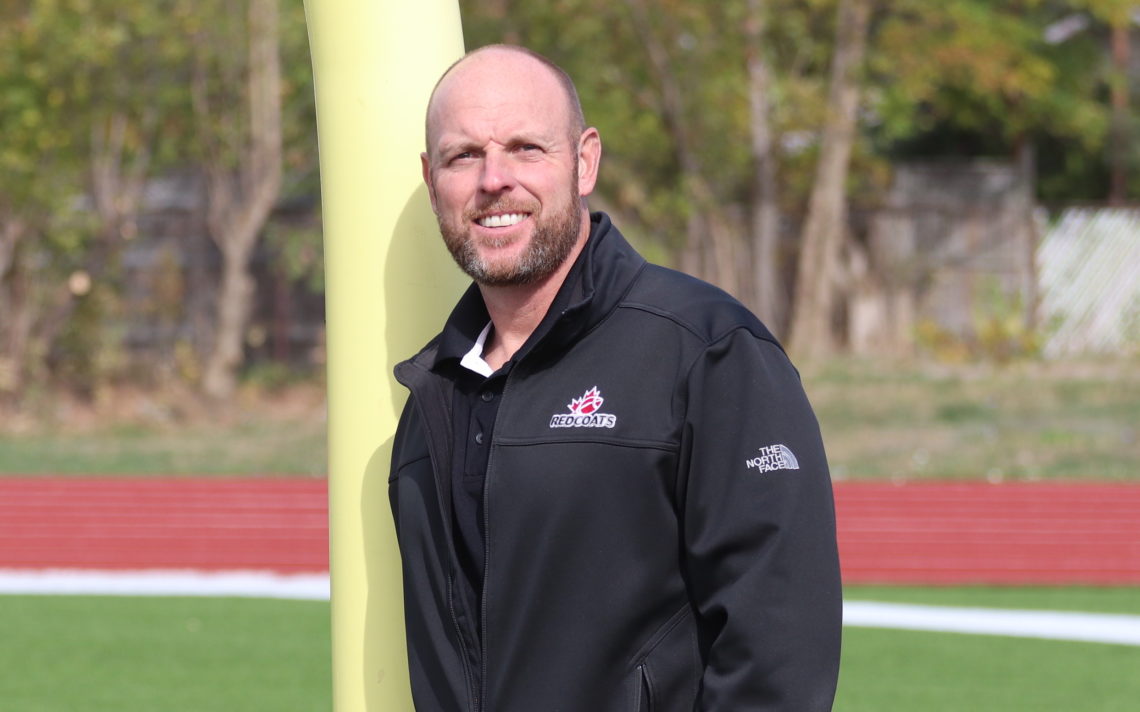 For the past decade, that question and refrain have started and ended all the school assemblies at Governor Simcoe Secondary School.

The words were coined about a decade ago by head football coach Jamie Brophy and then football captain Dave Roy.

“We developed that, it became our motto and we have run with it. It has been fantastic for the kids because when they come into the school in Grade 9, they feel like they are part of a family,” Brophy said. “It makes a huge difference when those kids feel that and they naturally want to come out and be involved in extracurriculars ” 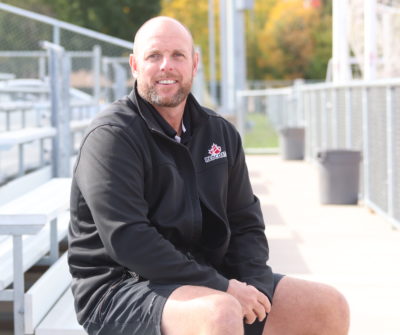 The 46-year-old Fonthill native plays a big role in extracurriculars at the St. Catharines high school. In addition to his football duties, Brophy is head coach of the field lacrosse team, runs the ski and snowboard club, helps organize trips to Europe and other destinations and is in charge of the schools Link Crew, a mentorship program for Grade 9 students.

“I love doing it because it’s giving kids the opportunities. My coaching is my passion and I love being out there seeing the development in kids and seeing them grow as athletes. I love helping to give opportunities for kids in other areas of school as well because I see the benefits of it.”

Brophy enjoys all he does but football has a special place in his heart.

“I just love the game of football because there is a position for everybody and every body style, no matter who they are or their speed. There are so many opportunities for kids to come out.”

Having just a varsity program is fine with Brophy.

“Because we don’t have a junior and senior team, it’s great to see those kids come out from Grade 9 all the way through,” he said. “It’s amazing and we have built a family-type mentality with the Our House thing.”

That mentality has grown.

“Having that family relationship at school is incredible and it has built to the point where we had our under the lights games last year and had tons of fans out. I felt the momentum building back up again and we were going to have the opportunity to see a lot of success with this program.”

The mix of junior- and senior-aged athletes has resulted in a culture of peer mentorship.

“We see a lot of Grade 11s and 12s mentoring Grade 9s and 10s,” Brophy said. “When those Grade 9s and 10s are mentored well all the way through, then you see those kids able to give back and mentor for the other kids.”

The COVID-19 pandemic has halted both football and that mentorship.

“It’s hard for the Grade 9s who came into the building and they don’t get to know how close and tight knit of a group we are as a football team and with the coaches we have.” 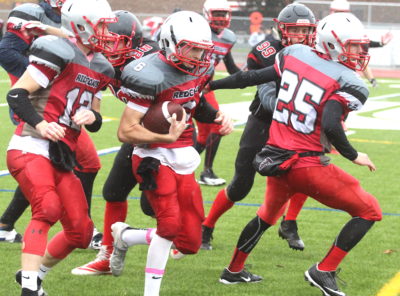 And they don’t get to develop under Brophy’s and his coaching staff’s philosophy.

Results are not the be-all and end-all.

“If you giving everything out on the field, whether you win the final game or you lose it, there’s no regrets.”

He feels football is a big part of a high school’s DNA.

“Based on the numbers alone, you have so many kids who participate in it that it is a culture builder. You build that level of encouragement through pep rallies and we felt it last year.”

Brophy, who was born in Niagara Falls but has spent his life in Fonthill, attended Centennial where he played junior football for Pat Hayhurst and senior ball for Marty Mancuso at the linebacker position.

When his high school football career ended, he suited up for two years with Laurier’s football team and one season with the Golden Hawks’ field lacrosse squad.

He attended teacher’s college at Canisius and spent his first year out of school teaching and coaching in New York State with Ellicottville Central School.

It was an eye-opening introduction to high school football in America.

“It was amazing,” he said. “It’s kind of like Friday Night Lights. Even though Ellicottville was a small community, everybody was at the games. After the games on Friday, you would go watch the ticker downtown to see how all the other schools in the area had done. It was a great experience.”

After one year in the States, Bill Brooker brought Brophy into West Park and, at age 22, he became the head coach of the West Park Warriors varsity football team in 1998.

“I was just a young kid walking in and it was a lot but there were some other teachers there like Jim Young and others who were great,” he said. “At that age, you are so excited, you love coaching football and you love being able to build those relationships as a young teacher.”

He ended up serving as head coach at West Park until 2007, winning three championships.

“The first two years we weren’t winning any games and it was a struggle to get kids out. But then we built a mentality to work hard and those kids at West Park, they fought for everything they got,” he said. “They were tough and they were kids you really wanted to work with because they gave their heart and soul to you.”

He moved to Governor Simcoe in 2007 and has been the Redcoats head football coach since then.

“I worked with D’Arcy McCardle and we sort of did co-head coach when I first came over and I have been head coach ever since.”

It hasn’t all been a joyride for Brophy at Simcoe. Five years ago, interest ebbed and the team almost folded. It managed to play an exhibition season and keep the program afloat.

“We were struggling to get numbers out and I think that was the same across the board. A lot of other schools were struggling with that too but you just keeping pushing to try and get the kids out and let them know it’s not just about winning,” he said. “It’s about building character, it’s making you a better person and that’s what we are trying to do here. Football is just a medium for those things and it gives kids an opportunity to express themselves.”

During the football season, he is on the field from 2:30 p.m. to 5:30 p.m. every day, excluding game days. If there is a game Thursday, practice will be cancelled Friday to give players a chance to recuperate.

Football is never far from his thoughts in season.

“Even when I went home at night, I would be thinking about plays, thinking what to do with the roster we had, making tweaks and making changes all along the way.”

He misses football but the pandemic has allowed him to spend more time with his wife, Leslie, and children, Katie and Josh.

“It’s a lot different not having football on my mind but my family is the most important thing in the world to me and having more of an opportunity now to spend time with them and doing things with them is a gift.”