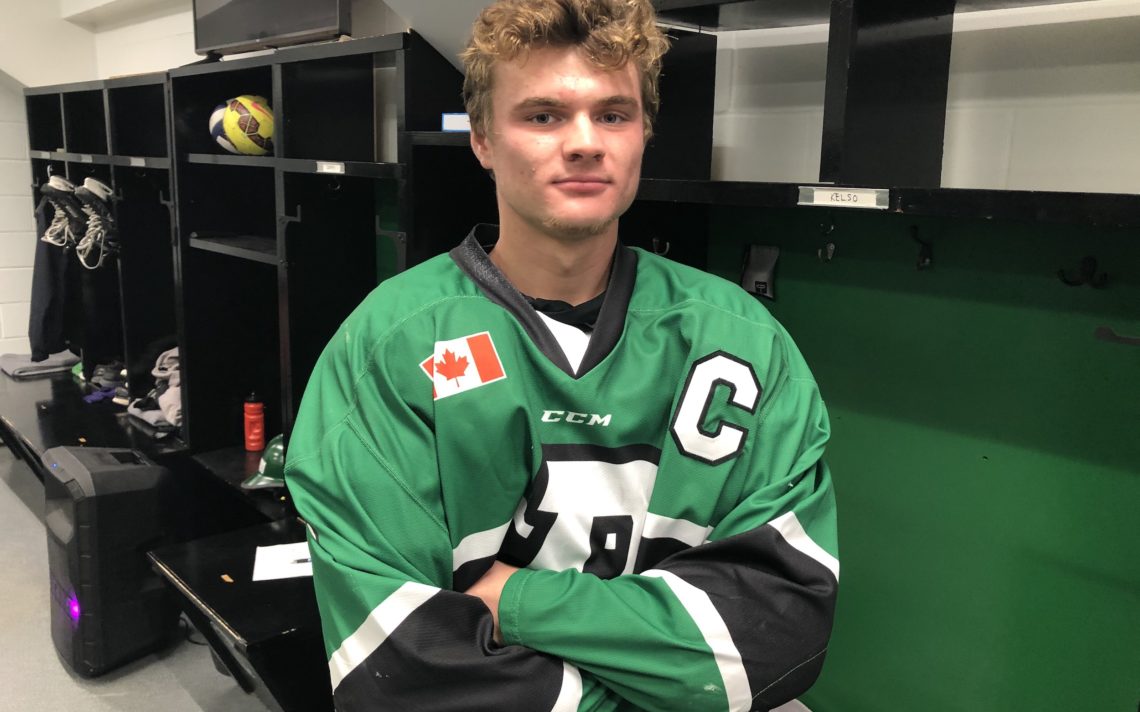 Devin Sanders has been through more than his share of adversity in just more than a year as captain of the Pelham Panthers.

The 18-year-old Niagara Falls resident has already captained the Panthers through pair of coaching changes after the organization parted ways with Mark Barrick last season and Chris Johnstone recently, as well as dealing with the uncertainty brought on due to the COVID-19 pandemic.

Sanders said the key has been to not overreact and go with the flow as much a possible.

“It’s difficult, but it’s our job to make sure everyone knows what’s going on and make sure we’re good role models for the team,” the Westlane graduate said. “What the five guys do — myself and the assistant captains — they’re going to mimic that. So if we’re moping around the team is going to fall apart.

“We just have to stay strong and trust the process.” 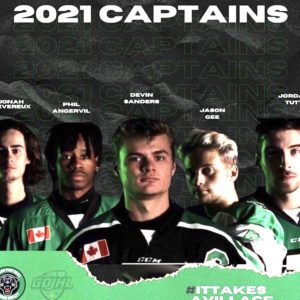 Panthers interim coach/general manager and director of hockey operations Tim Toffolo has been impressed how Sanders has handled the adversity.

“Devin really understands what we are trying to do as a program,” he said. “He understands the commitment we all have for the program. Sometimes things happen in the world you can’t predict and can’t change and you have to roll with the punches.

“He has a great outlook on everything and I think that’s what helps him keep his head on his shoulders properly and helps keep everyone else on track. He can really articulate and understand what’s going on and why things happen.”

Sanders said wearing the C has been a work in progress.

“We had a young group of guys last year so it was a learning experience the whole year,” he said. “With a new coach coming in, we had to adapt and change as a unit and couldn’t be individuals.

“It was a year focused on building up the team and making sure everybody knew their roles and weren’t focusing on their individual statistics, just doing everything for the team all the time. As a leader, I had to portray that as much as I could.”

Toffolo said Sanders embodies all the characteristics necessary to be a strong leader.

“Devin is a phenomenal young man,” Toffolo said. “He just exemplifies what being a leader, what being a captain is all about. He’s extremely loyal to the program and the guys and what we do.

“He wants to help and he wants to lead. He’s there for anybody, anytime.”

Sanders feels his work ethic is an essential component to his leadership abilities.

“I never had the loudest voice, never spoke all the time. I was just a hard worker,” he said. “That’s where I lead. I lead by example. I’m not the guy who stands up and yells. I just show everybody what to do and lead that way.”

“These kids have all been in the organization and stepped up,” Toffolo said. “We kind of knew what we wanted to do beforehand but they all individually stepped up and showed a lot of leadership qualities. They all had to be part of it because they are all stepping up and taking on roles.”

Sanders appreciates the organization’s faith in the leadership group and willingness to include them in the decision process.

“It creates a level of transparency that we have a say it what goes on and they trust us and hope we have valuable input that can benefit the team,” Sanders said. “It’s good to have that relationship.”

Toffolo feels that trust between the players and management is key.

“The communication between myself and the captains is open,” he said. “We’re running things by them and asking them what they think and what they like. We’re going to listen to their opinions. It’s not always going to go their way but we certainly want them to be aware and be comfortable.

“They have a part in it. I think it’s important for them to have a say and then they work harder and see things differently.”

The Panthers and Fort Erie Meteors are scheduled for a scrimmage Sunday in Pelham. Scrimmages are limited to 50 total participants and are not open to the pubic.