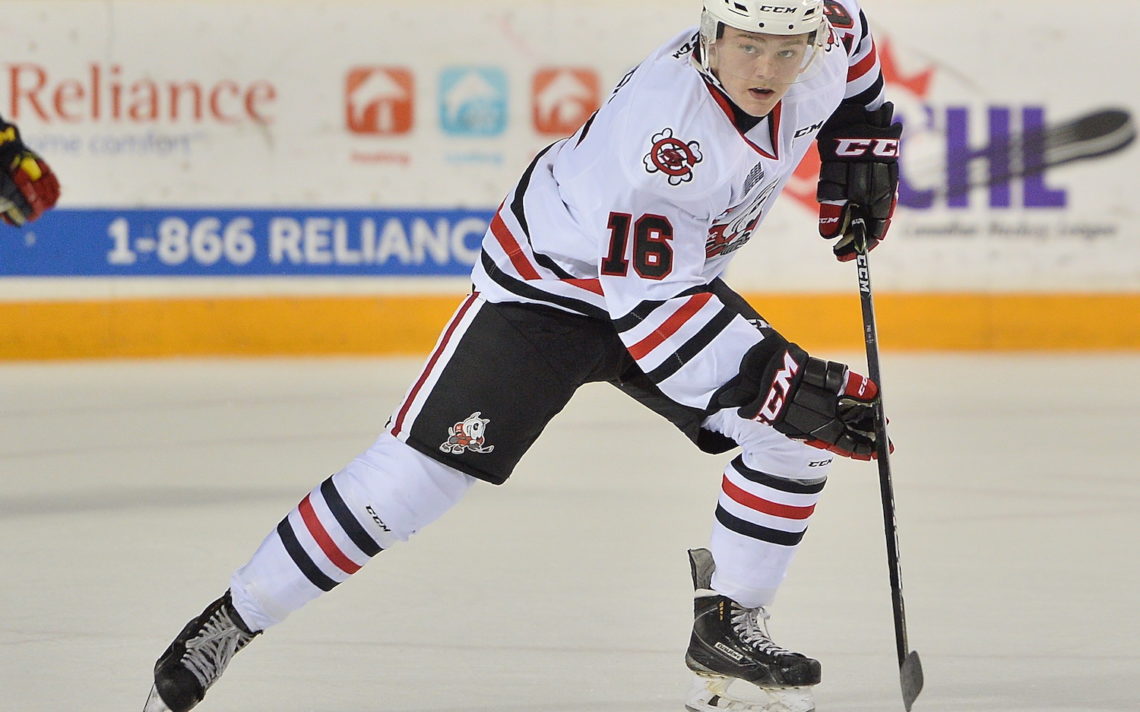 The Niagara IceDogs split a pair of games this weekend and just as easily could have come home with four points.

The IceDogs topped the Flint Firebirds 6-1 Saturday before dropping a tough 2-1 decision Sunday at Saginaw.

“I definitely thought the guys played well enough to win,” IceDogs coach Billy Burke said. “It was one of those things. Their goalie was pretty hot and we probably deserved a better fate but there will be nights over the season where we didn’t deserve to win and we got one. It usually balances itself out in the long run.”

Despite the disappointment of coming up just short Sunday, it was easy for Burke to look at the weekend, which began with a win over Erie Thursday at home, as a success.

“There are definitely a lot of positives,” he said. “You want to win every night but you look at the big picture — four out of six points, another winning weekend, two points out of first in our division — it’s a lot of good things.”

The IceDogs appear to be back on track after a rough patch a couple of weeks ago.

“We’re getting a more consistent effort. You basically know what you’re going to get now and that sure makes you feel good,” Burke said.

The Spirit jumped out to a quick 1-0 lead just over a minute in when Damien Giroux beat Colton Incze.

The IceDogs answered back with a power-play goal by former Spirit Kirill Maksimov at the halfway point of the period.

Niagara dominated the second period outshooting Saginaw 19-5 but came out of the period trailing 2-1.

Duncan Penman gave the Spirit a 2-1 lead on a fluky goal when the puck took an odd bounce off the boards at the 10-minute mark.

It appeared the IceDogs tied the game late in the period when Danial Singer fired home a shot but the Spirit challenged the play was offside and the goal was nullified. The play was called onside but overruled when off-ice officials ruled Maksimov had gone offside just prior to the goal.

“It was very frustrating,” Burke said. “You can’t see Maksimov’s foot on the overhead view we had. We looked at it and I could see maybe how they did think it was offside, but at the end of the day, it’s not conclusive and the call was that it was onside.”

That proved to be the difference as the IceDogs failed to notch the equalizer in a scoreless third period.

Saturday in Flint, the IceDogs built a 6-1 lead after two periods before the Firebirds rallied with three in the third period.

Bradey Johnson continued on his torrid scoring streak with two more goals and an assist to give him seven goals and 12 points. Singer added a pair while Akil Thomas and Matthew Philip added singles.

Stephen Dhillon made 27 saves for the win.

The IceDogs are home for Thursday for the lone visit of the season from the London Knights.

The St. John’s Edge knocked the visiting Niagara River Lions from the ranks of the unbeaten with a pair of weekend wins in National Basketball League of Canada action.

“I don’t think we played as well as we played our first three games and some of that had to do with St. John’s,” River Lions head coach/GM Joe Raso said. “They are a very good and well-coached team.

“It was a juiced up environment and they had great crowds both nights.”

Of the two losses, the Friday one hurt the most. 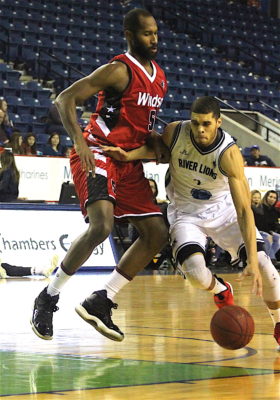 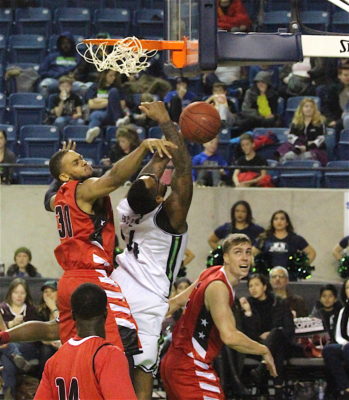 “We had our chance down the stretch. We had a poor turnover on our part with the ball and the game tied with 14 seconds to go and gave them a layup,” Raso said. “We fought back the entire game.”

Top performers for Niagara Friday were Sam Muldrow with 19 points and 13 rebounds, Marvel Waithe with 17 points, Omar Strong with 15 points and Dwayne Smith and Carl Hall with 11 points apiece.

On Saturday, the teams headed into the final quarter tied at 72-72 before the Edge outscored Niagara 33-18 in the final frame.

“They knocked down shots and we didn’t,” Raso said. “Both of us shot the three well and they had Carl English and Charles Hinkle get real hot.”

“That was the difference in the game,” Raso said.

“It was a real tight weekend and we lost a quarter but it was enough for us to lose the weekend,” Raso said.

The River Lions won’t have too much time to think about the setbacks as they host the London Lightning on Friday night and the Kitchener-Waterloo Titans Saturday. Both games are at 7 p.m. at the Meridian Centre.

“The one thing about this league and the schedule is you don’t have a whole lot of time to recover,” Raso said. “We got to fix some stuff, get back to practice and get ready for those two teams.”

The St. Catharines Falcons rode a strong start to a 6-1 win over the Fort Erie Meteors Saturday at the Leisureplex.

“I think when you score six goals and limit the opponent to 16 shots, you obviously did a lot well as a team,” St. Catharines coach Dan Fitzgerald said. “There are a few areas that we want to tighten up as a group that may not show up on the scoresheet, so we will work through those with video and in practice to make sure we are better on Tuesday and moving forward.

“A weekend where we gave up less than 10 shots in five of six periods makes me enthusiastic about where our game is going.”

Noah Perlic and Jaleel Adams scored in the first period for the Falcons before Lucas Smilsky and Zach Lawrence added singles in the second period to give St. Catharines a 4-0 lead after two.

Adams and Tanner Ferreira scored in the third while Tanner Lynds replied for the Meteors.

Owen Savory picked up the win in goal with 15 saves.

The Falcons, 20-5-0-2, are in Buffalo Tuesday and home to Ancaster Friday.

Overtime solved nothing as the Thorold Blackhawks and Welland Junior Canadians skated to a 3-3 tie at the Welland Arena.

Anthony Tremonte made 27 saves in goal for the Hawks.

Thorold are home to Fort Erie Thursday and Buffalo Saturday.

The Caledonia Corvairs held off a late rally to edge the visiting Niagara Falls Canucks at the Haldimand Centre.

Caledonia build a 4-2 lead through two periods before the Canucks struck late in the third to make it a one-goal game.

Frank Pucci had two goals and Owen Devine one for the Canucks.

The Corvairs needed a goal by Taylor in the third period to edge the Pelham Panthers Sunday afternoon at the Pelham Arena.

Pelham took a 1-0 lead in the first when Jared Hill scored. The Panthers made that hold up until the Corvairs got on the board late in the second when Barwell scored.

The visiting Ancaster Avalanche edged the Junior Canadians at the Welland Arena.

Liam Van Loon had two goals and Benjamin Woodhouse one for the winners. 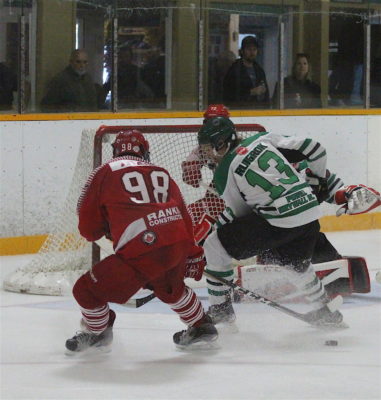 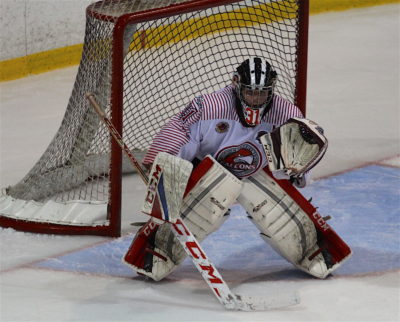