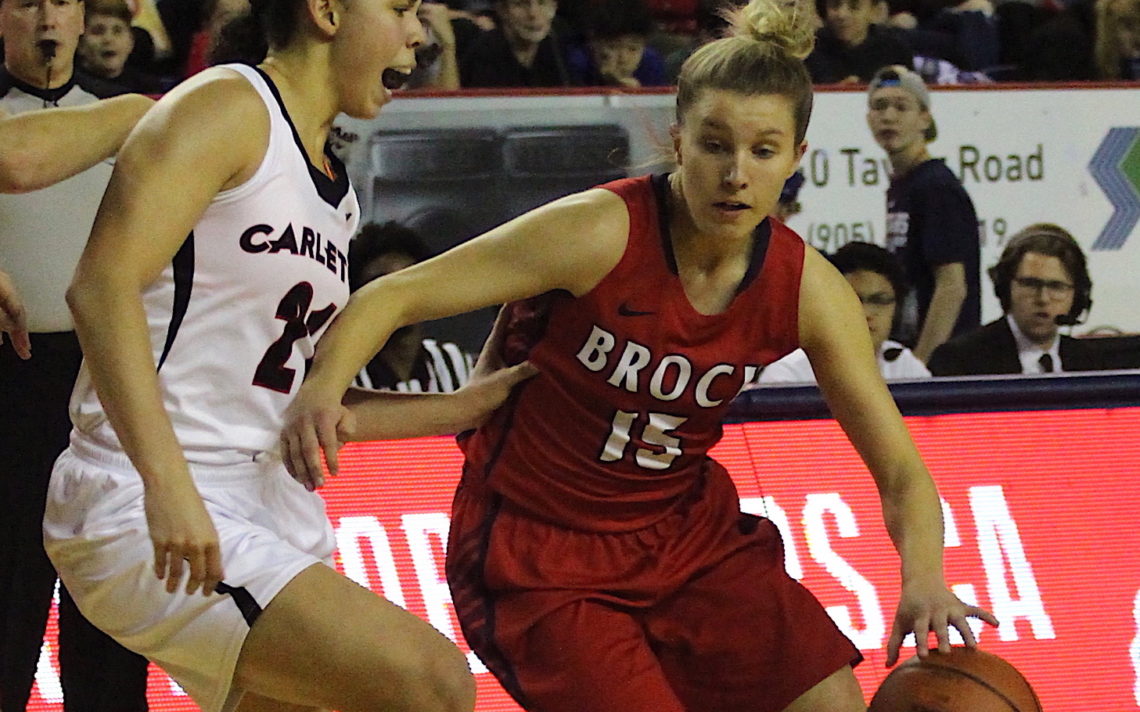 “I told Baelie that I was turning the screws on her a little bit and it was great,” MacSporran said. “This fiery Baelie comes out and that was the energy I needed from her.”

MacSporran feels the third-year player has accepted her new role.

“She’s cut harder and defended harder and it has been outstanding instead of just coasting and being OK with being just a role player,” she said. “No. She is an outstanding player who should be having an impact.” 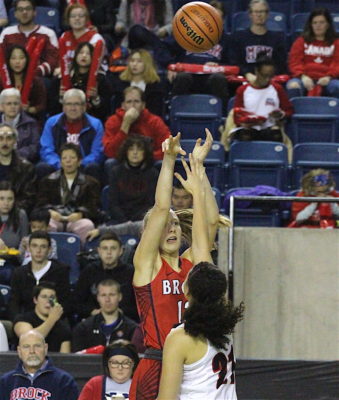 The Halifax native has done just that in Brock’s last handful of games and while she’s not starting she’s still playing 30 minutes a game.

In a 60-41 loss to Carleton Saturday at the Meridian Centre, Campbell played 28 minutes, had eight points and didn’t make a single turnover.

Campbell admits she sometimes lets the game come to her rather than trying to make an impact on her own.

“That’s true but I feel like it depends on the game,” the business major said. “We have a lot of people who can score and we share the ball.”

And university ball is a far different game than the post-secondary variety.

“It’s better and you have to play as a team,” Campbell said.

The 20-year-old said playing as a team is a work in progress for the Badgers.

“We have a lot of new faces this year — we have five rookies and two transfer players — and it’s just trying to learn to play with each other,” Campbell said. “There’s a lot of talent, there’s a lot of people with potential on the team and the good thing about us is we’re all really close off the court.”

Being the Brock player with the most university minutes under her belt, Campbell has become more of a leader.

“I love it,” she said. “I have always thought of myself as kind of a leader not just in basketball but in other things too. I like having that role.”

The job is made simple by Brock’s personnel.

“We have some awesome rookies,” she said. “They are great and work really hard and make our job as leaders really easy.” 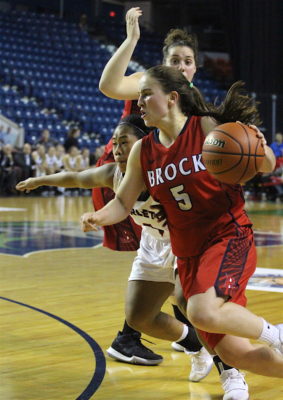 “In some ways yes but we have a lot to work on, especially when it comes to our consistency as a team,” she said. “I’m hoping that will come and that’s what we will be working on for the next half year.”

MacSporran agrees with that assessment.

“Our defensive effort in holding Carleton to 60 points was tremendous for us and we’ve been good all year except for last night (Friday loss to Ottawa).

“We are so young and working on our consistency is a work in progress,” she said. “They are capable but we got to get stops and we have to get scores.”

Brock came into Saturday’s game leading the league in turnovers and committed 26 more versus the Ravens.

“I am asking them to play with speed so they are uncomfortable at times because we are so fit and so fast,” MacSporran said. “There are going to be those kinds of turnovers. It’s just when we turn the ball over and other teams get 24 points off our turnovers.” 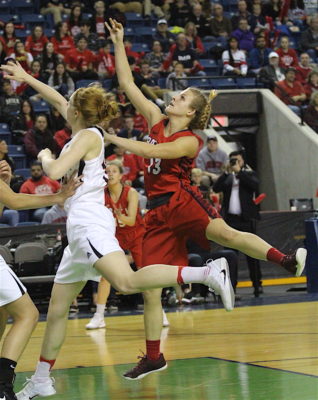 She wants her team to get a shot on every possession and limit its turnovers to 15 or less a game.

“We are hanging with top teams,” she said. “It is just finishing off plays.”

MacSporran is looking forward to the second half of the season.

“We’ve played Carleton, Queen’s and Ryerson so we’ve played some of the top teams,” she said, “First semester was a beast and what I am really happy with is we took care of Western and Laurier, two teams in our division.

“I am really excited for the second semester because we will be playing in our own division and getting the doubleheaders.” 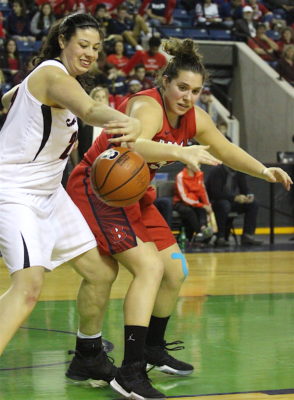 MacSporran’s two biggest surprises of the first half are the play of rookie Kristin Gallant and Niagara College transfer Courtney McPherson.

‘When you have someone like Kristin who is an athlete and a competitor, she’s going to do great things,” MacSporran said. “We just have to fix a few things but she doesn’t have a stop button and we love her.”

She describes McPherson’s first half as outstanding

“She’s leading the league in offensive rebounds and she’s a 5-foot-9 post player,” MacSporran said. “She got a great eye for the ball and she’s a wonderful teammate and a wonderful young lady to have around.”

BPSN Star of the Game: Carleton’s Heather Lindsay with 10 points and 15 rebounds.

Up next: Brock is at McMaster Jan. 6.