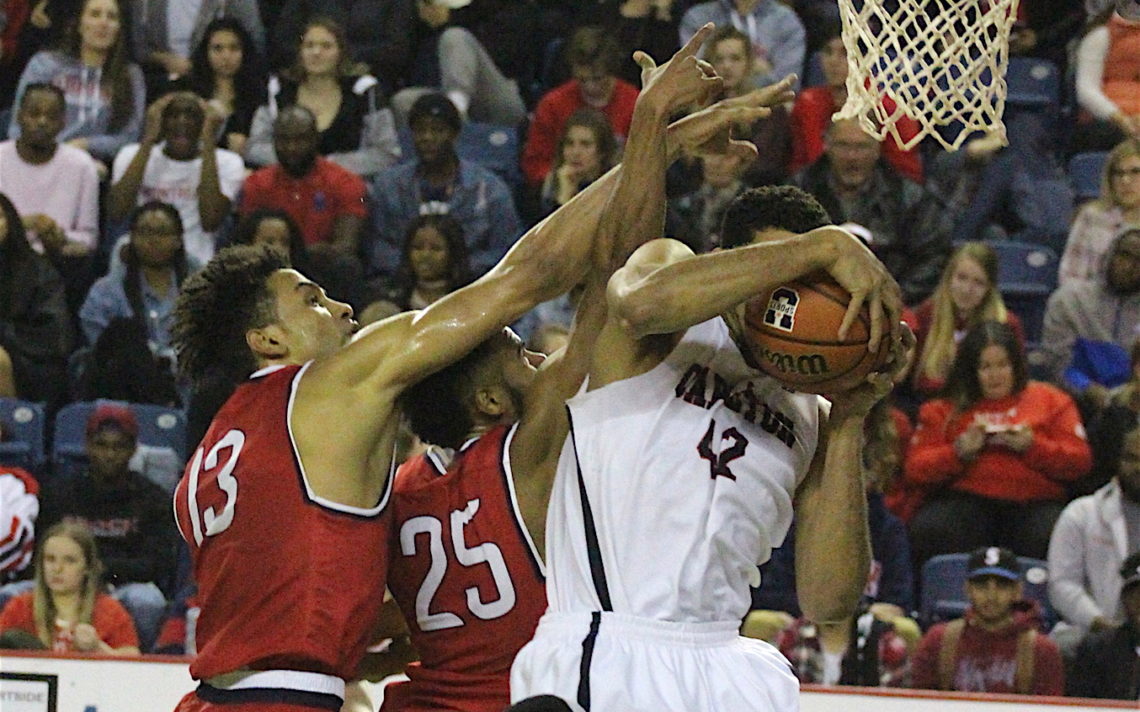 Moments after falling 80-75 in overtime to the top-ranked Carleton Ravens Saturday night at the Meridian Centre, Brock head coach Charles Kissi was hugging and kissing his giggling six-year-old daughter Gabrielle.

It was in stark contrast to the intensity Kissi displayed as his second-ranked Badgers came so close to knocking off the seven-time defending national champions Ravens before a record crowd of more than 3,200 fans.

“I always have perspective and she is perspective in an instant,” Kissi said. “I’m glad she can be a part of my life that way.”

While his seven-month-old daughter Jasmine is too young to care about or even comprehend basketball, Gabrielle is a big part of Kissi’s game ritual.

“Every game that she’s at, she’ll run out of the stands and come give me a big hug. Sometimes we do our secret handshake,” he said. “It’s a lot of fun.” 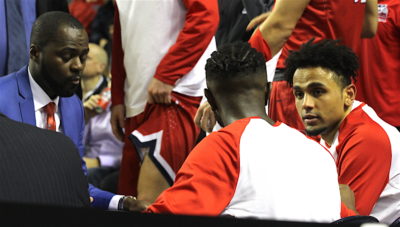 Saturday’s game at the Meridian Centre was a lot of fun.

“But we are playing for March.”

The Badgers had all kinds of chances to win the game but were done in by missed shots and untimely turnovers.

“I didn’t feel like they beat us,” he said. “I feel like we let it go. They are a great team obviously but we made too many mistakes and that’s why they are champions.

“They don’t make the mistakes we were making. We’re good but we just have to be better.”

“We made a lot of little errors and miscommunications,” Kissi said. “We have to rebound the ball better. We are typically pretty good and we weren’t.”

Friday night they were done in by poor shooting and Saturday it was an inability to protect the defensive backboard.

“We gave up 33 offensive rebounds and last night we shot 1-for-21 (from behind the arc),” Kissi said.  “We’re good and I am comfortable with that. But it’s getting to where we are supposed to be in March. It’s a loss and we will take it. Like I’ve said before, it is win or learn.”

Brock heads into its Christmas Break and the team has no exhibition games scheduled. It will give Kissi and his coaching staff a chance to clean up some of their team’s deficiencies.

The ultimate perfectionist likes a lot of things about his squad.

“Our effort is good, our energy is good, the crowd is amazing, our prep is typically good and I like our guys,” he said. “We are talented, we are tough but we just have to be better. We know what the standard is and we have to keep climbing towards it.”

He could only lament at what might have been Saturday night. Brock led 59-53 with 7:01 left in the game before a series of poorly-executed possessions saw the lead disappear.

“We’re overtime away from winning that game or three possessions down the stretch (from winning) and we will learn from that,” he said. “We will be ready to play on the national stage in front of a crowd like this.”

BPSN Star of the Game: Brock’s Cassidy Ryan with 20 points and five rebounds.

Up next: Brock is at McMaster Jan. 6.