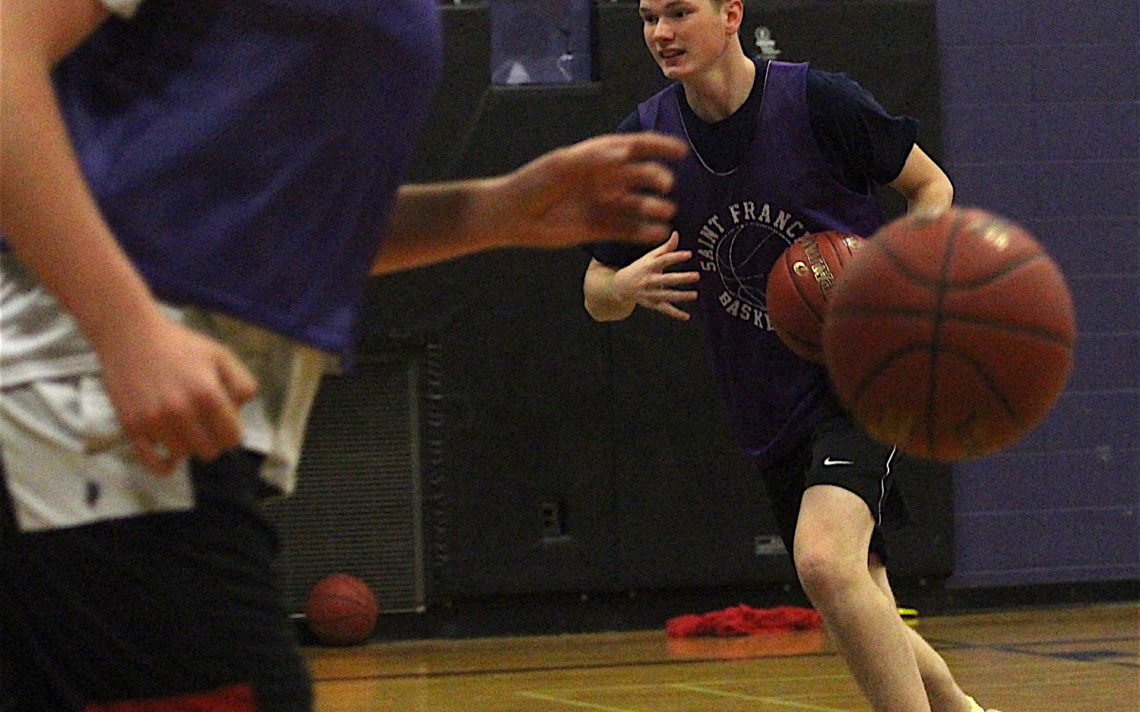 Sam Brathwaite and the St. Francis Phoenix are the top seeds in the Standard High School Basketball Tournament. Photo by BERNIE PUCHALSKI.

Last year, the St. Francis Phoenix steamrolled the opposition on the way to a berth in the championship game of the Standard High School Basketball Tournament.

Prior to defeating the Sir Winston Churchill Bulldogs 59-49 in a hard-fought final, the Phoenix had outscored the opposition by an average of 39 points.

What’s scary for the other 15 teams in this year’s tournament is that the top-seeded Phoenix are a better team than they were a year ago. 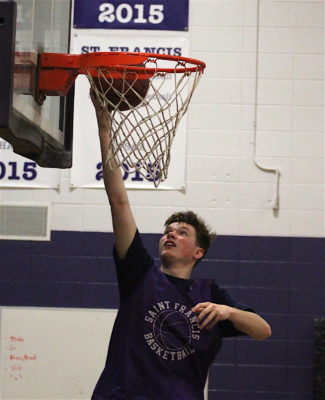 And the guys who were good last year are even better now.

Since it’s so early in the season, McGinnis isn’t sure which teams will give the Phoenix their stiffest challenge.

“We respect the opponent and we look at the person and the team in front of us.”

The Standard tournament is always a focus of the St. Francis program.

“It has always been a key part of the St. Catharines high school basketball scene since I was a player back when they had beach baskets,” said McGinnis, a former tournament MVP. “It’s important to the kids, they get good crowds and a final night at Collegiate, there’s nothing like it.”

The night is truly electric. 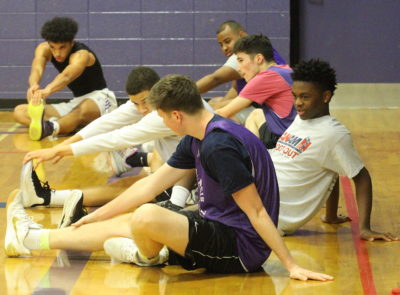 Among the key players on the Phoenix roster are: 6-foot-3 Tyrell MacLennan, a polished player who has gotten stronger in the off-season; 6-foot-4 Sam Brathwaite; 6-foot-1 Jack Riddell, who snagged MVP honours at last year’s tournament thanks to a 23-point performance in the championship game; six-foot guard James Hughes; and, six-foot Juan Guerrero, who sat out last year after transferring from Holy Cross.

“He’s bigger and he’s stronger but he still needs to work on his quickness and I am driving him like a dog to do that,” McGinnis said. “Sam will take the bit and he can play at the next level. I have no doubt in my mind.”

The 16-year-old agrees with McGinnis’ assessment that he has been driven like a dog.

“He has been really hard on me to get me to give my best all my time. He’s on me if I am not,” he said. “Sometimes I like it, sometimes I don’t.”

“I’ve noticed that I am passing people who used to be taller than me,” he said. “I adjusted to it and it’s good because I can kind of dribble like a guard and with bigger guys guarding me, it’s easier to beat them.”

In terms of skills, Brathwaite feels he has improved his ball handling, shooting and getting to the rim.

He’s hoping to use his entire arsenal to help his team defend its Standard crown.

“It’s a pretty big deal because we see the Standard tournament as our tournament and that we need to win it,” he said. “It will be different if we don’t win.”

Playing in a Standard final is a highlight of a player’s high school career.

“Participating in it last year was probably the coolest thing I’ve ever done,” Brathwaite said. “The crowd was crazy.”

Despite being in Grade 10, Brathwaite said he wasn’t nervous in last year’s final.

“I dealt with it well because I have been in situations like that before.”

Among the players coming off the bench for the Phoenix are: 6-foot-2 Mark Mesiha; 6-foot-2 Cam Van Hezewyk; and, 5-foot-11 Warsame Bille, who scored 14 points in five minutes in a regular-season victory over Denis Morris.

“We have good depth, we have a good bench and we shoot well,” Brathwaite said.

Once the Standard tournament is in the rearview mirror, the Phoenix will turn their attention to a return visit to the Ontario Federation of School Athletic Associations AA championships. St. Francis made it to the quarter-finals last season before losing to Kingston Frontenac.

“We played well in the quarter-final, but we ran out of gas,” McGinnis said. “It was our second game in one day and we were young.”

The veteran coach knows his team has a lot of work to do before it can even think of OFSAA.

“We want to win zone and SOSSA (Southern Ontario Secondary Schools Association),” he said. “I try to keep them grounded because I don’t want them looking ahead.

“They got to OFSAA last year but there’s no guarantee they will get there this year.”

So far this season, the Phoenix have an overall record of 4-5 and haven’t lost by more than five points to some very good teams.

“That has been very beneficial for us and it is the toughest schedule we ever played right out of the gate,” McGinnis said. “These kids are learning how you have to play tough and quick to play this game effectively.”

That tough schedule should play dividends against opponents who are just starting out in their seasons.

“Our kids are used to a quicker pace,” McGinnis said.