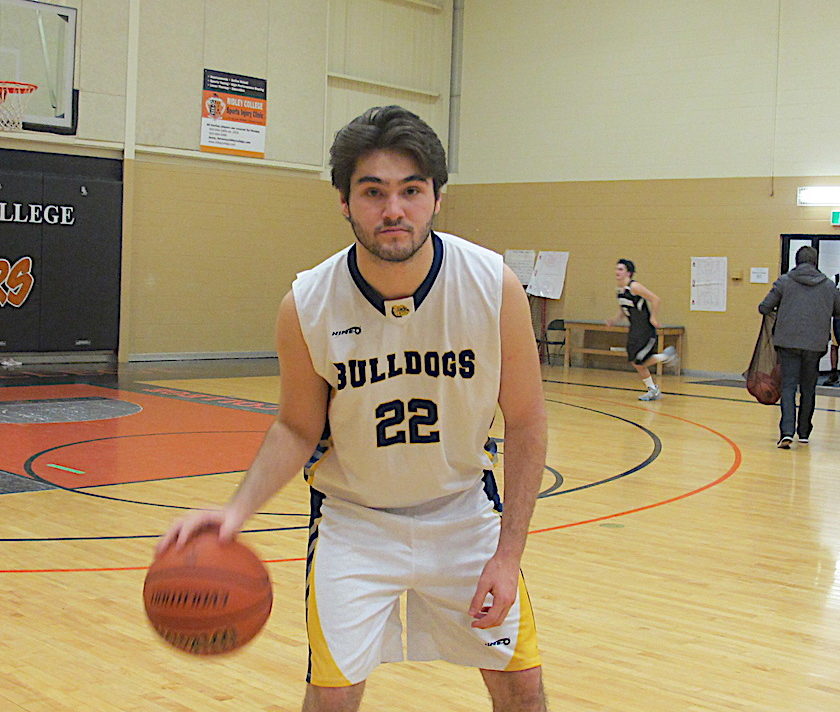 The Bulldogs dominated the Lakeshore Catholic Gators 66-38 Monday in one of eight opening-round games at The Standard High School Basketball Tournament.

The Bulldogs jumped out to a 22-10 lead after one quarter and never looked back, leading from start to finish.

“We realized after our loss to Centennial (at the Cougars Tournament) that they were ahead of us so we wanted to go out and play as hard as we can and try and show teams what we can do in this tournament,” said Benevento, who poured in 15 points.

“My eyes are on the finals. I want to get there again.”

The Bulldogs, despite limited time to practice together with several players just finishing up the volleyball season, looked in mid-season form.

Benevento took home a silver with the Bulldogs from OFSAA (Ontario Federation of School Athletic Associations) in volleyball last week. He said the transition isn’t that big a deal.

“It’s more the stamina part because volleyball is a different type of energy. It’s about getting my cardio back up for the game but as far as energy and positivity goes, it’s the same momentum. If you’re up you can still put pressure on the team and if you’re down, it’s hard to get back up.”

“I just try to keep the energy up and keep the players going and pushing hard. I just want to communicate and get the W.”

Benevento, a 17-year-old, Grade 12 student, is a favourite of SWC coach Gregg Loucks.

“I love Ryan, I’ve been coaching him since he was a little guy in travel and he’s a great leader,” Loucks said. “Fundamentally, he’s the strongest kid I have, by far. He’s a good quality guy who can shoot the lights out and get to the rim.

“I think Ryan is one of the better players in the league, for sure.”

The No. 2 seed Welland Centennial Cougars had 12 players hit the scoresheet in an easy win over the Laura Secord Patriots.

Up next: The Bulldogs take on Holy Cross at 7:30 p.m. at Governor Simcoe. The Cougars square off versus E.L. Crossley at Eden at 7:30 p.m. On the consolation side, the Lakeshore Gators meet Ridley at 6 p.m. at Sir Winston while Laura Secord plays Eden at 6 p.m. at Eden.