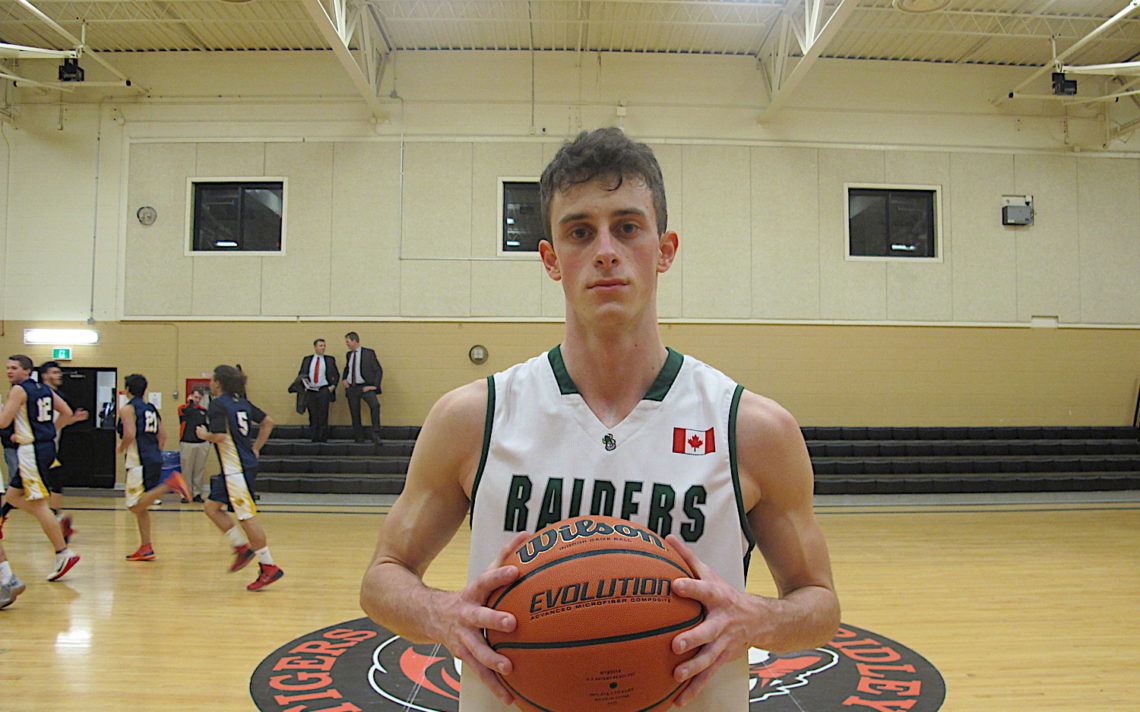 It wasn’t easy and it certainly wasn’t pretty, but the Holy Cross Raiders eked out a win over the Ridley College Tigers Monday as The Standard High School Basketball Tournament got underway.

The Raiders prevailed 25-23, despite being kept off the board in the third quarter.

Ferron led the Raiders with nine points, including a key three-pointer in the fourth quarter.

“I felt like I missed a lot of open shots but I hit my clutch shots that we needed to get back into the game,” said Ferron, an 18-year-old, Grade 12B student said.

The Raiders did manage to execute on the other side of the ball.

“We wanted to work hard. We are on a three-game win steak and we wanted to keep that up and work hard on defence and I think we did that,” he said. “Our offence still needs quite a bit of work but we locked them down pretty good.”

Holy Cross coach Mike Hendrickse appreciated how his squad managed to grind out the win.

“I was super happy,” he said. “That score was so low — we didn’t score any points in the third — but we told them they are a good team and they’re going to come back and make a run. Luckily, we came back with a run of our own and made some shots at the end to keep us in it.”

Hendrickse is confident things will improve on offence with more reps.

“We’re talented but sometimes we just don’t put it together,” he said. “When we do, it’s gratifying to see.

“I think experience is huge. None of our guys play rep basketball so we’re just trying to put them together and as time goes on, I think you’ll see some improvement.”

The Tigers were playing for the first time as a team this season.

“We’re only been together for about two weeks so I’m happy the guys were able to play some good defence and lock them down and force them to make the shots from the outside,” Ridley coach Derrick des Vignes said.

Like the Raiders, the Tiger have some work to do on offence.

The Tigers are the defending consolation champions, but their coach isn’t thinking in those terms.

Owen Dobbie poured in a game-high 18 points as the E.L. Crossley Cyclone edged the Eden Flyers by seven.

Up next: Centennial takes on E.L. Crossley at Eden at 7:30 p.m. On the consolation side, the Flyers meet the Patriots ay 6 p.m. at Eden.