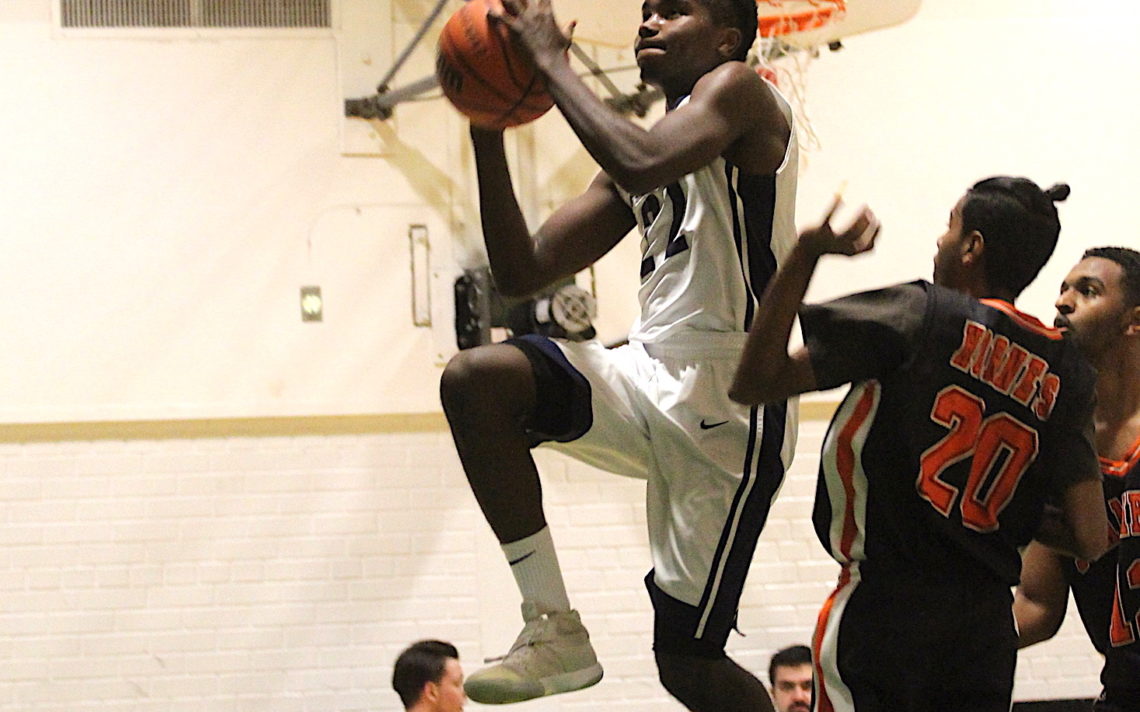 To the Victor go the spoils

The 17-year-old had a triple-double made of 10 points and double digits in steals and rebounds as the Patriots opened the 40th Annual Niagara Falls Review High School  Basketball Tournament Thursday with a 79-41 victory over the Stamford Hornets. 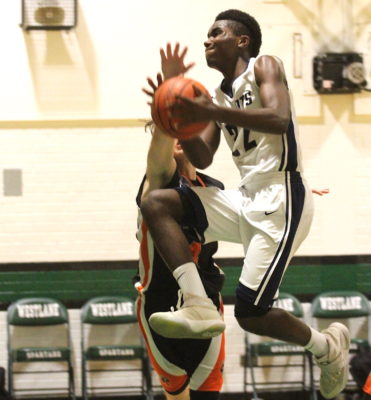 The 6-foot-1 guard could easily have had more than 20 points in the game, but he uncharacteristically missed a number of layups and easy shots.

“Today was an off today,” the Grade 12 student said. “It felt like my shot was a bit off and I usually make more shots.”

He blamed his shooting woes on the exam break and Mother Nature, which forced the cancellation of one practice because of snow.

One thing that wasn’t off for the third-year senior was his anticipation in creating steals and being in the right spot to get rebounds.

“I am really aware of what’s going on and I look at their eyes to see what they are going to do before they do it,” he said.

Kariuki is ready and willing to do whatever is needed of him on the basketball court.

“I can be a guard and I can also be a big man if the team needs me to play inside,” he said. “If they need me to handle the ball, I will handle the ball.” 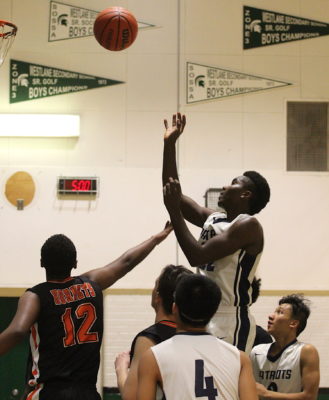 Kariuki was a wide receiver, safety and kick returner on Saint Paul’s football team and also plays travel soccer with the Niagara Falls Titans. Basketball is his favourite sport and he’s hoping to play at the post-secondary level. A few schools have already expressed an interest in him, including University of Toronto Mississauga.

“I need to make sure that I am a better shooter and my foul shots,” he said.

However, athleticism won’t be an issue.

“He is about as athletic a kid as we have ever had at our school,” Saint Paul head coach Frank Capretta. “I think he is one of those kids who could be good at whatever he does.”

Although he didn’t show it Thursday, Capretta describes Kariuki as a finisher.

“He can shoot, but we would never classify him as a great shooter because he lacks confidence at times,” he said. “He is a better shooter than he thinks he is, but his strength is he doesn’t have an off switch.

“He is always going and has a great motor.”

The Patriots had only practised once in the past six days and Kariuki showed no signs of it against Stamford.

Capretta feels Kariuki has a good chance to play at the next level.

“A kid like that has to play somewhere, but everyone’s caught in that fourth- and fifth-year thing,” he said. “Everyone wants kids to be mature and older and he has some decisions to make at the end of the season whether he wants to leave high school after four years and try and play somewhere else.”

The key for Kariuki will likely be getting in the program that he wants to get into.

“Ultimately that’s the goal,” Capretta said. “Eventually they have to become tax-paying citizens like everyone else.”

He feels Kariuki will have a number of options to choose from when he’s ready to start his post-secondary education.

“He could probably play soccer and basketball,” Capretta said. “That’s how good he is.”

The Hornets, 3-2 in Niagara Region High School Athletic Association play, were in tough against the powerful Patriots.

Stamford trailed 27-10 after one quarter and 47-20 at the half before Saint Paul cruised to victory in the second half.

“They are a really good team and obviously well coached and we did our best,” Stamford coach Jamie Clarke said. “We tried to handle their pressure the best we could and we improved as the game went on.

“Overall I was happy with our performance and we are looking to improve upon it and learn from this game.”

“The best teams certainly challenge you and they let you know where you stand,” he said. “It is a good measuring stick and we know what we need to work on.”

Capretta was happy with the win, but felt his team’s performance was inconsistent.

“We looked great at times and sloppy at times, but everyone is in the same boat right now coming off exams and not really having a chance to practice,” he said. “But it’s important to keep playing games and gaining momentum.”

A.N. Myer player of the game Nick Murdaca had 16 points to lead the Marauders to a 50-45 victory over the Westlane Spartans Thursday in opening day action at the Review tourney.

Myer will play Centennial in the championship semifinals Friday at 11:30 a.m. while Westlane will meet Niagara Christian Collegiate in the consolation semifinals at 8:30 a.m.

Up next (all games at Westlane): Saint Paul plays Saint Michael at 1 p.m. in the championship semifinals and Stamford battles Greater Fort Erie at 10 a.m. in the consolation semifinals.